Recently a trufax was revealed that has sent ripples of “oh no” through the kpoposphere – k-pop label Blockberry Entertainment have been reported to be in a little bit of financial trouble, with claims of large debts to third parties and plenty of unpaid staff.  While I can’t verify the validity of the reports, k-pop fans are naturally concerned that Blockberry going bust might mean no more Loona and therefore no more … um, songs by Loona.  Of course, I am concerned about this too, so I am doing what any sensible person in my position would do, which is thinking up ways to avert this potential crisis and publish these methods on this website so influential people might notice and act on these suggestions.  Sure, I’ve told readers about products they can buy to support Loona before, but clearly this isn’t working and we now have to escalate the situation and step it up a notch.  So please enjoy this short list of ideas I came up with, and I hope you find them useful, hopefully one of them will reap rewards soon and then we can have another Loona comeback that hopefully won’t suck as much as the last one did, or at least a “Sticker” dance practice video with Loona girls in it.  Also I need the web traffic because I’ve got a ton of Nugu Alerts in drafts that I’ll publish soon which nobody is going to want to fucking read, whereas a shit low-effort listicle is good for clicks from k-pop fans, so let’s do it!

As soon as I first heard about the Loona financial situation, I did what any sensible person would do, and looked for Loona stans that I know of who happen to have money, to see if they could give Blockberry a little bit of financial help.

Gosh that Mr. Musk looks like he’s a Loona stan and he also has more than a few dogecoins, doesn’t he.  I figured that perhaps he could lend a hand.

I’m sure Mr. Musk gets begging requests all the time though.  It’s probably rather annoying being a rich cunt and getting requests for money constantly.  However if begging doesn’t work, I suppose you could try guilt-tripping:

Another strategy you could try is aegyo.  I don’t know if he’s really into that, but he did date Grimes for a few years and she has a voice like a whistling kettle on crack so it seems like he could be.

Of course a billionaire isn’t just going to roll over and play nice and be extra generous just because he had an extra coffee that day.  Successful businessmen are used to making deals that are mutually beneficial, so perhaps if you can present the offer in such a way that he feels like there’s something in it for him, he might be more keen to take it up.

However I think what someone with that much money probably likes the most is a bit of healthy competition.  Given that Elon Musk recently passed Jeff Bezos as the world’s richest person, I feel like tapping into their apparent rivalry might bring results:

I guess we’ll soon find out of any of this is working.

Many people may be wondering how Blockberry got into such a financial pickle like this in the first place.  Haven’t Loona been collecting endorsements and gaining popularity?  As discussed in previous Kpopalypse posts, isn’t their parent company Ilkwang Group a multinational arms dealer in good credit standing with many of the world’s despotic regimes?  It’s a reasonable question, and the answer to it lies here: 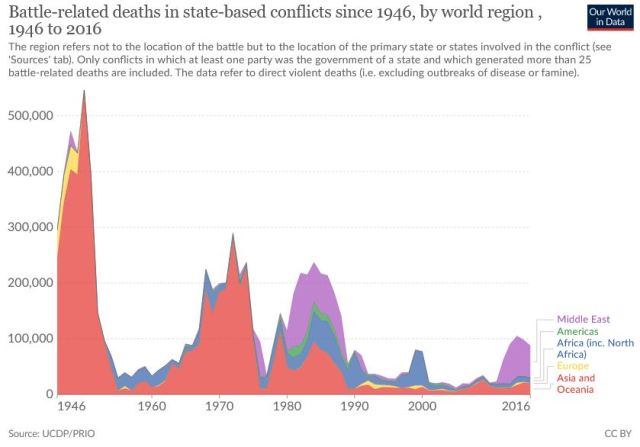 As you can see, on a global scale, we are living in relatively peaceful times.  Like a marimba in a k-pop chorus, war is simply a little bit out of fashion these days.  With the United States recently pulling their troops out of Afghanistan, even the country with the top-tier record of invading other countries and killing people for no reason is now kind of at a loose end.  This lack of global conflict of course creates less demand for Ilkwang’s products, which then in turn means less money that can be siphoned off into subsidiary companies like Polaris and Blockberry so they can make girls dance in rows and do the heart shape.  So perhaps what we need is a new war to be created, so all those Americans who love shooting things can stop sitting around scratching their butts and use up some bullets and bombs so they can then buy some more of them from Ilkwang.

I suggest Australia as an ideal target country for invasion by the Americans.  Most of you probably know about the Great Emu War, where the Australian military lost in a battle with huge birds that can’t even fly.  Perhaps the Americans could come here and give taking on the emus a try – sure, they would lose, just like the Americans have lost every other war they’ve been involved with since WWII, but remember that the point of an American war is never victory, but to keep members of the military industrial complex employed, and this war would definitely be no exception.  As the Australian forces found out, there’s nothing like trying to kill an emu with a machine-gun to waste munitions quickly, so the US military should be writing big cheques to Ilkwang after only a few short battles. 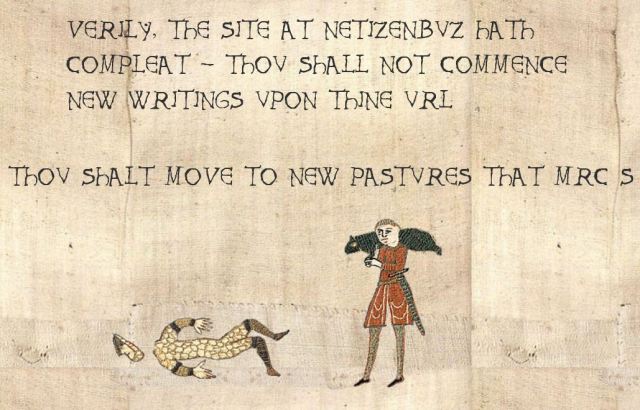 “Wait, that trash site that was under Kpopalypse boycott, until it recently imploded?  Kpopalypse you can’t be serious?” I hear you ask.  Of course I am serious about this.  Remember that Netizenbuzz first ascended to fame due to mistranslating, negatively editorialising and generally cherry-picking its way through the T-ara controversy of 2012.  Remember also that T-ara only really then started making huge, huge bank when they said “fuck these Korean clowns who aren’t showing us any love even though we’re still smashing their charts” and crossed over into the far more lucrative Chinese market a few years later.  Perhaps we can bring Netizenbuzz back and she can translate some hate comments about how Chuu bullied Elon Musk into sending her a Tesla car, and then Koreans will get so pissed off at Loona that they will feel ostracised from Korean society and have to move into Vivi’s parents’ tiny flat in Hong Kong and make some goddamn money for a change.

It’s clear that the Blockberry CEO can no longer be trusted to make financial decisions.  Perhaps if he just bought a bunch of pot noodles and snacks like Yeojin, instead of blowing millions on ultra expensive-ass videos for shit songs, we would still have a financially secure Loona today.  Yeojin seems like a responsible young person, I vote that she takes full control over Blockberry’s finances and absconds to the convenience store with the company plastic whenever the CEO starts lathering himself up with fantasies about dressing up Olivia Hye like a race car driver and making her do the splits while ten stuntmen do burnouts in a tight circle around her all at the same time and fireworks go off.  In the absence of sensible financial management, frugality is the way to go, starting at the top.

Surely some Chuu aegyo charm would be enough to convince Loona’s creditors to waive their debts or at least buy the company a little more time until Loona’s creative directors can find a way to produce at least one more feature track that doesn’t suck ass.  If not, there’s always Chuu’s barely-concealed potential for extreme violence, which has been long documented in Kpopalypse computer games and fanfiction and which will probably be coming to a news report near you soon.

That’s all for this post!  Hopefully you find these suggestions useful and we can see some of them implemented soon!  Kpopalypse shall return!