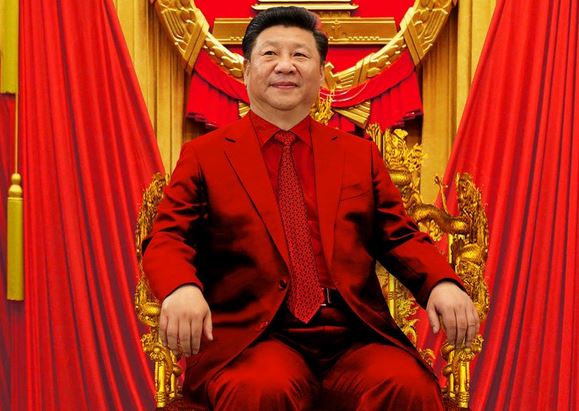 Xi Jinping looks like one of those effeminate swag boys if you ask me. He’s not censoring k-pop, he’s just removing the competition in preparation for his comeback.

The song isn’t too bad and the video is ludicrously pretty so I guess that’s a hard pass.

Lots of people being shot for seemingly no reason, so I guess Americans will like it, but normal people might find everything here a bit hard to care about.

There isn’t a CGI chicken that jumps out of nowhere which is a great relief, although I doubt these girls have eaten one fried chicken between them over the last decade.  If they don’t use the “behind the head” technique seen at 1:12 JYP himself probably slaps them on the back until they spit it out.

I guess every group has to have their tropical shithouse garbage these days, however most of them got it out of the way about three years ago.

An actual Lee Hi sighting makes this one of the top 5% of videos this year, let’s all petition AOMG to get her some decent tracks now.

Joy – Happy Birthday To You

I’m sure one day we’ll find out that the kid with the long hair raped his friend’s cat in grade school, but until then enjoy this.

This is the most leg flesh we’ve seen out of A.C.E in a while, but they’re going to have to work a lot harder than this to knock Wonho off his perch.

So will this particular not-Wonho.

The intro sounds like the sample machine is broken and repeating itself, the feeling of something being very kind of wrong never completely goes away but the song actually works despite it all.

I really like the analog synth in the video, pity it didn’t work its way into any of the actual music.

What’s going on?  Oh I’m doing roundup and listening to all the disappointing comebacks this week, how about you?

I guess having this shit computer gear from 30 years ago in music videos beats chucking them in a landfill in Bangaladesh somewhere.

Notice how the dog runs away every time he starts singing for more than a few seconds.  Good dog.

Who is going to stan Kairos instead of their fave, probably nobody.  These poor guys I hope they have a backup plan.

The sad thing is that the nugu boy group songs aren’t even as pathetic as the A-list stuff.

It’s really not that bad.  Okay, it’s not too good either, but at least it has leather pants, a fast tempo and a wire fence with random road signs pinned to it.  That’s three things more than the nothing most of the rest of this roundup has.

These guys look far too normal to compete with the purple-haired guy from N.tic who I know you’re still thinking about.

I usually just delete these shit lyric videos with lame home recording footage straight off of roundup without even taking a look because I know nobody gives a fuck, but I thought this one was interesting because at least it had an authentic Blockbuster Video sighting.

Did DJ Soda bring Ahin onto her music video and then get insecure in the editing room and demand that they give her all the best shots and Ahin barely anything because that’s what it looks like.  Anyway the music is trash, it certainly sounds like a DJ wrote it.

If that song title translation is accurate, isn’t it the worst song title you’ve ever heard?  “I don’t want good things to happen if I’m not involved” is some real “Twitter protection account” energy.

Why can’t he be more like Sungmin who is happy for flowers to just bloom without him having to manually open the petals to prove that he made a contribution.  Who am I kidding he probably has a molka rape dungeon like they all seem to these days, but at least it doesn’t smell like incel before he even opens his filthy mouth.

Kyuhyun – On A Starry Night

We’re into 1980s soap-opera style soft-focus territory and that means only one thing – shit ballads.  At least they put some decent effort into the light show.

It didn’t sound like tropical shit when it started but with that video choice I should have guessed where it was going.

You know that k-pop is having a year of weird twists and turns when a seven minute long ballad from Nell is actually reasonably good.

Some really seasickening camerawork going on here, as the camera zooms in and out crazily and tilts on its side for no reason, it’s like watching Battlefield Earth.

See, normal camerawork makes so much of a difference, I can watch Nam Sera here without feeling the bile rising in the back of my throat.  It also doesn’t hurt that the song is slightly better.

Not the sort of song KittiB should be doing.  Come on Black Nut we’re relying on you to provoke her into a response diss rap, those always have better beats than this.

Kissxs feat. Peakboy – Hands On Me

Nobody cares about the song but this is a really good looking video for two people I’ve never heard of, and the girl has Hayoung Apink vibes which is always a positive.

I like it how they pretend here that random video conferencing websites are all about singing songs, guys in wacky costumes and good clean fun times instead of some old dude scraping the smeg off of his dick and smearing it on the camera lens.

It sounds like what it looks like, for better or worse.  It’s kind of good that they got the video and audio so in-sync because they don’t give us much else to admire here.

I’m not sure what they were thinking with that rhythm section but it just doesn’t work.

Do religious people know how ridiculous they look in 2021?  God created corona specifically to send a message that he doesn’t give one solitary fuck about any of you, and yet still you suck his dick.

Okay that guitar in the chorus with the volume swells is actually a bit annoying, it’s like they’re afraid to rock out too much so they’re kind of testing the waters with the amount of distortion you can tolerate before you go “oh noes, it is too heavy, back to my coffee shop music please”.

I’m pretty sure K-Tigers are not impressed.

Trot seems like a good idea until you get past the top 5 songs everybody knows and hear all the other shit it produces and realise that it’s just as bad as everything else.

You see, “EDM” isn’t a genre label.  In fact it has no meaning at all.  Everything these days is Electronic, everything except a ballad is Dance, and everything is Music.  Calling this song EDM is not technically incorrect even though it’s as far apart from whatever you would probably call EDM as it’s possible to get.  So let’s just never call anything EDM ever again.

Korean rappers are weird.  They’ll occasionally do songs like this just to prove that they know what beats are, and then the next song will be some trap bullshit that just SUCKS incredibly.  So you can’t go out and buy their albums because you never know what the ratio of good to bad is, it could be anything.  At least the Americans know what side of the fence they’re on, and stay there.

Zelo – Back On The Road

I wish he would get back on the road and drive the fuck off.

Just go on YouTube and type in “surf music” and click absolutely fucking anything at all, I guarantee you it’ll be a better listening experience.

What the fuck is this shit.  I deleted the rest of these “my neighbourhood is the best and by the way I’m a fuckwit with no life, creativity or self-worth” series just to be on the safe side.

Nice try but it just sounds like the album filler tracks from the 90s.

Tiger Eats Toast, Hyun Jihoon – Why don’t you have a nice cup of shut the…?

Okay, here are some guys serious about taking Wonho’s crown.  Not they’ve just got to work on the music.

Doritori – Fake it until you make it

Why put weird shit on your face and sing R&B.  There must be a better life.

I’m not sure what’s weirder, how this doesn’t sound all that different to the original, or how it reminds me a bit of Iron’s “Rock Bottom“.

Did you know that back in the second generation of k-pop there was a group called Naked Girls, who would actually get naked on stage as part of their act?  Well now you do!  Of course I wouldn’t know anything about them but I’m sure that you can find out more if you do some research.  Who am I kidding, you deviants are probably already well aware of this group, it was a reader who let me know about them years ago in the first instance…

That’s all for this week – more roundup next week!