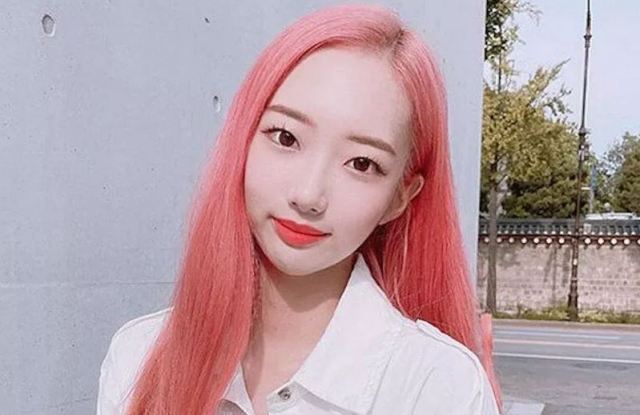 I-LUV’s Minah apparently just won the legal right to talk about her bullying without being bullied even more just for opening her mouth.  Which took about a year.  The k-pop world is lovely, isn’t it.

I held back roundup for this and I probably shouldn’t have bothered – it’s just some dull, very lead-footed funk song with a pretty good ba-dum-ba-dum section and that’s really all it has going for it.  Don’t get excited for IU, I’m not sure what she even did here, provided the real estate for the video shoot perhaps.  At least the video has lots of impressive special effects, the main one being Suhyun pretending that she isn’t more attractive than whoever your bias is right now.

AKMU’s other song is really good though.  It also has a cool video showing the interior of AKMU’s training boot camp where kids team up in squads and learn the combat skills necessary to one day fight against Korea’s shit music peddlers.  Which is just about everyone else in the list this week.  Be brave young soldiers, there’s work to do!

Bumkey ft. Babylon – All Of My Life

Whoever wrote this tropical-shithouse-by-numbers needed to do less dreaming and more music lessons.

Ateez – If Without You

Here we go again with the “for the fans” trash.  The fact that people consume “fan content” earnestly shows that there’s no hope for society.

Easily Seventeen’s best song yet, it doesn’t make much of an impression at first but the chorus riffs helps carry it through the darkness of k-pop falsetto vocal.

Alexa actually seems much more in her element when she’s not trying to convince us that she’s a cyber robot alien super-weapon or whatever.  The guy looks mega dorky so I guess she’s still pretty nugu, let’s cheer her on.

DPR Live is sometimes good and then you turn your back and he’s just randomly shit for no reason.

Having a subunit for a “band concept” group is really just simulating a band practice where half the members couldn’t make it because they couldn’t get childcare that day.

It’s okay but I was more focused on the impressive variety of jeans than the song itself.

There’s lots of littering in this video, not just the scene where the rubbish flies out of the garbage truck, but also littering of my audio space.  That’s a $500 fine per offence, Mr. Exo man.

Kim Sejeong – Baby I Love U

Worth a look on YouTube just to scroll down and see all the zomboid comments, and yes there are zomboid comments on any k-pop video but here’s it’s even more severe than usual.  It’s the same feeling that I get when I scroll down on any news report about COVID lockdowns and see all the Russian bots and edgy 69chan trolls complaining about how the news is lying to them and how their freedom to infect other people and kill them is terribly important.  Nobody sensible can relate to these people.

Ah, a “career montage ballad” in 80s glam rock style.  Nobody cares about the song, not even the people who wrote it, these are just about convincing you that person X is a Very Serious Artist and Gosh They Have Been Through So Much.

Everyone’s favourite nugu-friendly brick building makes a comeback, but W.A.O have a high standard to live up to when it comes to Korean barbeque themed songs.

My caonima song-submitters tell me that this lady was J-Sun from S.I.S.  I’m not sure if “DJ Ellia” is a worse name than J-Sun, because “J-Sun” sounds like “Jason”, but “DJ Ellia” sounds like she’s a DJ and that’s obviously terrible in itself.  Whatever the case she didn’t appear to take S.I.S’s songwriting with her so I guess I don’t care that much in the end.

A very similar but maybe slightly better song than DJ Eliia’s just due to less tropicalness.

When was the last time in human history a person who was really into hip-hop said “wow, I love it the most when they do the slow love songs”.

I feel like 015B just didn’t give a fuck about this collab at all, or they would have filmed this dude in more than 240p resolution.

Drinking Boys and Girls Choir – There is No Spring

This video made me so motion sick that I forgot what the song even sounded like.  So I turned my back to the screen and listened again and it was too late – I was already nauseous.  I hate it when videos do that fucking-around-with-the-horizon thing.  Oh well at least it was the visuals making me want to vomit and not the music for a change.

Proof that anyone can paint these days.  I’m going to throw a paint can at a canvas too and sell it for $5k why not.

Dindin, Min Kyung Hoon – I Should Not Have Loved You

I think I’ve found that guy from Hexagonal Water’s dream date – they both seem to have equal skills in dancing randomly in green fields.  It’s important to have common interests in a relationship.

What a waste of slightly below average CGI.

That guy from No Brain always sounds like he’s shouting from across a football field.  Now that’s a great ability to have but when I listen I just feel like I want to stop the yelling man by giving him a lollipop.

Really it’s just boy group music from 5 years ago in some unusual clothing.

I think this one has already expired, put it back.

Cool keys riffs here to get things going but when the singing starts it’s just directionless blues-based warble unfortunately.  With a properly written melody this could have been great.

I think I’ve finally found the problem with Sungwoo Junga’s lack of quality output, she needs to spend less time being a buffalo and more time being a songwriter.

A lot of trot tends to compensate for lack of a good melody by cranking up the tempo to mosh levels.  Sometimes it works.

The guy literally just hit random notes on the keyboard to make that riff.

I don’t want to listen to slow boring R&B trash music about Hyuna’s sex life any more than the next person.

Did they really just film a fight at the beach and set it to smooth music like it’s supposed to be cute and relaxing?  Koreans sure love that bullying, don’t they.

Not too bad but mainly notable for the cameo from Snakegate’s umbrella at 2:46

Not much of a song but the totally cute video is worth a look.  A pity they didn’t utilise Swervy on the actual track but she’s saved enough shit songs from her labelmates this year to have earned herself a rest so I’m okay for her to sit this one out.

Now I know why my pizza takes forever to arrive and makes me sick half the time.  I bet this is what is happening at my local pizza place.  Outlets that serve food should not allow filthy rappers spitting all over the dining area for public health reasons.

Ultra hideous and repetitive, even by yolo trash music standards.

Oh wait, no sorry – this one’s actually worse.  Get ready to laugh.

Okay, we’ve got one that’s actually kind of funny.  If your whole concept was rapping lyrics like this, you’d give yourself anonymised names like “Fred” or “John Doe” too.

Every car with a drop top should be taken off the road and melted down for scrap.  Only boomers and rapping fuckwits drive these things, nobody will miss them.  Like when the 0.2% of the population of your city gathers for a lockdown protest march.  Seeing dumb people be annoyed is just funny.

Come on guys.  I can’t see how “hardcore” you are when you keep jerking the camera around like that.  How am I supposed to be in awe of your sexy tattoos and black attire when I have a headache that isn’t even from the music?

Brave of him to show his DAW at work.  If I were him I’d be absolving myself of all knowledge and responsibility.

Monday Off With Bluesy – Take-Off

You kind of know with a group name like that, not to expect too much.

I was expecting some yolo crap and instead I got some Jason Mraz type crap.  It’s nice to be surprised occasionally.

Cheeze and Stella Jang are both quite attractive but in another life if I were to date either of them how would I break it to them that this song sucks.  This moral dilemma will haunt me for at least the next ten minutes.

Sure, rabbits are cute, but they really do breed quickly.  You let just one rabbit through the gate in some k-pop group, and suddenly there’s whole goddamn families of rabbits popping up everywhere.

RETRO VIDEOS THAT ARE FOOLING NOBODY SECTION

It’s nice that 80s filters and backdrops make video creation easy for people with no money, but it can’t hide the fact that we’re just listening to the same old trot stuff wearing a neon hat.

These guys can’t decide if they want to play with mobile devices or ghetto blasters.  You can’t have both.  In the meantime their music sounds like New Kids On The Block which isn’t 80s or 90s, it’s just shit.

Someone asked me if I was interested in this.  We should all be interested in this!  In their own words “it’ll show you more thank you think”, so we need caonimas to check out this show to see if it meets objectification standards.  I doubt that N.O.M will disappoint, they seem very determined and we all know their track record by now.

That’s all for this week – roundup returns next week!