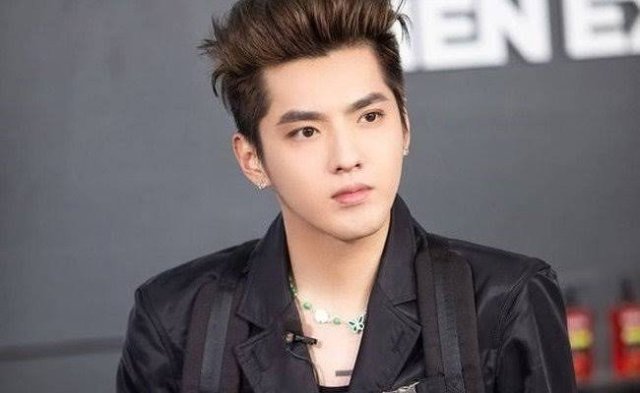 I bet all those people who voted for Kris Wu in the Objectification Survey feel a bit silly now… oh wait, nobody did. That’s okay then, I guess you’re smart folks after all.

This stupid fucking Pepsi ad is actually significantly better musically than anything else Brave Girls have put out since they debuted.

What is even the point of having a “subunit” when you’re a “band concept” group.  Nobody wants to listen to half a band.

Just a little bit too painful to be any good.

Taemin – Just Me And You

I like how they form a swastika at 2:20, that’s pretty impressive.  Don’t worry kids it’s definitely not racist because the swastika is both black and white.  They were very careful about that, I think.

It doesn’t matter how much bullshit happens, k-pop fans never learn, do they.

Alexa looks good when she’s not in a tribal lycra spacesuit, but whoever lent her St. Anger’s kick drum needs to be banned from the recording studio.

I criticise this “band way at the back where they dare not show their faces” setup a lot, but pair it with some sterile R&B trash and it actually feels a lot more appropriate.

Kim Sejeong – The Story of the Sea, Flowers, Stars

Lana – Flyin’ in the sky

Terrible song but at least the video mrcs

Fascinating in its incompetence, I feel like I’ve found the third generation’s A-Force.  All that’s missing here is a crab dance.

SG Wannabe – You’re The Best of Me

Do we care about this group?  No?  Great, moving on, then.

It sounds as wet and miserable as it looks.

What’s with the “ride or die” stuff infecting k-pop lately?  Ride what exactly, the nugu park merry go round?  Blackpink might have some good songs but they also have a lot to answer for in terms of making the culture of k-pop in general really a lot more shit than it was before they debuted.

Apparently this is an old song by someone, but I’ve forgotten who, and I’ll probably forget this version too soon enough.

One of those songs which you know is going to be trash right from the very first note.

The way she sings it, it doesn’t even sound like a swear word, no wonder she probably thought it wasn’t one.  Hey at least it’s honest.

This girl was from Berry Good but honestly I can’t even place her, she must have had a lot of work done since then.  Her new song isn’t too bad, it has some pretty different backing treatments that you don’t hear a lot, at least not in k-pop anyway.

This song was so boring that I spent its running length checking in with my employer and working from home unpaid for a few minutes.

It’s almost good, just a little less of that hideous high male “soulful” vocal dominating everything would have made this really great.

There’s so many k-pop groups that you wish you could blast into space and forget about, and then when someone finally does it, it’s to one of the good ones.  There’s no justice.

Lots of sound, no song.  My butt feels very unkicked.

The FunCity – The Festival of Wrath

Whenever I see guitars shaped like that blue one in guitar shops, I always used to wonder “what deranged people actually think this guitar shape is okay?” – I guess now I know.

I resent this video because the guy is making slap bass look really easy and I’ve been working on that shit for months and I still suck.

I was not patient enough to listen to this all the way through, and you won’t be either.

Her other song is more shitty pop.

We are at that stage in society now where “I want you to be in my pics” is considered appropriate romantic love song material.  Aliens, just come and take us out with a planet-busting gun or something.

For some reason I thought one of the girls in this video was Loona’s Chuu for a few moments, maybe it was the hair.  Anyway I was wrong so no need to get excited.

Yungdan – Please Don’t Smile At Me

Broccoli, You Too – Struggling

I’m struggling to listen to this trash.

Waits until nearly the four minute mark to start rocking out, and by then you’re already asleep.

There’s some nice crunchy sounds here but it’s still not a proper beat and this one doesn’t quite make it over the line into good music.

Who lets these Autotuned losers into the sacred H3athr Sun nugu neon room.  Are there no standards anymore?  If you really loved god you’d trust his ability to give you a natural voice and stop using that machine shit.

Hear how this song doesn’t suck?  Also notice how little singing there actually is, and how the music is given lots of space to breathe?  There’s a correlation here, folks.

Song is boring but support her anyway so she can buy a flatscreen and stop having to cart that CRT around.  CRT monitors belong in toxic e-waste trashheaps in Bangaladesh and nowhere else.

Wow, a Korean rap song with a beat that goes hard, we don’t hear this every week.  The lack of charisma is somewhat of an issue, but I guess Korean men gotta face the facts that they’re not as cool as the women and just make do I guess.

Speaking of which, so many Korean dudes have been caught doing dodgy shit that when they write these “I’m so hurt by love” type songs all I can think of is that it’s probably sour grapes because she was smart enough to find the molka cameras and dump him before he filmed anything.

“That other gay Korean guy who nobody cares about because his songs all suck” just did a new thing.

Coronavirus, taxes, and rappers singing like they “mean it”.

What’s a pogba?  Don’t answer that, I just realised I don’t care.

It’s always weird to me when they change the beat up to something much better halfway through the song.  If you actually know how to not suck, why not just not suck all the time?

Nobody would have missed this if I left it out of roundup but here it is anyway.  Enjoy scrolling down.

If you’re expecting something that actually sounds like surf guitar music, get ready to feel let down.

“Songwriting is my flow”, sorry but citation needed.

Hynn, Kim Jaehwan – Weekends Without You

What is that album he’s holding at 0:30, I want to know because surely whatever it is the music on it can’t be any worse.

The “some rando dancing” video can work really well, but it doesn’t here because the song is boring and the dancing isn’t all that great either.

This one’s dull too but I’ll admit the arm-flail at 2:09 is sweet – or it would be if they didn’t put an edit in the middle so your eyes can’t properly digest the movement.  It’s like that time that Apink did that amazing illusion dance but they edited it so poorly in their MV that nobody knew how impressive it was until the choreo versions came out.

Okay, someone made the “Enter Sandman” riff into a jazz song, and not a joke this time but for real.  Korea really is a parallel universe of coffee shop bullshit music, isn’t it.

Dump him and his white-shirt-wearing ballad-singing ass.  You can do better.

That’s all for this week!  Kpopalypse roundup returns next week!