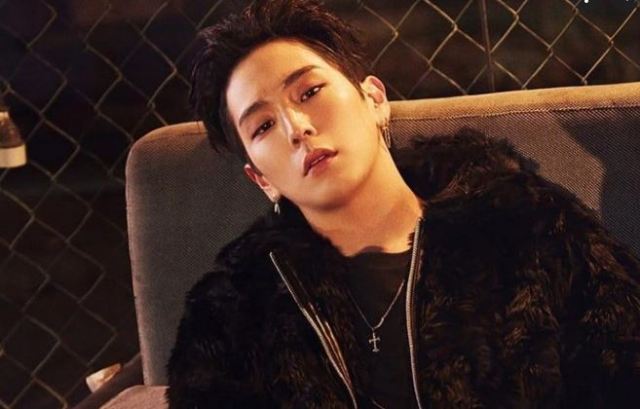 In 2012 B.A.P had international k-pop fans in the palm of their hand with their great punchy rock-based debut songs. Then they gradually mellowed out into more and more coffee-shop crap and now it all ends in tears 9 years later with the group scattered to the winds and ex-member Himchan charged for multiple crimes and attempting suicide.  Don’t go out like that, folks – stick to rock music, being a good person and keep rocking. Don’t end up like Himchan.  Ballads are no fun.  Ballads endanger the life and happiness of millions.   It must stop.  We appeal in particular to the youth of today.  Stop the ballads!  There are better things in life.

It kind of makes sense that Brave Girls haven’t really changed anything up, because why piss off your audience now that you finally have one, but just because they have an appealing rags-to-(sort of)-riches story doesn’t automatically make their music any better.

And this is no different.  I guess they’re going to be too scared to deviate from their current sound for a while.  Make hay while the sun shines I suppose.

The kind of moody, dark, ridiculously scooped-mids guitars, double-kick-banging k-pop/metal hybrid that Dreamcatcher have always threatened to do but consistently won’t (at least not in Korea).  If only this had the same production budget.

Actually one of the better Seventeen songs just because of that inappropriately-farting synth bass in the background.

Stray Kids do about the best they can with some weird trap ballad format that was doomed to failure anyway.

Oh it’s that “shitty pop” girl again.  One day she’ll focus on music rather than aesthetics and an actual song worth listening to will pop out.  We’ll keep waiting for that day.

I expected some horrid Christian crap, but it isn’t even that good.

Yugyeom feat. Grey – All Your Fault

Now that GOT7 are no longer with JYP the quality control is completely gone and each member is contractually free to spam us with as much shit R&B as they think we can handle.

If I wasted my youth in Sonamoo I’d probably sing miserable downbeat ballads to try and get over it too.

Ovan – I Am Yours

Just putting this late-breaking trash here now so I’m spared from covering it next week.

Worth it for the needlessly weird video, which is probably only topped by that other video he’s in where he got to literally be Hitler performing at a Nazi rally and nobody even noticed or cared.  You’re going to ask me “when the fuck was that” and that just proves my point because nobody even remembers, we just gave him a free pass and forgot about it.  Meanwhile all Sowon has to do is flash a flirty eyelid at some guy in a dapper suit and suddenly she’s the Holocaust personified.

015B are really good at recreating all types of music from the past, which includes the boring crap your grandmother used to listen to at 8pm on a Sunday at the old folks home.

Sounds terrible like horrid Australian punk bands that aren’t.  Have any of you heard The Saints?  No?  Good.

Luli Lee is a cool name, I expected better music and a less ugly video.

ClaD – Pass Me Through

Actually it had potential but the problem is that there’s too much singing.

You couldn’t do this where I live, the magpies would swoop you and take out an eye, or at least rip the weird seatbelt-thing off your dress.

Agreeable dancing with weird guitars, I can dig it.

9 and the Numbers – Opening

If you’re on any kind of label with “entertainment” in the title, I think you have a legal obligation to be more entertaining than this.

Hey here’s a song I don’t hate.  Just thought that was worth mentioning.

“Road-worn” guitars are a nope.

Every good rock song in existence has a video where the camera is on a rail and spins around the band for the whole thing, it’s a winning format let me tell ya.

One thing you won’t ever see on my site is kimchi cooking tips.  Kimchi is trash, just the horribleness of tinned sauerkraut with too much chilli added just in case you thought tinned sauerkraut was edible.  It only works as a side-dish because it’s only edible if you have it with something completely different to mask the “flavour”.  You can tell by the way these guys sing about it that they know Kimchi is one big fucking joke that Korea is playing on the rest of the world, and so do I.  You can’t convince me otherwise.

I think the countryside here is supposed to look naturalistic but it just looks to me like he’s singing in a ditch that earth-moving equipment created before they put the foundations for an apartment building up.

Is this meant to look cute or just stalker-ish?  I’m not sure but it’s seriously entertaining.

Eh, more boring R&B – apparently a friend of Jimin Park or something and it figures, sounds like they’re using the same songwriter.

It just looks wrong when he mimes her words.

Some music just isn’t even worth the energy to shit on.

Oh look out, this one has a beat!

Another song that is much better than expected.  The unusual instrumentation really helps mitigate the usual R&Bisms.

A “microdot” is a spy device where lots of information is stored in a format that you can’t read, but even if you could read it you probably wouldn’t care what was on it anyway and it wouldn’t affect your life too much, so it’s a perfect Korean rapper name really.

Aren’t these people kind of known or something?  Don’t the have standards to live up to?  No?  Okay forget it then.

J_ust – Rain In The Night

The video starts with coffee being brewed – thanks for the warning I guess.

Neofolk with all the interesting darkness removed just kind of sounds like children’s music.

See that super-fit physique with the broad shoulders and muscles?  This is what your female k-pop bias actually looks like, the clothes just don’t accentuate it.

Onewe – Rain To Be

Seeing these guys mosh out to a song that makes Mumford & Sons sound like Cannibal Corpse is a lot of silly fun and it got me through the disappointing song, it’s the opposite of that Russian guy who energetically mimes electric solo on acoustic.  The drowning stage is also a great idea, there’s so many groups I’d like to see do this video concept for all sorts of reasons.

Here’s one who can’t make his mind up whether he wants to look convincing or not, with electric guitar outdoors and acoustic guitar indoors.  Maybe they thought it was going to rain on the outdoor set and figured the electric guitar would survive the water better without getting damaged.

WHY NOT FAP TO GUYS SINGING IN MANDARIN SECTION

WayV – Kun&Xiaojun – Back To You

Mandarin is the sexiest language in my opinion, it’s like the French of Asia.  If you agree and you’re also into k-pop boys then this one’s for you.

I wouldn’t know if they’re speaking it right or not, I didn’t get taught any foreign languages while growing up, for all I know these guys are just gargling balls in their mouth.  It does sound good though, if I were gay I’d be into this.

BamBam himself sort of fades into the background here, even with his laughably moronic “skrt skrt” nonsense, pink hair and mother’s knitwear he still gets upstaged by the set design.  In the meantime all the mute backing dancers completely steal the show.  That one girl who dances with BamBam in two tiny shots totalling 0.5 seconds has Oh My Girl Yooa vibes, for all I know it is actually her given how little the editor could be bothered with letting us see her.

Just another trot song on RIAK channel the home of bizarre trot videos by ahjummas you’ve never heard of, but the girl in the dance group who turns up halfway through as Red Riding Hood or whatever the fuck she’s supposed to be I don’t even know is a Suhyun-beater, someone give her a contract with three meals per day, no more than 8 hour work days five days per week and creative freedom kthx.

Punch breaks the “all OST’s are shit always and forever” rule for some reason.  She’s always great in OSTs and absolute shit everywhere else.  Perhaps she’s actually lucifer?  Or maybe the guy writing all the Korean OSTs really likes Punch a whole lot?  Who can blame him, Punch is cute tbh, underappreciated.

Actually it’s just a bunch of random Olivia Hye moments.  If you really want to see some Olivia Hye moments that actually do scream power (but are fictional), you’re going to have to play the new Kpopalypse computer game “Try Not To Have Gay Sex With Yves 3 – in 3D”.  Currently in testing, this game will be released this week – yes, in time for Pride Month this year!  Expect it fondly!

That’s all for this week, Kpopalypse roundup returns next week!  Also don’t forget that the KPOPALYPSE OBJECTIFICATION SURVEY is still active, so get onto it if you haven’t yet and have your say in important visual k-pop criteria!  Stay safe, caonimas!