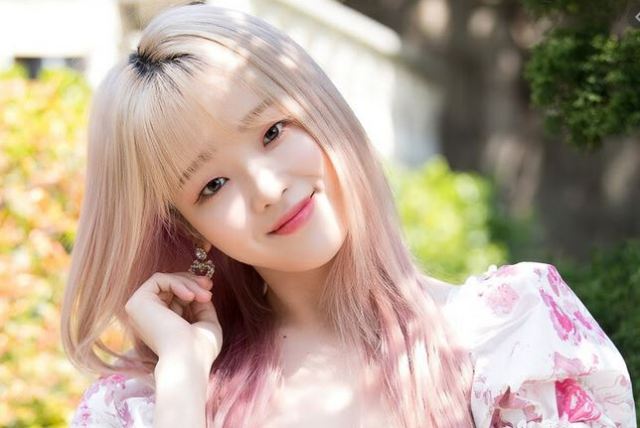 Actually I was gonna post a picture of Tank but he’s kinda ugly and I don’t think anybody sane would click on his head which is even balder than my own, so Oh My Girl’s Seunghee it is.

At this point I feel like Blackpink have done a reasonable job of  advancing past the “2NE2” tag and have mostly carved out an identity and sound for themselves – except of course the ballads, which are still just as shit as the ones YG was pumping out 10 years ago.

I’m glad Kim Nayoon never made it into WJSN debut lineup because if that happened, ripping on WJSN’s consistently mediocre songs would bum me out.

Starts weak but gets better as it goes, by the time the chorus hits it’s actually pretty good.

I’m even less impressed by this Taemin-by-numbers than this cat.

Imagine thinking that someone having an opinion about a slow pop song being a bunch of boring fucking shit is “edgy”.  What kind of sedatives are kids on these days where actually listening to music and expecting something more from it than just the same old bland entertainment for boring people feels somehow unusual.

Does Baekhyun really want to fuck a deer that badly that he’s willing to trot out the Michael Jackson moves?  Questions, I have them.

Park Bom ft. Changmo – Do Re Me Fa Sol

I wish they’d stop trying to make Park Bom look normal and make her look more like the android her surgeon is gradually turning her into.  I’m weirdly attracted to her and I feel like the ability for her to drain my wallet is vastly underutilised by her image team aiming for a naturalistic look which is never going to work and refusing to go “full Realdoll”.

Wendy’s stab at the epic power ballad is actually decent but suffers a little by just being a bit too smooth for its own good – this track is one roaring feedback-laced slightly-out-of-tune guitar away from being amazing.

That chorus might grate after a while, but for now I’m enjoying the messy upbeat vibes of a song that doesn’t seem like it was very well through through but sounds good anyway.  It sure is a nice change from everyone else trying to be SHINee five years ago.

Okay, why does this song have a better beat than 95% of Korean hip-hop?  Only the chorus is wrong, where it double-times in a really awkward way with far too much snare-banging.

Ever since Burning Sun, I’m always a bit freaked out when looking at YG’s newer boy groups.  I try to focus on the music but it’s usually crap so I can’t help but play “spot the guy most likely to run a molka harem” in the back of my head just to pass the time.

Rocking out is good but it doesn’t exempt you from not having a song.

I could probably get with this more if the vocal style was a bit more contemporary, and the backing track didn’t have that hideous Latin beat that also ruined the last 36 Mamamoo comebacks.

Dreary as dogshit, will probably clock up mad virtue points from other sites just because Susan doesn’t exactly look like the k-pop stereotype, but that’s because nobody who writes about k-pop really cares about music, they just want to check cultural boxes.

Her Chan Hoe – Olympics For The Same Season

You know that feeling when your teacher hands you a question sheet about a book you just read that sucked, and the questions ask what the meaning of different characters and situations are and all you can think of to write back is “you’re reading too much into it, it doesn’t mean anything, it’s just trash” so that’s what you write for the answer and then you fail and it feels completely unfair?  This song would be a good soundtrack for a scene like that in a film or something.

I really like the concept here and her attitude rocks but she’s rapping over the blandest generic track possible.

Here’s a ballad filling up space in the second half of a Kpopalypse roundup.  You already know to skip these.

At least this one tries to mix it up with the post-rock guitar textures, but it’s really not enough to get over the hump of dreariness.

The ballads really came out this week.  I didn’t expect the swing feel to just jump out halfway through but apart from that there’s no surprises here.

Cool and unusual backing choices grab the attention and get over the line what would have otherwise been pretty dreary.

Sometimes unusual is just bad though.  You can pretty much fuck up any backing track by mumbling characterlessly over the top.

Some rap track about reuniting with North Korea or at least shooting at them less or something, I’m not entirely sure.  Like most “let’s unite Korea”-themed songs it’s high on sloganeering and low on specifics.

Stands out for me because of how staggeringly downbeat it is, a sound k-pop doesn’t normally go anywhere near.  This type of ballad I can handle.

Here’s a pretty good nugu rock song which is better than all the other nugu rock songs this week.  They fucked up the release date by putting it out on April 1st though, if they waited two days they’d be in sync, oh well.

G-reyish – Blood Night behind the scenes, first week of comeback nerves after 6 months

I’m not entirely sure what’s happening in this video except that it’s got something to do with G-reyish’s excellent song “Blood Night“, but I don’t know if it’s behind the scenes of a video shoot, a live appearance, or something else.  I thought I’d highlight this anyway as I find that behind the scenes videos are useful for identifying performers, as the more distinctive aspects of their appearance are more obvious when the high-budget cameras and lights (that are designed to work with TV makeup to “smooth out” appearances) aren’t on them.  Thanks to this I’ve noticed that Yeso from G-reyish (green fringe) is definitely my favourite in this group and has a fairly unique attractive appearance which is unlike most k-pop girls, and therefore gains the distinction of “woman in k-pop who I actually noticed”, an accolade that is getting rarer and rarer these days.

That’s all for this post!  Please note that this is the last week that the latest Kpopalypse survey will remain open, so get your answers in if you haven’t yet!  Kpopalypse will return!