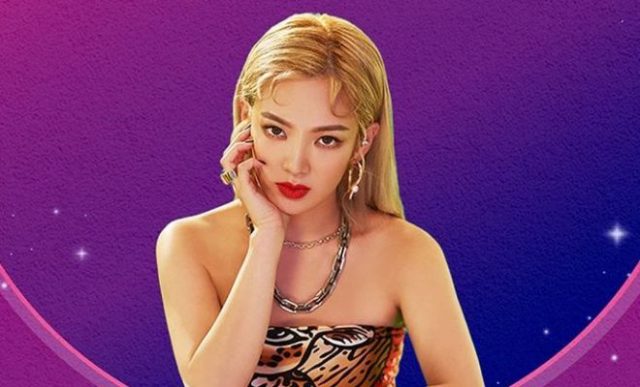 So apparently Hyoyeon has DJed at a club where some people were raped. She’s got that in common with Blackpink songwriter Loren, and also with Kpopalypse for that matter. It’s really common for bad shit to go down at clubs, that’s why most pro DJs just do their gig and then split ASAP afterward, they are just there for music and don’t want to get involved in the craziness. Unless you only DJ church weddings you’re always going to be rubbing shoulders with the criminal underworld at DJ gigs… wait, who am I kidding, religious people are the most crooked of the lot. Welcome to the music business, sorry, I mean welcome to life in general.

The thing about this 80s trend that’s good is that it’s forcing people to focus more on good melody, good chord changes, and less on stupid raps and other garbage.  I can dig it.  Yubin’s song has shades of Apink’s “Eung Eung” – not structurally (well, not any more than any pop song does) but in the choice of textures.  It’s not as good as that song – but it’s still enjoyably decent.

Youha’s version of a similar sound is even better.  Yeah I know this sound is getting repetitive at the moment, but we’ve put up with so many other bullshit trends over the years in k-pop, now that we finally have a good one let’s just enjoy it while we can, because like every new sound in k-pop it won’t last and will go through the same cycle that all the others do (except ballads and coffee shop shit ahem).

Alexa in ballad mode just sounds like everyone else in ballad mode.  She missed a golden opportunity here to bring her cool sci-fi style concepts to the Korean ballad and spice it up a bit, but oh well.

Haeri here rocking the Moonbyul style gender ambiguity, which is cool, pity about the song.

Starts off boring, but stick with it – it’s definitely one of the weirder k-pop tracks out there.  That decision to put the Barry White vocal in the chorus as a lower layer, I’m not sure how I feel about that yet, but it sure is different.

So women are objectified in k-pop more than men, you say?  Watch this all the way through and then tell me that again with a straight face.  Any k-pop girl group would be fucking crucified if they showed even 20% of what’s going on here.

I don’t mind the slightly unusual chorus and there’s no really crappy bits so that’s nice.

Digging the fashions and the clever budget set design.  Not so keen on the bland boy-pop which isn’t terrible but contains no surprises.

A pretty brisk tempo and clever use of dual vocal parts lifts up what otherwise would be a pretty average trot song.

Yeah, not with that beat.  Also what’s with the hard Autotune.  There’s just no need for any of this.

Sure, this is a shit song, but if you want a good tour of a studio’s acoustic treatments this is a good video for that so bookmark it if you’re into audio engineering.

No point making such a big display of the umbrellas guys, he was already wet.  Lots of pretty visuals here to distract you from the fact that this is a trot song in modern k-pop clothing.

Kangta’s face looks like my high school woodworking project that I got an F for.  Mind you, my art teacher was a dick.  If he was any good he would have seen my potential future as a plastic surgeon.

Jang Hanbyul – Used To This

Hey it has some good melody and some solid bass playing.  I could get used to this.

Oh my god, this guy.  This fucking guy.  Is there any excuse.  What’s that on his face, an e-card reader?

His YouTube channel is called “relax with Lex”.  That tells you all you need to know.

Looks like after LongD’s “Spacedog” video there were some props left over.

Just like the operating system in the video, you should upgrade this to something else as soon as possible.

Watch at 2:00 where he stops singing for a while and then picks it up again in the next line, he can;t even remember the words.  If eve he doesn’t give a fuck, what makes him think that we will?

Nothing special, the beat is tepid and that one-note chorus is boring.  Not showing CL’s face is suspicious, too.  I hope it’s just some misguided “art” decision and she hasn’t got surgery that is still healing.

Epik High ft. Heize – Based On A True Story

It’s better than this dull lounge song with Heize though.

The weird album intro rap ballad is actually the best song.  Not that it’s great or anything, but no guests is nice, this should have gone for longer and the other tracks should have gone back into the studio for a toughening up.

That’s not even my heading – the reader who sent this in wrote that.  They still missed a few of my faves, but then I don’t really want to hear people on a Corona collab anyway, Swervy even sounds odd like she needs to get tested, but most of the rest sound exactly how they always do over this strictly average beat.  If you want a list of who is on the track, in order, go to 20:36, thank me later.

Muzie ft. Sumin – Thinking About You

Just from how it starts you know that it’s going to be dull.

It just plods along.

It’s not just the Americans importing k-pop stars into their songs for some k-pop market traction.

Although of course it is also the Americans.

It’s the boring “let’s skip it” part of roundup in full swing.

The reason why there were no posts apart from roundup over the last week is that my hand really hurts from keyboard overuse, so don’t expect detailed writeups of why these shit songs are shit until it gets better.

It’s a bit late for the Christmas ballad, damn.  Maybe this actually came out three years ago.

The sad news is that Honey Popcorn disbanded the other day, although it probably actually happened ages ago and in typical k-pop “leave them guessing because nobody actually cares about the fans as much as they say they do” style the girls just took a while to eventually tell us.  Yua clearly finds acting in drama videos much more rewarding, as both her and groupmate Moko Sakura have been consistently starring in quality dramas before, during, and now after the existence of Honey Popcorn.  Anyway, please enjoy this look at what Yua Mikami would rather be doing instead of being a k-pop, as she prepares herself for scenes in her latest video at the time of writing SSNI-963, a heart-touching drama about a girl who just wants to win first prize at her local anime and video game convention’s cosplay competition, definitely a 10/10 performance.  Yua’s contribution to Korean drama remains unmatched by anyone else in k-pop!

That’s it for this week – more roundup next week!