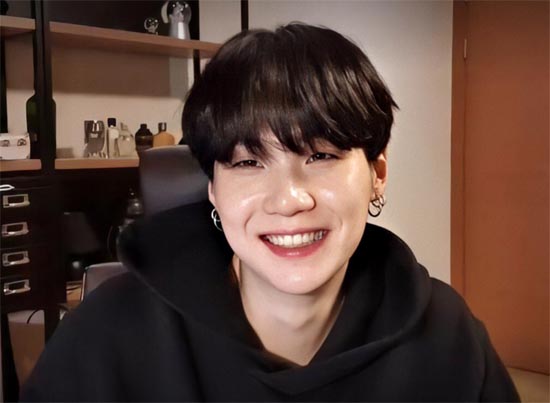 Gosh, Yoongi is looking a bit sweaty and clammy there, maybe it’s the humid “atmosphere” in Korea at this time of year.

The people who write all the music for Twice got drunk together and JYP said to them “I bet you a free consult with Nayeon’s dentist that you can’t use a tropical house theme and a dubstep breakdown and a half time trap breakdown all in the one song and make it not suck”.  Little did they know, JYP’s soju bottle was filled with spring water and there was no way he was giving away sponsored sessions with the bunny-flosser.  The joke’s on all of us.

Not at all what I expected from Swervy… but also actually pretty good once it gets going, sort of like BOL4 with balls.

The absence of a good song, also the absence of sensible fashions – it must have been hard work making Moonbyul look so awkward in that straitjacket/dress/suit hybrid thing.

The generically-okay type of song that all Stray Kids’ Japanese stuff is.

Just checking in again in case you missed it last week, letting you know that f(x)’s Victoria has not been vanned by the Chinese government yet.

Yoyomi’s dress doesn’t suit her but the song does, a 2009-style throwback which is actually pretty cool.

Any song with that fucking bird or whatever in it fucking sucks.

Moonbyul and Yoyomi might have poor dress sense this week but the award for k-pop’s worst dress definitely goes to Monsta X.

EDIT: I see you kids who can’t take any criticism of your faves found this one… and I was being pretty damn gentle here tbh, compare this to the roasting that almost everything else got – trust me, Monsta X got off super lightly.  One day you’ll grow up and learn to deal with someone else’s different and honestly quite mild opinions.  In the meantime, if you want to cry, cry.  If you want to look like the biggest bitch fandom ever, even worse than ARMYs, just complain more.  And if you want to fight, better learn to duck.  Sorry not sorry.

Hey it’s pretty good and holy fuckballs look at that keytar with the black keys, isn’t that the best thing ever.  Black keyboards matter.

There’s a pleasing level of songs this week that are just kind of okay rather than the absolute festering turds we’ve been getting lately.

Punch looks good and the song is even okay but they managed to make her look bland for this somehow.

Whereas here she looks better on the non-singing shots but now the song is bland instead.

No it’s not okay.

I’ve already covered this song and honestly I don’t like the acoustic version much, but there is cat content so stan UZA anyway.

Some songs you can tell are going to be trash just from the thumbnail.

It’s hilarious how you people never learn that submitting “but it got played on a music show!” songs is always a horrible mistake and I’m just going to shit on it every time.

Actually, I make an exception, this one is actually prett…. ah no it sucks too.  Had you going for a sec there didn’t I.

Okay, sometimes they’re okay.  This is better than his feature track.  Also a bold choice to actually sing it for real and reveal how bad a vocalist he is.

Yeah this is pretty bland.  It must be nice being the “designated Amber” in these groups and being grateful you don’t have to worry about dolling up for the gym too much.

K-pop fans lose their shit over “omg my bias has such stable vocals” but it’s all machine-stabilised anyway you dumb fucks.  Lady Gaga has something that pretty much no k-pop singer has – actual identifiable character in her voice.  That not a coincidence either, in k-pop they train the character out of your voice.

Notice how the boys and girls are all filmed separately, Woollim too scared to have these people all in the same room for more than the bare minimum three seconds at the very end of the video so all you obsessed pieces of shit don’t freeze frame the 0.02 seconds where they look at each other and write a 105-page shipping fanfiction based on it.

It’s always sad when music like this exists but it’s even worse when it’s from people who should know better.

Get out of the corridor we’re trying to get through to somewhere where there isn’t shit music.

And it’s the same sound again.  I guess there must be people alive who think music like this sounds good but I hope I never meet them.

It took this nugu to finally break the “producer’s curse”.  Or maybe she’s not nugu and I just don’t remember what group she was in back in 1983, but it’s cool and she looks great too.

Crucial Star are one of those groups that I don’t know any songs of but I know their name because they’re always putting out shit I don’t like.

You know a song is going to be terrible when the performer could only be fucked doing a video for half of it.

Everyone is supposed to give a fuck about Chungha for some reason but I can never manage it.

Now that SM have acquired all these nobody labels they gotta release stuff that would normally just go straight to Nugu Alert, which is kind of weird and cool, even if the songs themselves usually aren’t.

If you’re a vegan maybe skip this one as the power of metal will definitely compel you to eat barbequed meat.

I tried to think up a pun with the name “Jooboring” about how this was a boring song, but I got so bored by it that my capacity to think up witty roundup lines just kind of fell apart and I got nothing, sorry.

This is actually not bad at all, in the absence of every second k-pop group delaying their comeback some of the nugus have been killing it lately.

And another one that’s cool.  Also these guys got the memo about how watching Korean driving gives me anxiety and decided to use that to fuck with me in the video, points for that.

I had a dangerous dream that Korea stopped liking coffee-shop music.

Watch Nu’est’s JR and Aaron do what they’ve always wanted to do before they die – shoot guns at things.  Apparently dancing with After School Blue wasn’t enough for them to reminisce about on their deathbed, so they had to do this too.  I really liked the pistol on a chain, designed so if the Nu’est boys suddenly went psycho they wouldn’t be able to grab the gun, turn around and start seeking out fans to shoot in the head, which I’m sure is a temptation for all of these k-pop folks from time to time.

That’s all for this week’s roundup – Kpopalypse returns with more roundup next week!