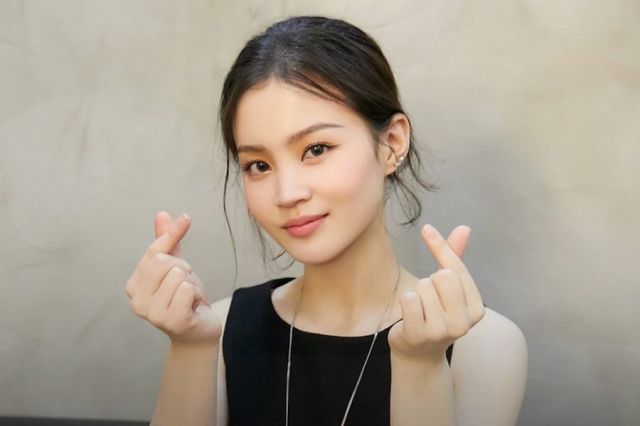 I know this is a radical thought, but what if maybe, just maybe, the unreleased Lee Hi album was a bucket of shit that just didn’t meet quality control standards?  That, or once Lee Hi hit legal age and didn’t have a look considered “marketable” enough compared to Blackpink, YG was no longer interested in promoting her, after all we know what he’s like.  Maybe the truth is a little from column A, a little from column B.

April pitch for a sleek, latter-day Apink-style reimagining, and they certainly got the look right, but the music sure is lagging behind.

Not a single fan wanted Oh My Girl to explore a tropical house/trap hybrid for their comeback, but the choice of melody is actually quite good and the results do kick off, at least until the trap shit grinds everything to a shuddering momentum-killing funeral dirge after each chorus. They do about as well with this doomed-to-failure format as anybody could be reasonably expected to.

It’s not quite the stomping hit that it needs to be to live up to Chungha’s massive unjustified hype-train, but it doesn’t suck the boatload of moose cock that the rest of her music does either.  Definitely a 10/10 for effort and improvement even if only a 6.5 for achievement.

I’m not sure if love is blind but I wish I was blind so I didn’t have to look at those awful cheerleading outfits.  Who the fuck likes cheerleader outfits.  Get some taste.

Apink JJR – Be Myself

The JJR unit has much better fashions, even if the song still sucks just as badly.

Solar – Spit It Out

By far the best solo track Solar has ever done, complete with outstanding visual design and Solar herself pushed into some slinky fabrics but not pushed into any stupid oversinging (for once), aren’t we all grateful.

Is Katie still in YG?  Does anyone know?  Hell, does anyone even remember her?  With maudlin songs like this, I’d say many of you probably forgot she existed.

K-pop’s latest stab at Nickelbackian average-rock is as boring as their last 286 tries at it.

It really is a week of k-pop women looking great and coming up with mostly average songs.

Her other song is however more consistent, because it’s musically and visually dull.

I guess he’s singing about refreshing his phone’s notifications page.

This harks back to the glory days of SM’s “box” videos, if only they put as much work into the song as they did into the great indoor environments.

This tropical crap’s only purpose is to serve us another one of those cringetastic k-pop English intros.

Let’s just ban grand pianos from Korea completely because nothing good ever comes out whenever you see one in a k-pop music video.

Obviously people will compare it to SHINee just because of the name, and I guess that’s probably the idea, but the only things the two packages have in common besides the name is some really stupid bowl-cuts.  When I was young a haircut like this was only administered as punishment.

You know a group really does have a broke-as-fuck agency when the costume department decide to make flannel shirts their “look”.

OTC (Off The Cuff) – Going Out

They should have used the cool chip-tune sound in the actual song itself and put the boring tropical shit in the intro instead.  Dumbass agencies.

Victon doing Apink visuals circa 2012 is something to see, but why do they all have this weird washed-out look that makes their necks bleed into their chins.

Kasper was kind of a cuntfaced mole when I tried to interview her pre-Unpretty Rapstar and I really wish she would embrace that aspect of her personality more and do more harder stuff rather than this soft wimpy R&B shit.  I’m just typing this in the hopes that she finds out I dissed her and drops an anti-Kpopalypse diss rap back at me, because we all know rappers always save their best beats for when they have to shit on someone.  It would get on my top 30 of the year for sure.  The things I’ll do for a decent rap track.

Speaking of which here’s a waste of time remix from another person who should embrace “asshole” as her brand more often.

There’s a reason why the song from Kim Wan Sun that made it into my Dark Ages k-pop post wasn’t this one.  For something that’s supposed to be a 2020 version is sure sounds pretty 1993 and not in a good way.

People think that all k-pop girl concepts are “cute”, “sexy” or “girl crush” but they forget about the important fourth concept “being bored on a carpet and then in a field”.

This two minutes of boring pissfarting around with analog synths is still more interesting than most of this week’s crap.

You’re in for a treat here.  It’s “The Room” of terrible trap songs.

I can’t believe this exists.  Maybe COVID-19 should just come and take us all.

Remember that guy Chaboom who had a good rap song a couple of years ago?  Well he’s actually made Sleepy kind of not suck for once, so we should be grateful.

Liquor ft. Sleepy – Nightmare Of You

Whereas you can’t really expect good music from someone called “Liquor”.

Mom wants you to make better music and stop drawing all over your hands and necks.

Using CGI to put in the cars you can’t afford into your sweg video is a great idea, pity they didn’t also CGI in an actual beat.

It’s almost good with that eerie bass-heavy atmosphere but he’s just a little too annoying over the top, and in the end you’ll wish those bruises on his face were real.

EDIT: I left the description out of this one because I just cbf, and can you blame me, probably not.

Oh lord she’s setting herself up for a roasting with that spoken intro about “responsibility to make good art” going into that terribly pissweak beat.  Some fruit are just too low-hanging even for me.

Most boring Raina ballad songs don’t even have Raina in the video, which is just doubling-down on their shittiness really.

Guess who the best artist on Hi-Lite is?  If you guessed this chick instead of Swervy, you guessed wrong.

Paul Kim – But I’ll Miss You

The feeling is not mutual.

With a song title like that I was hoping he might have done something upbeat for once, but this sounds exactly like his other bullshit song.

Singing in overgrown fields of some random weed is always a bad start to any song.

[IU’s Homebody signal] Who is the person that when IU reminding of the spring?

I’ve seen lots of people on my timeline trip out at the too-real relationship between IU and T-ara’s Jiyeon, which is definitely noteworthy in its own way, but what entertains me more in this video is just how much this looks like Maria Ozawa reading the news.  I’m not talking about what actually happens in that particular video, but the total air of transactional detachment present.  IU is surrounded by the kind of aesthetics that have followed her since she was a teenager, and you get pretty frequent flashes of “oh boy, I can’t wait until I get too old and ugly to pull off the ‘flower princess’ look, it better be close to my last hurrah doing this fucking shit”.  As a reader reminded me earlier this week, one of the best America films ever made is the film adaptation of American Psycho, the purely transactional sex with completely uninterested and over-it looking women is just IU all over, except in IU’s case instead of sex it’s posing with flowers in a white top looking “innocent” many years after sexual maturity.  The director of that film sure knew what she was doing, and so does IU.  Better believe IU means every word of “Bbibbi“.

That’s all for roundup!  Kpopalypse returns with more roundup next week!