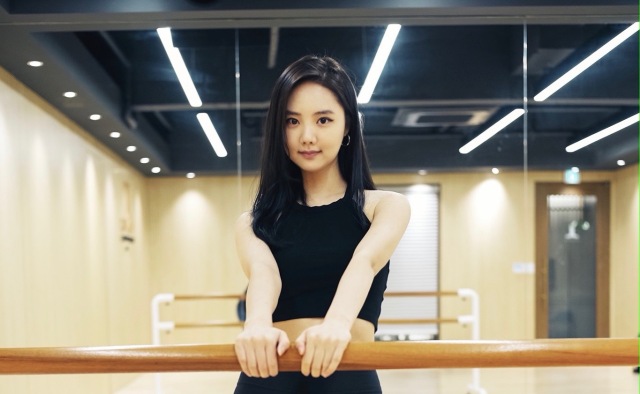 This is a photo of Kim Nayoon that she gave me for interview article usage that I didn’t end up using. She was a great pleasure to talk to and is generally an erudite and brave-hearted kind of girl with a mind of steel. She’s so cool that she didn’t even tell the lame people on k-pop reddit to go and fuck themselves in the ass with a broomstick when they started casting doubts on what she said in my interview like the no-life fuckwits they are. You should read her interview here because it’s great and I’ll always have time for this excellent woman.

Oh fuck it’s great, and I’m writing this review before the chorus even starts.  How did Apink get so good.  Also this is their first (good, proper) song in over a year, but their fanbase somehow didn’t seem to be annoying every ten seconds on social media about the “delay”.  Amazing.

On the other hand this fucking sucks.  Everyone whined because I left it off last week’s songs but not sure why people cared, it’s just generic bullshit with dumb drops for no reason and that stupid nursery-rhyme style chanting melody that all the new girl groups have now.  Music for idiots.

That maknae is looking a bit chunky, hopefully she’s not getting the shit bullied out of her by DSP staff, because we all know how little agencies give a fuck about their idols’ physical and mental health at this point.

UZA seems intent on releasing video content for only the weakest songs on her great new album.  Come on, do something for “S.O.S” so I can put you in a list again.

DeVita – All About You

I was wondering why DeVita sucks so much and then someone pointed out she’s on AOMG, makes sense now I guess.

Everyone on my timeline loved this song but to me it just sounds like an even more shit version of a Katy Perry ballad or something.

“A song for the fans” is just another way of saying “only a brainwashed fandom zombie would put up with this crap”.  Nice guitar though.

How fucking sad is it that the dude poses with drumsticks behind a drum kit but we have to listen to this stupid trap beat instead of hearing him actually play anything.

I guess 144p really is the new black.

Here’s a boy story: some k-pop boys had a group.  It sucked.  The end.

The good news: the two girls from Spica who weren’t in the group for looks have a new group called Keembo.  The bad news: their song is fucking boring showoffy bullshit and whoever wrote the better songs for Spica is clearly AWOL from this project.

I love it how these brainless DJ things are like 70% buildup to 30% beat when you do the math.

In 2016, Superbee said “I want to become a rapper that creates good songs for many to listen to.”  Keep trying, you’re not there yet buddy.

I’m not sure what to think about the fact that music like this is still being made.

Korean rap is weird, there’s no consistency at all.  Occasionally out of the blue a rapper will do something that sounds like this, and then next week they’re right back to sucking.

All the lame hip-hop I think scared Betsy away from being involved in roundup ever again.  Here’s hoping that next time she decides to dip her toe in, there’ll be less shit like this.

Can you be more boring.

How does stuff like this actually get distributed by k-pop video channels.

More of that boring R&B shit.

Okay so yeah she’s pretty stacked but there are also furries in this so I think that cancels out any benefits.

Sometimes being colour blind is a blessing, I can’t see shit here and I’m totally grateful.

This song would be good if it wasn’t so super bland.

Kassy – When Love Comes By

This is totally just a real estate ad pretending to be a music video so it gets more circulation.

This fairly average swing jazz knockoff is still by far the best thing Stella Jang has ever done.

Or even worse, this.  Nobody wants to hear this.

Rappers being “sensitive” is cancer.  Just rap about being a fuccboi, it’s what you know.

Song is shit but I thought that since I have a lot of lesbian readers they might at least enjoy the barely-under-the-radar homosexuality here a little.

Fuck, this lot look devastated.  Cheer up, it’s just a bit of social distancing, it’s not the Syrian war for fuck’s sake.

I don’t want to give Edward any traffic so you’re spared the full twenty minute video (which must have been excruciating for everybody involved), so here’s just an edited highlight reel of the fantastically awkward time three Loona girls tolerated being in the same room with noted superficial fat-shamer Edward long enough to do some of his makeup, as if he didn’t already have plenty on when the interview started.  The extra footage that’s cut in is honestly a bit unnecessary and annoying but the captions are razor sharp.  Hyunjin has to sit closest to him and has a death stare almost throughout, and the amount of times Yeojin (who is too young to have really learned tact yet) just stares at him like “wtf are you even on” is telling.  Clearly these girls were naughty in the practice room one too many times and this is their punishment.

That’s all for this week’s roundup – Kpopalypse returns with more roundup next week!