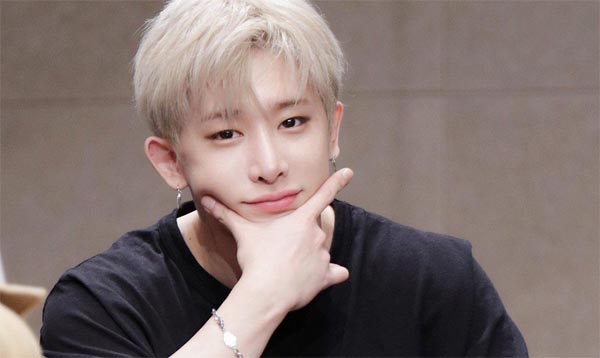 Wonho is back, well in time for 2020’s objectification surveys.  Rejoice, fappers!

I guess one way to do social distancing is to just go out with your phones in hand and take selfies outdoors and make that your music video.  Let’s keep 4m2 away from this song at all times.

Momoland’s “Bboom Bboom” on the cheap.  Not sure why there’s some blur filter all over everything, but Shinsadong Tiger on a budget doesn’t sound too terrible.

Dreamcatcher keep being good this year, the lack of guitars doesn’t even hurt this one.

Someone had the idea to throw a white sheet over it and forget it exists, and I can’t argue.

Her other song is at least a bit perky but it’s not enough.

On my livestream I played distorted guitar along with this song and it sounded way better.

Jackson surprises everyone by actually releasing a good song.  It only took him 57 cracks at it over five years.

Also not really worth your time.

Some very unusual songwriting here used to good and subtle effect, this doesn’t really sound like anything else at the moment.

This could have been better but the singer is let too far off the chain with not enough to do.

If there’s any silver lining to COVID-19 it’s that hip-hoppers won’t be allowed into hospitals to make their shit rap videos anymore.

Someone couldn’t work out how to turn the delay pedal off.

Definitely the best I’ve ever heard out of this guy but I got bored of that weird grinding sample after Skinny Puppy and Public Enemy both used it in the 80s.

That girl seems reluctant to pull the trigger.  I guess she hasn’t heard this song yet.

You know how some musical styles just turn to shit?

It’s nice that he can rap fast but what about making the beat fast, now there’s a thought.

Light blue is not a creative colour.

It’s a little bit vocally painful but I guess it’s still probably better than most of the shit this week.

Maybe next time leave the recording in the fire.

Worth watching for the first eight seconds, you can safely switch it off after that.

I guess Jackie Jackie Chan Chan is running out of money because this long-anticipated comeback is looking pretty cheap cheap and nasty.

Pretty heavy clothes for the beach, maybe she’s hiding a ton of drugs under there to sell to surfer dudes.

If Bondi Beach had looked like this with everyone keeping this level of distance from each other maybe the government here wouldn’t have closed it down.

If you’re going to learn how to draw comics, fuck anime up the ass – learn this style instead.

Playing bass while lying down is extremely dangerous to your wrist, you can actually break parts of it that way.  Here’s hoping.

There was lots of trash ballads that came out this week, and I deleted most of it from roundup because it all sounded exactly like this and was boring.

This song took about five seconds to play due to a browser bug, and it wasn’t worth the wait.

The guy is trying to get Yoohyeon’s attention with this shit ballad and she’s all like “I just leveled up and have to spend my energy in this game, can you just wait a few minutes kthx”.

The fruit is too low-hanging here, I’m just going to pass on this one.

You know you’re living in the future when people bond in ballad videos over virtual reality computer games.  I predict a lot more of this in the future.

I don’t know why this exists but I’m sure there’s a reason, and also it sucks.

It’s easy to blame sasaeng fans and nutty crazy stalkers for the way they perceive idols, and there’s no doubt that idolising strangers is really quite irrational and that these people who go the extra mile are really quite deranged and need help.  However the companies need to shoulder some of the blame for this state of affairs, for deliberately playing to the mental weaknesses of the dumber elements of k-pop fandoms with manipulative content that tries to make the lie of emotional attachment seem as real as possible.  Of course many don’t fall for this, but some do, and that “some” is still a decent chunk of people, enough to be harmful to all concerned.  It’s the same logic that drives Internet scammers – sure, 99% of the people won’t really believe that chain letter about the $6m waiting for them in a bank in Burnika Faso just like they won’t believe that their favourite k-pop girl really is the nicest person ever in the world deep inside just because she’s good at smiling and is pretty, but you sure can make a fuckload of bank out of that remaining gullible 1%.  People complain about k-pop fappers all the time, but recognising that this video and the hundreds of others just like it has potential value as cheap fantasy porn for some, but certainly shouldn’t be taken as anything more than a mere object of prurient entertainment, and certainly nothing that indicates the true nature of anything presented, or that is worth getting heavily emotionally invested in, is probably the most rational response you can have.

That’s all for this week’s roundup – Kpopalypse shall return!  In the meantime don’t forget that the latest Kpopalypse survey is now live!