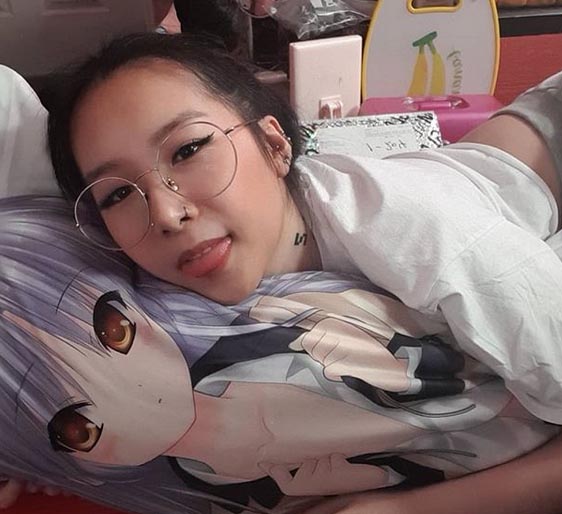 If you’re someone who only reads Kpopalypse each week for the snarky roundup where I shit on all your k-pop faves in two sentences or less for no reason other than my own entertainment, I highly recommend that you head on over and read my interview with Fiestar’s original sixth member Cheska, where she talks about her experiences in the group with an extreme realness which is rare among anyone who has experienced the world of k-pop first hand.  This picture is from Cheska’s Instagram and is great, it nearly ended up in the interview post itself, but I felt like the confidence of the workout photo made a better statement.

Itzy’s first good song isn’t perfect, and sure has a few useless sections, but the overall tilting away from shouty bullshit and into the better aspects of Twiceland is welcome.

Their other song isn’t bad either and I have no idea why it has grunge style riffs and distorted bass chords in it but it actually works a lot better than it theoretically should.

First their venue burns down, now their video sets burn down so they have to just improvise a video on the fly.  Good thing she’s rubbing those chopsticks together in close view of a fire extinguisher.  You can’t be too careful.

Similar to “Best Mistake” in terms of feel but nowhere near as good, unfortunately.

Kind of just rambles along with the same melody line over and over, quite boring despite some interesting rhythms plus a good effort to spice it up visually.

This is what Americans call “Latin” and what the rest of the world calls “boring”.

Well, that’s a new way to wear a belt.

The most interesting aspect of this is trying to identify the guys in Victon by their harness type.

It’s sad when you hear a song that has great potential ruined completely by hard Autotune.

Well it’s better than “Blockbuster” but then so is every other song that’s been in roundup so far this year.

If I ever get to work on a k-pop set I want my job to be deciding what arrangement to put the three fluorescent lights at.

Very cool, and greatly helped by the fact that the singing is dialled back to minimal levels.

Some of the most terrifying green-screen action you’ve ever seen, even nugus have nothing on Sunwoojunga.

Someone of Tiger JK’s pedigree should know better than this.

I wish I could.

Well it’s always good to have something to blame I guess.

This group with their mega-budget videos and their bullshit music.  Why.

So many accurate song titles this week actually.

Actually some great instrumentation here but the melody writing is just too dull for it to matter.

It actually improves a bit right at the end, maybe Edward Aliva left the room or something.

Dunno what I was expecting with that title, another Blackpink clone maybe, certainly not this boring shit.

Some ajumma with an acoustic guitar that looks about as shit as the one my father bought for me in 1988 makes a better fist of the typical Korean lounge song than most of them.

Look at the public transport as it goes by isn’t much better, but at least there’s a few shots of an old TV here to break things up a little.

I just want the person who’s suspending that mic down from up in the rafters to just yank it back up halfway through the song and say “right, that’s enough of that then”.

Some songs you know will be shit right from the very first note.  There’s no surprises here.

Suddenly I didn’t give a fuck.

Better than the usual ballad trash thanks to some unusually decent writing and well-arranged orchestration.

The most expensive k-pop merch in the world

Just putting this here because this video’s creator Jessica Viba had this entire video stolen by some lazy-ass author at the Buzzfeed of k-pop (you know who I mean) who just made a whole fucking article about it, copying all the content plus every single photograph, and didn’t even give her any credit.  They didn’t even try to cover it up by changing the order of items or anything.  Really sucks for her because collating that shit takes some research skills which is something that Buzzfeed Kpop really need to learn how to do themselves instead of just ripping other people’s shit right off, maybe their articles wouldn’t suck so much dick if more of them actually had that kind of skillset.  At least when they did an “MR Removed is bullshit” article the other day (seven years too late, but better late than never I guess) they credited me for that, even if they only included a tiny portion of the actual reasons why you should disregard that rubbish.  Anyway, to compensate for that shit happening, why not watch the original video plus subscribe to Jessica Viba’s YouTube channel?

That’s all for this week, Kpopalypse roundup returns next week!