It’s time for the final Kpopalypse roundup of 2019!  Let’s check out some new releases! 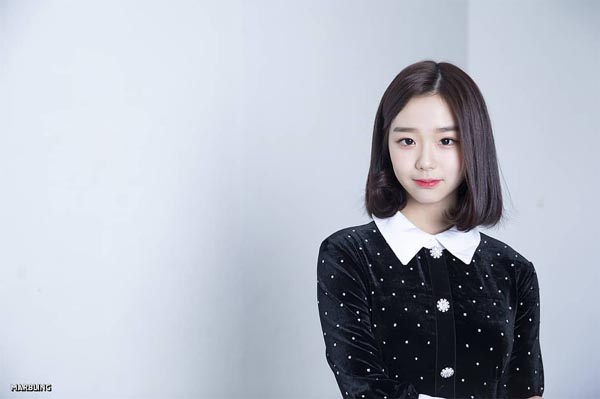 Chaeyeon from Busters seems like a nice person, nicer than a lot of k-pop fans that’s for sure.

Fuzzy jumpers, fuzzy distortion and a fuzzy grasp on songwriting.

Starts off terrible but eventually just becomes kind of average.

After the excellent “Take The Wheel“, modernising her sound was definitely the wrong decision, but maybe it’ll at least get the racist international k-pop fans to stop dragging her… wait, who am I kidding, of course it won’t, they’ll just find something new to shit on her for, while pretending they’re the “woke” ones all the while no doubt.

CL doesn’t really sound like CL anymore, now that she’s divorced from the YG machine.  She just sounds like any independent nugu k-pop artist now.  I get that people hate YG and with good reason, but CL’s new music just goes to show how much of what any YG artist does is actually YG’s creation.

And remember, CL was one of the artists sold with the maximum amount of “I’m an independent self-directed woman” hype, so you can bet any other females currently in YG have even less autonomy than her.  If Blackpink left YG tomorrow, the things that you love about the group that originally got you hooked would also leave.

Bom is so pretty and I don’t care what anyone says.  She’s hotter than 95% of k-pop wearing thick winter clothes.  When she gets her own Realdoll line I want a full relationship with it “Lars & The Real Girl” style.

Yeah so in my predictions post I sure got BTS right but I didn’t do so well with Loona, did I.  Still, I’ve got 11 more months to be potentially correct and in the meantime let’s just pretend this didn’t happen.  (Oh and I know it’s not the official video but I’d get asked about this song 23598621 times if I didn’t put this here.)

Halsey’s answer to the dilemma of “all modern rap beats are shit” seems to be to remove the beat altogether.  Not the answer I was looking for.

Amber Liu – Ready For The Ride

Hey this is really good, it’s a bit slower than what I’d prefer but arguably that just allows the shades of Pink Floyd here to come to the fore.  Nice.

It’s good to have heavy music in general, but the song isn’t actually made any better by a bit of chug-chug in the background.

Kim Jaehwan – The Time I Need

I’m going to take the time I need to listen to something else.

Everybody wants to be Michael Jackson and they’ve all got the moves and the dance beat but nobody’s got the songs.

Pleasant enough I suppose but you’d have to be on some serious downers to get into this.

Yerin Baek – Popo (How Deep Is Our Love?)

That scene where she walks away from the buskers and they’re like “wait where are you going” and she says “your songs fucking suck and you smell like piss”, is very relateable.

Fuck I’m bored.  Aren’t independent musicians supposed to be different?  Why does this sound like every other k-pop ballad ever?

Hate everything, why I think I might.  I’ll start with hating this song and work up from there.

Giriboy – The Time Is Now

I think everything’s dark in this because the musicians are understandably nervous about revealing their identities as the ones responsible for this crap.

Primary ft. Meego, Suran – When I Fall In Love

Primary continues to be boring.

Seriously, he’s so good at producing, why doesn’t he try his hand at some genres that aren’t boring shit, that’d be great.

That feeling when you’re about to write in your review “why can’t this boring cunt get hit by a car to spice things up” and THEN IT HAPPENS but the video somehow gets even more boring anyway.  That dude died for nothing and now I feel bad.

Laughable as it is, it almost gets a pass just for being a little bit rugged and not using that horrible R&B Autotuned singing that every rapper does now.

Also not as bad as I expected for similar reasons.

Can everyone stop with the “Seoul/soul” thing, that’d be great, cheers everyone in Korea.

Panda Gomm ft. Summer Soul, Junggigo – And I Love It

Imagine having seven different beats in your song and not stumbling on a single good one.  Actually I don’t think this is even a legit song but just a bunch of tracks from Somdef’s album stapled together, I think he’s one of those annoying people who keeps asking me why I don’t listen to albums and has figured out a way to force me.  Well played, I guess.

Brandnew Music I guess don’t want to offend anyone so they’ve got a New Year collab just in case their Christmas collab upsets you poor sensitive dears.  Happy holidays!

This is like that animated video from Zico except nothing actually happens.

NC.A goes to the club looking like she does in Uni.T’s “No More” but at home she looks like she does here in “Stay Home”, with no makeup and in the most comfortable clothes possible, bumming around on her phone and laptop.  This is a good video for superficial guys to mentally prepare themselves for the reality of a long-term relationship.

That ultra-wide vibrato wants me to go down to the local convenience store and punch people for no reason.

Looks like a graphics demo for a walking simulator, and is about as exciting.

Love might always be vivid but this song sure isn’t.

Something’s wrong with this.  It feels evangelical and cult-like.  No rational person who is not in a religious cult does a music video showing themselves giving a Powerpoint presentation.

I don’t know why, but this has a really gay vibe.  I mean that literally – I fully expected to see that young man in the video walk up to some other dude and start pashing him roughly, but it didn’t happen and instead he just sort of stands around doing nothing.  I feel strangely let down.

There’s no need to rap at us, telling us that you’re fucked up – we can tell.

What a waste of a Gibson Flying V.

Is this the section of the Han river where nugus have a designated area to shoot their videos?

That’s Yua Mikami there in the background at 0:57, from SSNI-054.  Pity she’s not also in this one musically, she might have actually saved it.

But then again, these kids do look far too inexperienced to handle her.  Put them in a room with a girl with big ole tiddies and I think they’d all lose their erections because of performance anxiety and sheepishly show themselves out the door.

Okay this is creepy for some reason.  Someone give me the backstory to this one because I’m sure it’s horrible, like they were saved from a rape dungeon at age 3 by a wolf and then brought up in the mountains until a decade later when a rescue party found them by tracing broken fingernail shavings in the forest.

Despite the song title, I reckon that these people definitely haven’t seen A Clockwork Orange, but they should, it might scare them into making better music.

Yua Mikami is here to help you get into the Christmas spirit!  Enjoy Yua’s innocent charms as she unpacks and sets up her Christmas tree, accompanied by her adorable dogs!  The most quality wholesome Christmas content is right here on Kpopalypse blog!

That’s all for Kpopalypse roundup for 2019!

…and possibly some other posts in between…

Oh and if you have any songs that you think I’ve forgotten about in the roundups and desperately want me to consider for end-of-year status, you can use the last question of the Kpopalypse end of year survey to let me know!  However please make sure that I haven’t covered the song already!  You can check this by searching the artist or song name in the site’s search bar.