Regular readers will know that k-pop “news” site Allkpop has been under a Kpopalypse boycott for the last 72 months, starting from 14th November 2013.  Today, that boycott period expires.  Will the boycott be extended, or lifted permanently?  Read on to find out!

Allkpop has sort of muddled along being the poor man’s Soompi for the last few years, only differentiating itself by occasionally stopping to post pictures of domestic violence victims every so often, but then recently the site went through a bizarre change and adopted a strange Reddit-like format.

It seems that the site owners realised that any kid who can take a shit in a toilet pan can probably also write an article for Allkpop, so they decided “fine – YOU write the articles then!” and opened up the floodgates to “user-created content”.  Anybody can write an Allkpop article now – yes, even YOU!

Funny how there are all these new rules though.  No lewd content?  No advertisements?  I don’t remember any of these applying to actual Allkpop writers.

No.  Johnny Noh could never beat Kpopalypse the fucking Asteroids master.  I had Eunji Asteroids linked on the sidebar for six whole years and he didn’t even play once.

JOHNNY COULDN’T BEAT THIS RADICAL HIGH SCORE WHAT A SOFTCOCK

CRITERIA 3 – DID ALLKPOP APOLOGISE AND PROMISE TO REFLECT?

No, although I did give them multiple chances.  Not only did I ask them to apologise through this site, but also publicly via Twitter, which Allkpop is very active on so I know they would have seen my invitations for them to apologise and reflect.

Allkpop failed to give a satisfactory response before the expiration of the boycott period so I can only presume that no reflection has taken place.

CRITERIA 4 – HOW DO KPOPALYPSE READERS FEEL?

Random polling of Kpopalypse readership revealed that a whopping 94% of readers felt that Allkpop had not reflected and returned with a more mature image, and wished for the Allkpop boycott to be extended.

Yes, unfortunately.  Despite lots of optimistic hoping that Aileegate would sink them, nothing at all like this happened. 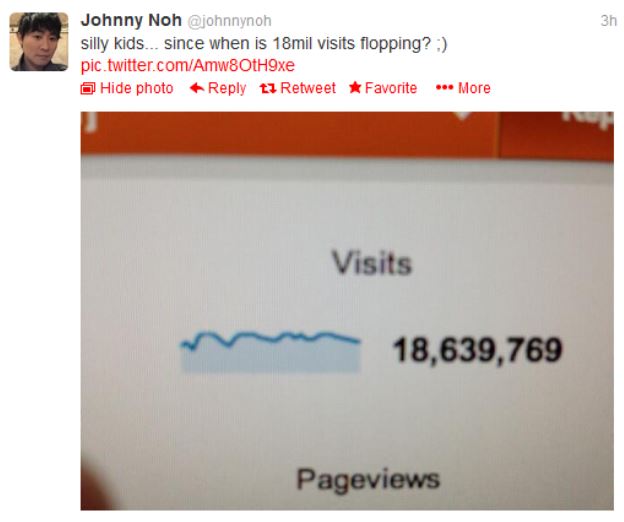 CRITERIA 6 – WHAT DOES KPOPALYPSE’S CAT THINK ABOUT ALL THIS?

Clearly she is not impressed.

All the facts and data point to only one option.  The Kpopalypse boycott of Allkpop continues until 14th November 2025.

However just to show that there are no hard feelings, I decided to do Allkpop one last favour before I re-extended the boycott, and submitted a nice article for their site.  Here’s hoping it gets through the moderation queue intact, but if it doesn’t, you can still read the draft below!

That’s all for this post!  Kpopalypse will return with more posts soon, and in the meantime don’t visit The Great Satan!  Stay safe, caonimas!