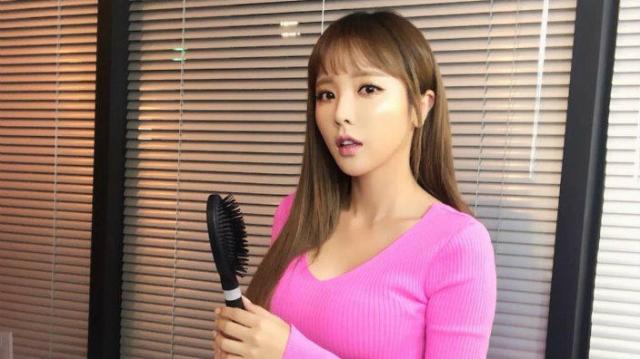 Hong Jin Young is ready to spank the CEO of Music K (and not in a way he’ll enjoy), when she’s done can I borrow that hairbrush and shove it up the ass of whoever started the fire at the Dreamcatcher venue (and not in a way they’ll enjoy, either).

Slightly scary that Sunmi actually fits snugly into a suitcase.  Ignoring that, it’s not the worst song ever or anything but there’s no denying that the best part is at 1:48.

A few nice noises and a cool intro, and that’s about it.  At least this one features all your favourite nugu sets.  It’s good to see some environmentally conscious k-pop stars.

Oh man, this entire genre can get fucked.

Oh this is just some normal “adult girl group” thing and then… hey, holy shit it’s that dude from First Bite!  Even though I’ll probably never listen to this fucking trash again, it’s actually way better than his other song, so good on him for improving somewhat I guess.

The chorus riff is quite good, especially the way it interacts with the subs, and that’s the only positive thing I have to say here.

Oh wow.  They found a way to make this type of yolo garbage even more stupid than usual.

Imlay ft. Danyka Nadeau – Without U

Why am I asked to be feeling emotional about the fate of a bunch of refrigerators in a cave.  Also what is that annoying woman yelling about.

It’s a pretty good try, at least it’s upbeat so that’s good – but you’ve heard better and so have I.

There’s actually flashes of brilliance in this but unfortunately there’s also flashes of total shit, like that horrid wailing pre-chorus and some of the most painful improvised vocal I’ve ever heard.  The sine tone at the end is nice however.

Yeah this wasn’t worth the last-minute inclusion but thanks guys for pointing it out anyway.

I don’t know why he’s singing about his telephone, nobody is going to call him back after they hear this.

Like recent nugu alerters BJ Girls, Violet are another group of “Broadcast Jockeys” turning to pop music, and I did actually mention them in my BJ girls write-up.  I like the intro where they all stare at their printed lyrics sheets with faces of determination, like “I think I can probably do this, gosh this is certainly going to be difficult”.  Don’t worry ladies, they’ll fix it in the mix.

I’m not sure if I’m just feeling a but jaundiced because of the failure of the Dreamcatcher show and it’s making me a bit more negative than usual, or if the songs really are total fucking garbage this week.  Unbiased readers who didn’t get fucked around with show cancellations like I did this week, feel free to chime in with your point of view on this.

Is this riding up the charts, I don’t even know.  I would 100% believe that Koreans would buy this shit in droves however.

Miming along to a typical Korean ballad while holding rock instruments doesn’t actually make it a rock song.

Proof that NASA definitely did land on the moon, look at this shit we brought back with us.

Resting is what I did when I got to my hotel room yesterday and realised there was no fucking Dreamcatcher show to go to, this song gets negative 23469872 points for reminding me of this.

Oh wow it’s a group that sounds a bit like Covet but without the really inventive guitar playing that actually makes Covet worth listening to.

Gyojung – We Are Not Failures

If only more k-pop videos showed this much asscrack.

Even the punk music kind of sucks this week.

“Soul” music is for people without soul, because they need it.

That first chord on the Rhodes is all you need to know.

KARD on a budget isn’t any better.

It’s way too early in the year to have stupid Christmans lights on your microphone stand, stop that shit.

Yoyomi is here to save us from this week’s musical garbage with a great T-ara style song that probably isn’t about getting the shit beaten out of you on the public transit system by thug police, but should be.  Stan Yoyomi!

I didn’t get to see Dreamcatcher live because the venue partially burned down the night before the show, so apologies for the complete lack of a Dreamcatcher live review.  Foolish me for not making a random-ass last-minute cancellation option seven in my poll, given that this is the third k-pop concert that I’ve booked tickets, flights and hotels for only to get it all canned at the eleventh hour, I really should have seen some shit like this coming.  It’s funny how I’ve never had a single cancellation from a western group in decades of going to see live bands, but k-pop does this shit to me all the time.  Anyway, since apparently nobody is as reliable as Kpopalypse, here’s some live (ahem) footage of Dreamcatcher doing their thing in Japan.  Who knows what the Melbourne concert would have been like, but I doubt it would have been necessarily any better or worse than the live snippets you’re seeing here, or at least that’s what I’m going to tell myself so I can feel slightly better about missing out.  It’s pretty much just dancing to a backing track, they barely even need a stage to do this, they probably could have just taken a portable PA into an alley somewhere and done a quick illegal guerilla show.  It’s probably asking way too much from conservative Korean agencies second-guessing their own shadows (case in point: try asking Dreamcatcher anything at all about Minx and then listen for the tumbleweeds), but if only Dreamcatcher were a little less pop and a little more punk to go with that guitar heavy image, imagine the possibilities…

That’s all for this week’s roundup!  Kpopalypse will return next week with more songs!