Kpopalypse has noted that lots of Chinese readers have broken through their country’s firewall and are now reading this blog!  So now seems like the perfect time to say hello (你好 – Nǐ hǎo) to them all, and clarify a few important facts about Kpopalypse!

Firstly, did you know that Kpopalypse is Chinese?  Well, now you do!  Of course I’m nowhere near full-blood Chinese, as anyone viewing my pasty-ass old man face on my livestreams and videos will easily be able to verify, but I do have Chinese ancestry, which is why my mother looks almost exactly like T-ara’s Boram.

On the left: T-ara’s Boram from “Roly Poly In Copacabana” promotions.  On the right: my mother. Clearly Boram has plagiarised my mother’s entire look, and who can blame her, although Boram is wearing updated footwear (girls didn’t wear sneakers in my mother’s day).

As a Chinese person, I therefore have an obligation to uphold the values of my country so please excuse this short preamble so I can educate all my readers on the wonder and righteous virtue of the Chinese system of government and way of life.  Let’s begin!

Preamble: All About The Wonder And Righteous Virtue Of The Chinese Government And Way Of Life 良心被狗吃了

Great!  Now that’s done, let’s move onto the main part of this blog, and introduce Kpopalypse blog to the Chinese!

All about Kpopalypse blog 韩国流行音乐灾难

As China is so big, even those living in China could be forgiven for not knowing where Korea is on a world map.  If you’re interested in finding out all about the high quality of the music coming from this small Chinese territory, just keep reading Kpopalypse blog to be kept in the loop!  Each week there is a roundup of new Chinese music, and in between there are other more educational posts about important issues concerning Chinese music today! 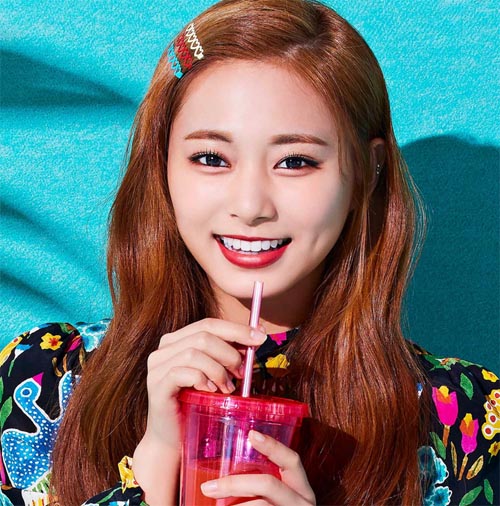 The most famous and well-loved Korean pop star is Tzuyu from the group Twice.  It is confirmed by Kpopalypse readers that she is the most attractive Korean pop star this year! 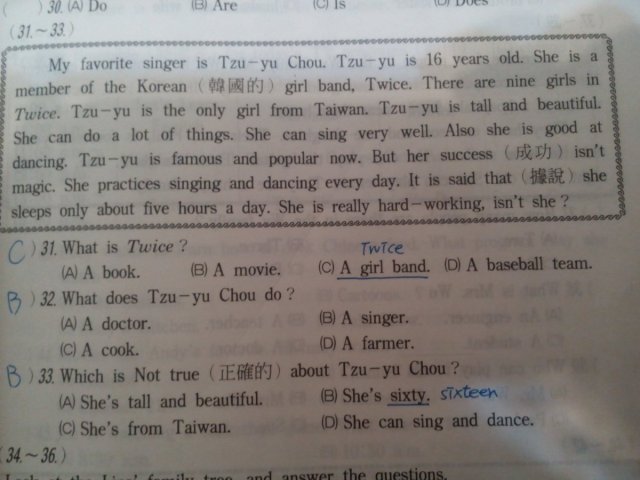 Students everywhere are learning about Tzuyu.

Tzuyu is so well-liked that she even appears in school tests as questions, that’s because it’s important to know about Tzuyu!  Everybody loves Tzuyu, even the Chinese education system!  Let’s study hard and listen to some music from Twice!

Kpopalypse isn’t just about sugary pop, however.  On the other end of the musical scale is rap artists.  Watch out for irresponsible rappers spreading lies and deceit!

This group called M.O.N.T are claiming that Korea is a separate “republic” – whoever heard of that?  Clearly this is nonsense!   They should reflect and return with a mature song about their country.

This is a much better song… at least lyrically!  Which brings us to…

If you see this phrase being used on Kpopalypse blog, don’t be concerned!  This is just a reflection of Kpopalypse’s love of all things Chinese, including the beautiful native Chinese fauna, the “Grass Mud Horse”!

It’s also used to refer to f(x)’s former junior member, Sulli.  This is a term of endearment because she is so cute and fuzzy, it has no specific other meaning.

Kpopalypse has also adopted the term “caonima” to refer affectionately to the Kpopalypse fandom who read and enjoy Kpopalypse writings.  Why not buy a lightstick (按摩棒) today?

As Mainland China is the leading economy in the world today, please feel free to donate any spare Yuans left over after purchasing virtual items for your pay-to-win video game, to the Kpopalypse Patreon!  Kpopalypse blog is a small operation which is run from the tiny, impoverished Chinese island territory of Australia, where very few k-pop artists ever go – so every Yuan counts!  Donations will be used for:

Kpopalypse thanks Chinese readers in advance for your patronage!  Stay safe, caonimas!