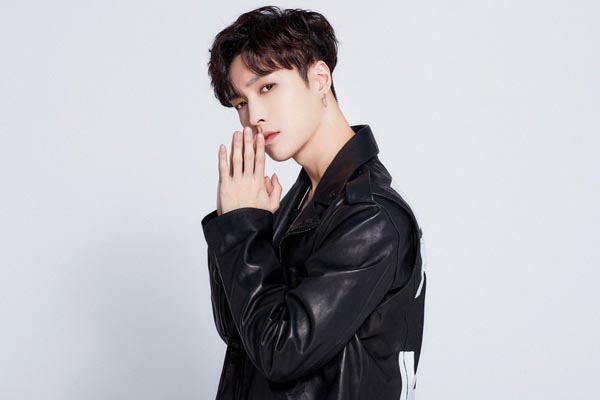 Lay sure is “that China sheep”, apparently.

I guess they fulfilled their “one or two good songs to keep the caonima western bloggers happy” quota and are just going back to whatever they normally do now.

Raiden ft. Irene – The Only

Raiden is actually the DJ here, who you see only very briefly in some pictures, I don’t know who the girl is though.  Some people would have hoped for Irene, but personally I’m glad Irene’s cold, dead facial expression is not in this video, she’s probably still in need of some recovery time from enduring Kim Jong Un’s whispered sweet nothings.  Also this is one of the only k-pop videos I’ve ever seen where the dance is actually at my skill level.

The Coldplayish vocals are a bit undesired but apart from that it isn’t bad.

Why do Shaun videos always have some random girls in them just doing random shit that has nothing to do with anything.

Shaun – To Be Loved

This one even has the same girl in it.  He must be running out of girls, I suppose most of them are wise to his saejegi tricks.

Presumably the dude here is Shaun himself… or maybe it was that girl’s boyfriend who was feeling insecure so Shuan thought he’d throw him a video too so he wouldn’t complain that he wasn’t getting any shine.  Sorry Shaun I’ll stop giving you shit about the girls now, feel free to exclusively use them in your videos from now on and I won’t say shit.

Is it even possible for anybody to have a name like “Ja Mezz” and produce good music.

They’re even doing that Soulja Boy dancing now, you know, the stuff that you thought was cool about eight years ago for around about 30 minutes.

Korean rap is too icy and too wavy for my liking.

Those hoping for a return to “Platonic Love” quality are going to have to wait for another day, but Snuper have done worse.

Lee Dojin – Life Is A Shot

Trot lives and dies on the melody and chorus quality (because other than this, there’s almost no differentiation) and in this case all the jumping around in the world can’t hide the fact that the song isn’t really up there.

Lord save us from piano rap.  Oh wait – you don’t exist.  Clearly.

This is the best of the “traps” this week because at least it has a bit of grit behind it, but why the fuck anyone would make something like this instead of a rap song with a proper beat I have no idea.  A better song title wouldn’t hurt either, regular livestream watchers will know that when drafting this roundup I genuinely thought that song title was a bit of stray YouTube link code and deleted it, then wondered what the fuck the song was called.

At 16 seconds in I clicked “no” and the video actually stopped.  Cool!

They’re not even trying.

As mentioned previously, the tropical shithouse torch has been passed down to the nugus.  This is good because it means soon this sound will vanish from k-pop completely, but unfortunately until then you’ve got to put up with music like this.

The situation is this song sucks.

Patriotism is moronic.  Nations are just dividing lines that decide which old men with more money and power than you get to make decisions for you about how you can live your life.  Since when did “I am my government’s little bitch boy” become cool.  However take away the dumbtarded nationalism and the song is passable.

If it weren’t for the strings coming in and somewhat saving this, we’d have one of the worst k-pop ballads of all time here.

There’s a guy in a k-pop group called “Bitto”, and he’s making music like this.  While I definitely don’t encourage self-harm among my readership, if you suddenly feel like all hope is lost for the world I do empathise (and encourage you to not press play).

It’s not a promosing song title, but then one of Dreamcatcher’s best ever songs was “Good Night” so that’s no excuse for Lee Minhyuk really, is it.

The video doesn’t change for the whole three minutes, nor does the song.  I wonder how much specific instruction she was given to “really mime it like you’re feeling it”.

No song named after something that is supposed to represent rebellion and rock’n’roll should sound like this.

There’s a whole lot of this group checking in about whether we’re ready to bounce, but they forgot to include the actual song that’s supposed to come afterward.

It’s not okay, you don’t have to pretend.

More icyness, Korea could use a little less ice and better beat programming.

Someone drown this in a river with a rock tied to it.

Back in the old days, 015B were just boring ballad shit, but seemingly a while back they made an executive decision to start rocking.  We had Youra and Jane Jang both get surprising rock treatments fairly recently, and while Wyne’s song doesn’t quite rock out as much it’s still pretty good.

Futuristic Swaver is some trap guy who nearly made it onto Nugu Alert a few years back just because his rap name was so stupid that it made me laugh and I was going to do an entire Nugu Alert full of loser rappers like this with loser rap names.  Then I realised that all the loser rappers in Korea actually had quite a following already and shelved the idea.

No good song ever written was called “My Story”, you might as well call the song “I’m A Self-Absorbed Cunt And Here’s My Really Uninteresting Take On Life”.

He seems pretty happy when singing about his ex, maybe she was a real cunt to him and he’s happy to be free.

Best to stay anonymous if you’re going to make music like this.

Yeah it’s that Sumin.  The Korean Navy doesn’t just let any old Sumin onto their battleship to poke around at grey knobs and wistfully stare at the walls singing a boring-as-fuck ballad.

The most shameful thing about this is the banners saying they’re in a music academy or something.  What self-respecting educational music institution would allow this through their doorways as anything other than a psychological stress test.

I was saying “wow” too but probably not for the intended reasons.

Why do people still write songs about social networking?  Fine in 2005 or something when everyone was like “wow I can change my MySpace profile picture” but we’re nearly at 2020 so this is like writing a song about putting on your own socks.

It’s light and fluffy and not too boring which puts in in about the top 5% of this week’s songs.

Apart from that one good keyboard riff, “Not Today” is a reasonable song but one with nothing all that much to it.  However I’m enjoying the trend of Loona doing boy group choreography, and whoever styled them for this is a genius who definitely read all the Kpopalypse fashion class posts.  Most importantly though, I just wanted to put this here so people would realise that yes I’ve seen it, so I’ll stop getting flooded via Curious Cat questions/Twitter DMs/Reddit DMs/PMs on three different k-pop forums/emails/carrier pigeons landing on my doorstep and dropping a shit on the concrete step in the shape of Olivia Hye’s teeth etc.