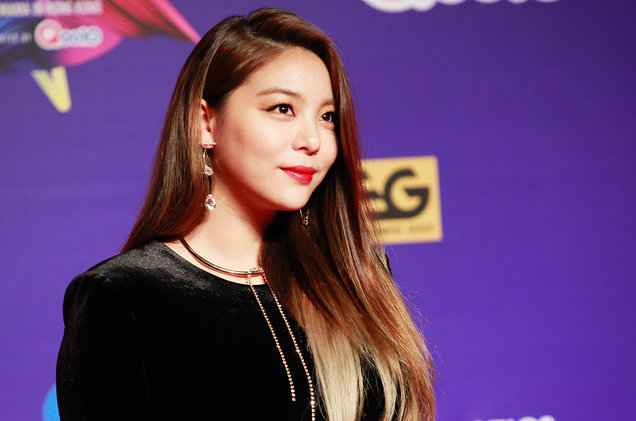 Kpopalypse and Ailee both know a thing or two about being shadowbanned from places that we really shouldn’t be.

What a sorry-ass bunch of songs this week when this mediocre nonsense actually kind of stands out.

No this isn’t about a bunch of United Nations staff in Africa getting classy-sexy with the local population and then running away when everyone starts shooting each other, it’s just a shit R&B song by some guy.

I like it that Moonbok is making long hair cool again (or desperately trying to and probably not succeeding) but I wish he had a better song to do it with.

Heize always sucks, I wonder if she’ll ever get a good song.

Sori & Folded Dragons – I Am Not Alone

Just wait for everyone else’s shithouse take on this one.  Lots of big synth and writhing around on the floor will fool all those crappy “woke” k-pop bloggers into thinking they’re watching something “transgressive” that “raises questions”.  Remember how well Gain hoodwinked everyone with that shit?

This is a different Ga Eun, the one from After School.  Not any less snoozeworthy though.

One reasonable riff does not make a song.

Visual Kei usually has that one guy who is really androgynous but here they’re all sort of 1/4 androgynous so I’m not sure if they’re doing it correctly.  You’re not supposed to share the load guys.

Okay so why is this so much better than their crappy feature track.

You’re destined to be alone forever if you keep pushing music like this on us.

KwangHeum2 – What I Want To Say

Just another song from some new group that is some weak half-tempo nonsense.  Can we rock, please.

This is a bit more like it, I was so happy when this song didn’t go all trap-swag in the rhythms but kept things upbeat, the song has vibes of ONF’s “Complete” (due to using similar chords) but I’m not sure if it’s quite that good (yet).

I can’t remember what it is, but there’s a much better song with these same chords and listening to this makes me wish I was listening to that instead.

This one is a bit creepy, with the camera surprising her at various points, I was waiting for it to turn into some kind of serial killer stalker thing where the person holding the camera gets out a knife and does the music world a big favour.

Appropriate that he raps on a comedy stage because that’s all this nu-school bullshit beat is.

Yeah this is terrible.

I’d just like to apologise for the low quality of this week’s songs.

Thanks for sticking through this roundup, I really appreciate it.  How you lovely readers do it week after week when so much of it sounds like this, sometimes I have no idea.

Sorry I took a while to get to this one, but that’s probably only because I have not much to say about it, or in fact anything here.  Fuck, what a shitty week.

BLACKPINK – ‘Kill This Love’ M/V Cover | by DEKSORKRAO from Thailand

That’s all for this week’s roundup, Kpopalypse will return next week with more (hopefully better) songs!