It’s back once again for another year, the results of the Kpopalypse 2019 Objectification Survey!  Let’s take a look at how Kpopalypse readers voted in the all-important categories of male and female k-pop idol flesh! 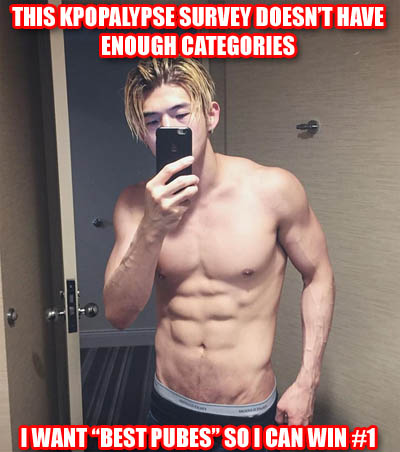 The Kpopalypse 2019 Objectification Survey was an outstanding success, with more participation from the k-pop community than ever before!  Almost 900 people chose to cast a vote in this year’s survey, a truly amazing effort in mass objectification and depersonalisation of the idols we all love.

As per last year, voters were asked to choose up to three nominees in each category, best first.

Scores were then tallied to give the final results across all categories. Note that tallies this year were computer-counted by a very kind and dedicated caonima, saving Kpopalypse lots of work, but this also means that you needed to read the instructions and vote more accurately and properly than ever before or your vote did not count. 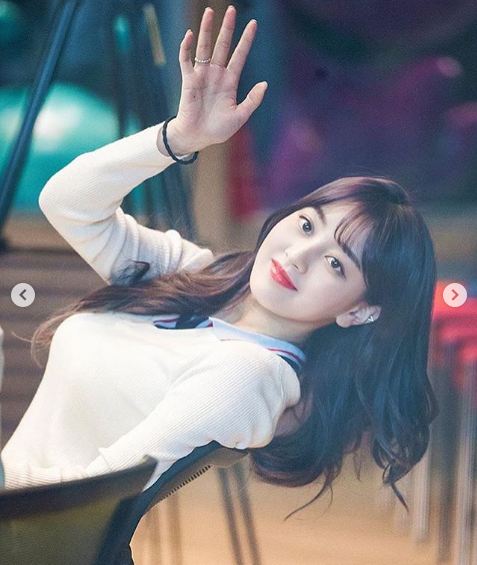 Twice’s wardrobe and stylists have been doing their best to hide Jihyo’s Jihyos lately as much as they can with bulky suits and slimming colours, but obviously the task is impossible and this year she was the very clear winner with nobody else even coming close.

Twice delivered a 1-2 punch that knocked all contenders out of the charts with ease, even if Momo’s second place was rather distant.  Could Twice’s domination here have something to do with certain caonimas enthusiastically spreading the survey link over at Reddit/kpopfap?  Maybe, but Twice’s recent popularity in general probably has a lot more to do with it. 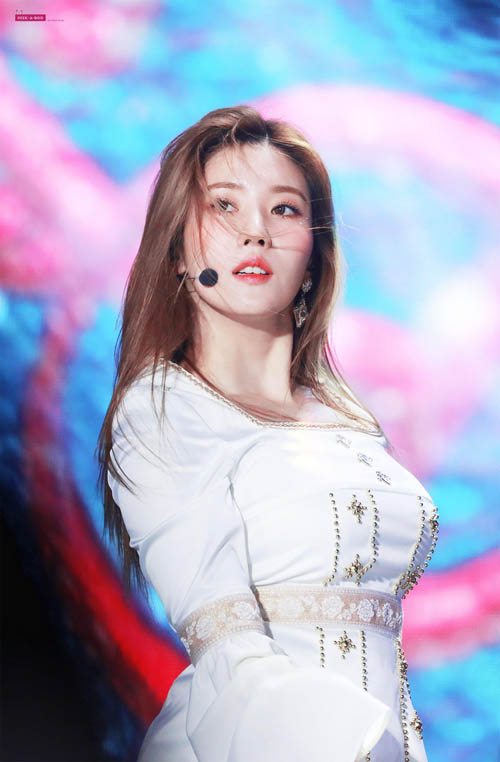 2019’s breakout new face in boobs is Eunbi from IZ*ONE.  Her group may not have much in the way of notable songs yet, but Kpopalypse readers can think of at least two good reasons to stan. 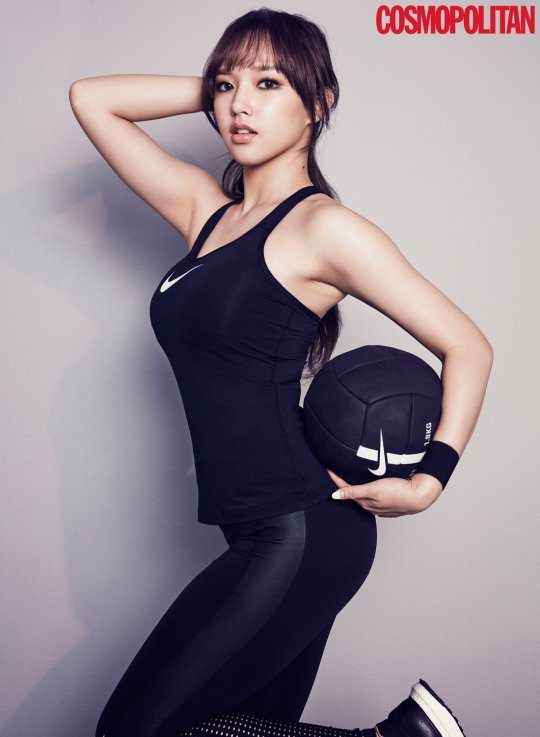 The amazingly athletic Cheng Xiao drops one position in the face of stiff competition, perhaps partly due to the fact that while the strength of her assets can’t be denied, decent fancams of her are surprisingly rare.

It’s taken quite a while for k-pop fans to realise that Momoland’s Ahin is quite well-endowed.  Thankfully, you can count on Kpopalypse’s survey results to keep you in the loop.  Where would you be without this information?

Hyosung doesn’t really do much k-pop anymore, hence the once #1 girl-to-beat has slid down several places in the rankings lately, and her recent weight loss probably also hasn’t helped her position.  However Hyosung on a bad day is still bustier than most of your biases on a good day. 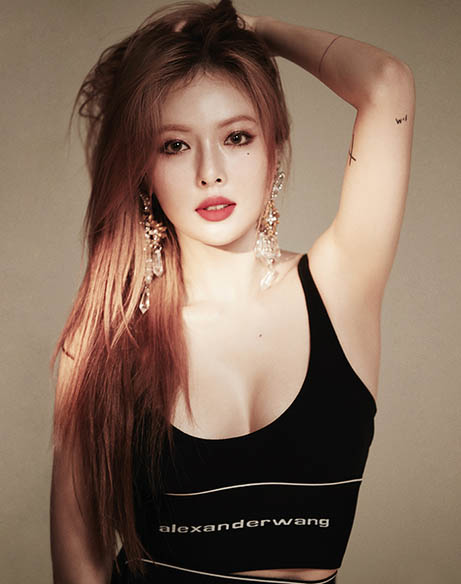 Hyuna has never really been absent in any of these objectification polls, and as one of the few females in Korea who consistently flaunts their bustiness openly, it’s easy to see why.  Proof that what you do with what you have is at least as important as what you have.

Could readers when this blog began in 2012 have imagined a scenario where Sunny realistically would be in danger of losing her place in k-pop’s top ten list of boobs?  Fast forward seven years and exactly this reality is upon us, probably because Sunny rarely even goes out in public to be photographed by fapcammers anymore.

Momoland scored big with voters in 2019, and Nancy’s ultra-thicc body (by k-pop standards, anyway) was a clear winner with readers. 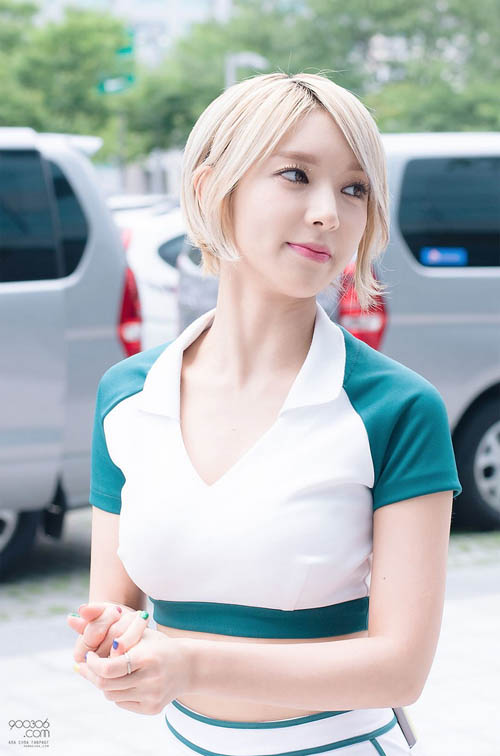 Choa continues her gradual trickle down the charts as her formidable legacy of bustiness in AOA is gradually eclipsed due to her retirement from being a k-pop.  As a result no new images and videos of Choa exist, so yet again I’ve had to resort to vintage material for her entry in this list.

Sana experienced a slight decrease in voting for 2019, but her high profile ensured that she still put in a solid showing.

Eunha honestly isn’t that busty, but is really good at presentation, and the poll DID say “best”, not “biggest”.  I also bias her more than anybody else in this list, so no complaints here.

Now it’s time to take a look at k-pop’s men!  It is trufax that Kpopalypse has a majority-female readership, and let’s not forget that there are also lot of men reading who prefer the man-meat, so this part of the post is just for them!  As usual people complained about “why no manboobs category” but that’s why this category was “abs/torso” and not just “abs”.  Ah. 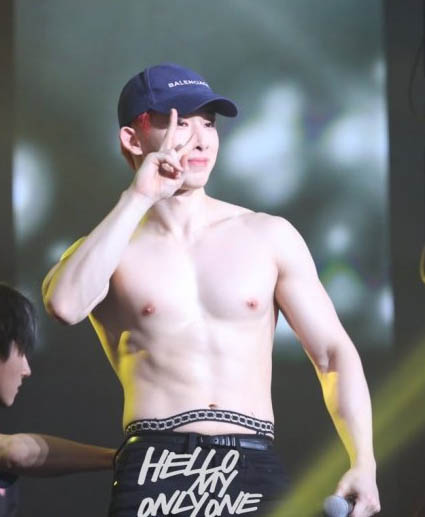 The male category also had a clear winner who left everybody else in the dust, and that was Monsta X’s Wonho, who streaked ahead of the competition with ease, no doubt helped by his continual streaking on stage. 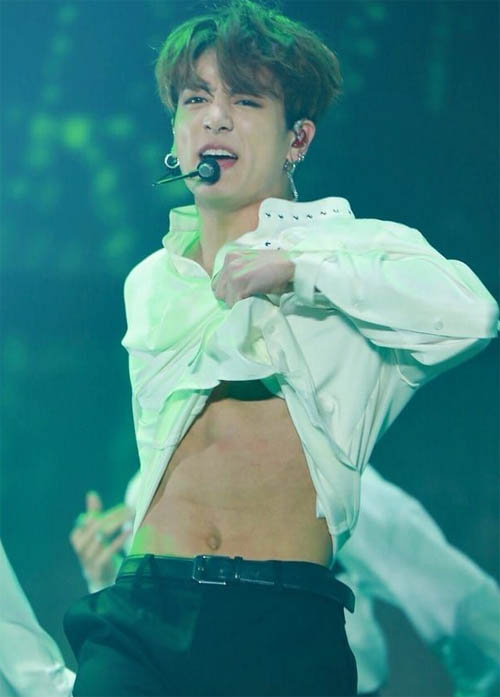 Jungkook collected less votes this year but still managed to retain his #2 position.  Whoever choreographed that shirt-lifting into his dance routines certainly knew what they were doing. 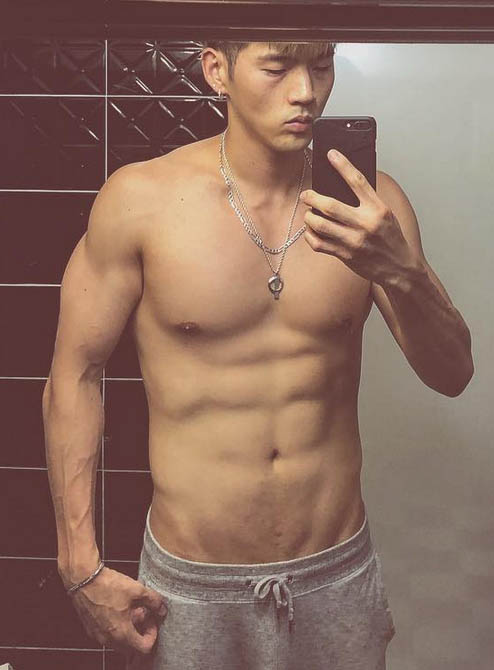 KARD’s BM (he also of the header image) gained several places from last year to score his best position yet in the polling, no doubt thanks to lots of abs-friendly KARD activity and those notorious bathroom selfies.

2019 was Monsta X’s year for abs domination, and Shownu improved his position greatly from last year as Monsta X’s global profile increased off the back of heavy touring.  His group still isn’t that huge inside Korea, certainly not as huge as Shownu’s upper body anyway.

Kai was another individual to retain his position, and overall there was far less movement in the male charts than the female charts in this upper body category.

Minho slipped a few places this year and I’m not sure of the reason for it.  Perhaps SHINee’s relative inactivity compared to newer groups hasn’t helped. 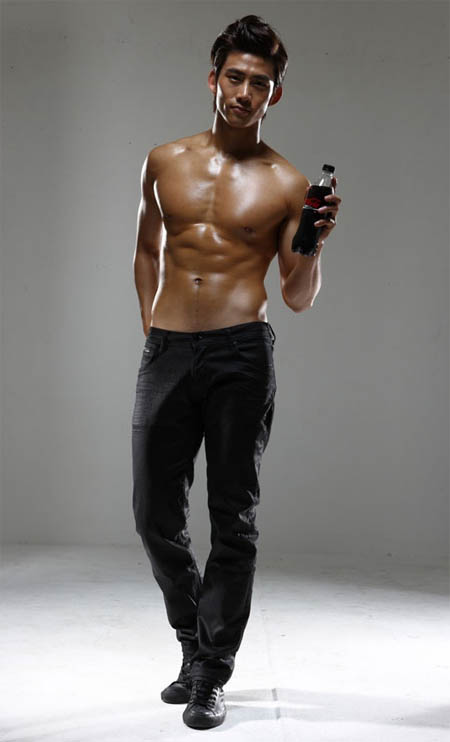 Taecyeon managed to increase his position in the polls for 2019 despite his group doing absolutely jack shit all year.  It seems that Kpopalypse readers don’t forget a good set of abs quickly!  Health disclaimer: drinking lots of Coke probably won’t give you Taecyeon’s body. 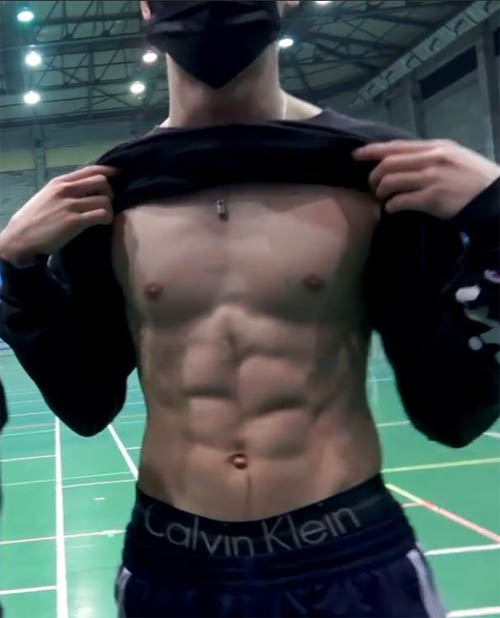 The biggest mover in the survey rankings this year was NCT’s Jaehyun, who shot up several places into the top ten, seemingly due to the above picture which is the only quality abs-exposure of Jaehyun that I can find. 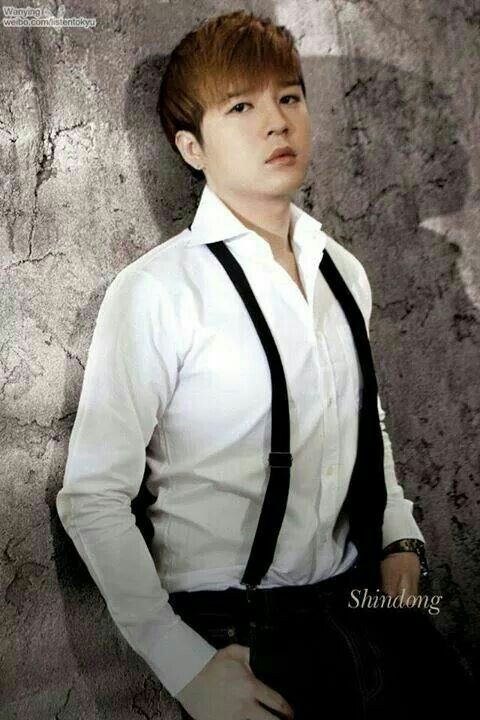 Speaking of people who it’s hard to find good abs pictures of, Kpopalypse reader favourite Shindong enters the polls once again but all I can provide you is the above image and video.  Everybody loves a good Shindong photoshopping, but you’ll have to use your imagination to fill in the sizeable gaps under that white shirt. 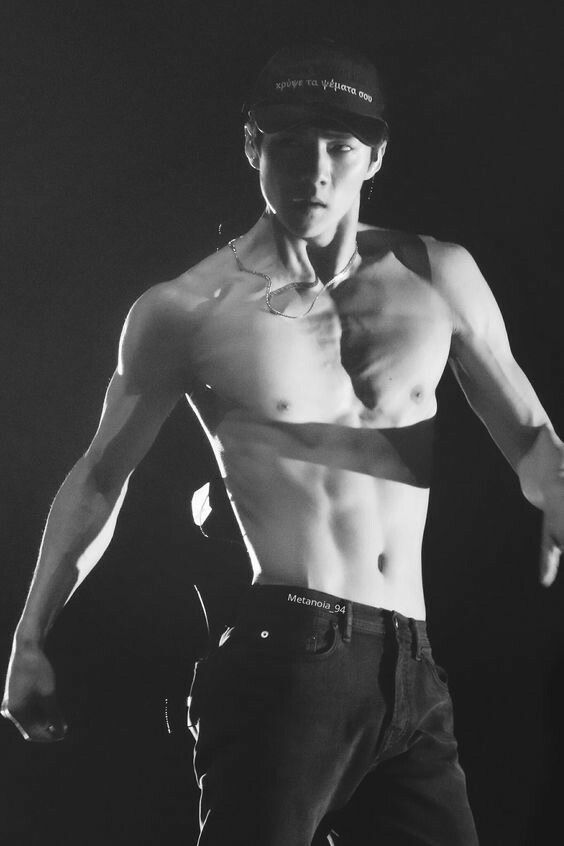 Sehun is back in the polls again, a consistent favourite who has never really left, probably due to equally consistent fanservice.

EXO’s Baekhyun was a big mover in the polls this year.  I can’t pin down a cause for this, maybe readers can enlighten me here… or maybe it was all to do with the above video.

Taemin’s been working out on his physique, and he wants the world to know.  Kpopalypse readers already seemed well-aware!

This part of the survey results ends on a poignant and sad note, as Kpopalypse surveydoers pay their respects to the late Jonghyun by appreciating his undeniably toned upper body.  Not even Jonghyun’s sad passing was a powerful enough force to stop the thirst of k-pop objectifiers, and Jonghyun actually improved on his placing from last year.  At least where appreciating males are concerned (posthumous female votes are interestingly nowhere to be seen), Kpopalypse’s readers have proven that love, or at least objectification, is stronger than death.

That’s all for this part of the survey results!  Scroll back up and click the links to take a look at the other parts!  Kpopalypse will return soon!