After the usual new year rush, web traffic has been gradually slowing down on Kpopalypse blog, but it’s still not slow enough for my liking, so it’s time for 2019 to see the return of the most unpopular series on Kpopalypse blog, Kpopalypse Nugu Alert!  Let’s take a look at some more Korean artists that you haven’t heard of and probably don’t give any fucks about!  Yay! 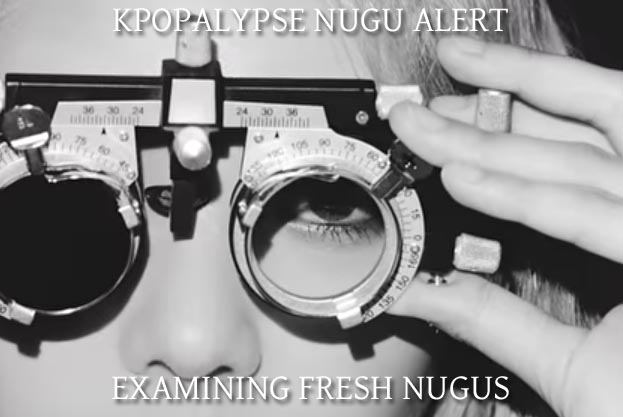 Imagine for a moment being a nugu musician (if you’re not already one).  Now imagine that you live in South Korea, a place where the intensely competitive commercial pop scene has been developing very quickly, pushing new frontiers of artistry, style .  It would have to be frustrating working hard for years on your musical craft and seeing the hype train constantly never stopping at your station.  Even though your music isn’t exactly what’s trendy right now, wouldn’t it be nice if there was some sure-fire way to attract attention without having to compromise on the music itself?

Of course, there is one very good way to attract attention that definitely always works – but not everybody wants to strip off for a video.  Not all people are blessed with the ideal society-sanctioned body for getting naked in public, and also there’s the accompanying shaming that tends to happen whenever people remove clothing, especially in the sex-averse Korean culture where people are so stuck up their own asses about sex that the government maintains an entire island of dildos to remind people that sex is a healthy and positive thing.  So it’s understandable that this might not be an option.  Of course I’m definitely pro-stripping, but I also understand that it’s not for everybody.  However that doesn’t mean that there aren’t other ways to make a video look distinctive, and there are many options available for the cash-strapped.

The following Korean nugus don’t have much in common musically, but what they do have in common is making a lot of distinctive visual flair happen from very little resources, and they all do their best to make their videos look classy without making them also look classy-sexy.  Usual Kpopalypse Nugu Alert rules apply:

Making a drama video doesn’t have to be expensive if you use a bit of ingenuity.  If you work a boring office job to pay the bills, as pretty much every single independent artist in Korea does, you can cut a lot of costs just by using your workplace as a film set for some drama scenes.  That old army uniform also comes in handy too, one of the benefits of having 50% of the nation under the military draft is that you can get army shit everywhere.  There’s no need for expensive box sets either, anybody will let you rent out a basketball court for an afternoon, and that’s pretty much just a box with silly lines on it nobody understands.  Throw in some cheap green-screen effects, a few quick outdoor shots and the result is a video for a rock song that doesn’t exactly match the “rock and roll” aesthetic but it doesn’t matter because I’d rather take fun and quirky over serious cock-rock boredom.

Notable attribute: “Wolibal” apparently is an acronym for “Work-Life Balance”, so in other words this is a song about the joys of being lazy and only doing the bare minimum of work required to get by in life.  Why isn’t Asian Junkie stanning this?

Okay, so maybe you don’t have a job, because you’re “between jobs” right now, or you still live with your parents.  Perhaps all you have is some crappy clothes, a lounge chair and access to a green-screen room and some completely random stock footage.  It’s no problem, you just need props to tie it all together somehow.  Your local junkyard should have some old telephones you can steal, or maybe they’ll sell them to you for $5 or something, people are always throwing them out these days since even homeless bums have prepaid mobile phones these days.  It’s actually really expensive for councils to maintain payphones, because they’re such a frequent item to get vandalised, as people either do all sorts of weird shit to try and get the coins out, or just smash up the booth when they’re drunk and vomit on everything.  So you’re definitely doing them a favour by taking this junk off their hands, just remember that when you’re shooting your video, make sure you wear a white lab coat, long pants and thick boots for protection, you don’t know where those things have been.

Notable attribute: speck on the front right side of the coffee table makes it to the final cut – guess there were no cleaning products around

And then sometimes the green screen is literally all you have.  However don’t worry!  If you cut together lots and lots of stock footage really really quickly with some video transition effects, it can actually still look pretty cool.  “Friends and family” have been credited for the video sources here, so you know that the raw visuals are super-generic mobile phone footage that has just been put through some serious processing and editing. This is a time-honoured industrial music MV technique (because people who listen to that stuff don’t mind their brain cells frying as they just fantasise about replacing their dead synapses with computer chips one day and being all “cyber”) so if your musical output is in any way a bit weird or experimental, then some harsh strobing whatevers spliced together really quickly can look great.   Just don’t expect anybody else except super-artsy shut-in types (and maybe the odd weirdo k-pop blogger) to watch, listen or care, but that’s fine because I get the feeling that perhaps Yoorae isn’t trying to be popular anyway.  There’s nothing wrong with being nugu and proud! 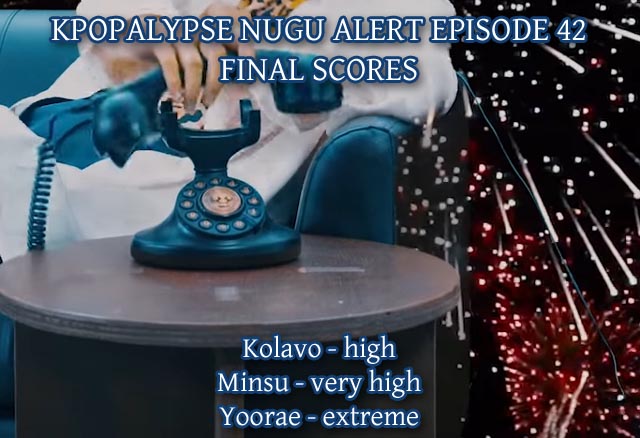 That’s all for this episode of Kpopalypse Nugu Alert!  Kpopalypse will return at a future date with more nugus!