Welcome to another Kpopalypse roundup – let’s check out some new releases! 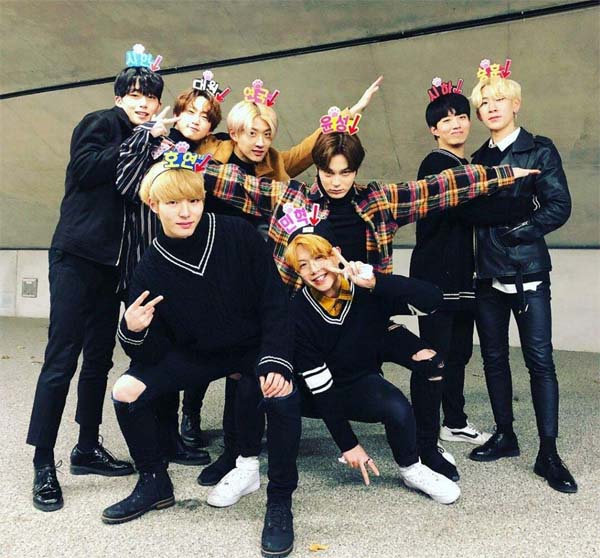 I guess because they’re called “Noir” they have to wear all black, so that headgear is some serious over-compensation.

Lay – Give Me A Chance

I gave him a chance but I’m not sure if I should give him another one.

The only good thing about Yuri having a solo song is that after following her group for a decade I might finally be able to remember which one she is.

Pungdeng-E remain squarely in nugu territory with their boring “cute” shouting and I-IV-I progressions straight out of nursery rhymes.  They are all the style of Crayon Pop, but none of the substance, but having said that this is still their best ever song, weak as it is.

Berry Good had that songwriter who did all those great tracks for them and who died a couple years ago, they haven’t really been able to replicate their quality post that guy.  Of course because he’s someone behind the scenes and not a member of an idol group, nobody gives a fuck that he’s dead except me, the Berry Good team and maybe three other people.

At first I thought that they stole Loona’s pink crane, but Ikon’s crane is 102 whereas Loona’s is 101.  Sharing is caring.

Some interesting rhythms can’t hide the fact that this is a GroovyRoom song and has the same problems that all of their tracks do.

I guess Noir have been reading my “boobs-harness” fashion posts during the flight.

The Rose – She’s In The Rain

Good rhythms do not make a song.

Well at least the colour-matching is nice.

It’s not that good… but at least it’s different?  That’s something.

Did these two people really sing this?  Maybe they should stop.

He had a song last week, and I didn’t know, and I still don’t know.  Also why is this T-ara drama video length.

Is this actually all in English?  Is he really singing “out here grindin'” in the chorus?  I suggest he grind some levels in English pronunciation.

Highsoul has lost a bit of thiccness since being featured in Nugu Alert a couple years ago, but the song’s okay I suppose.

More like the epitome of boring me to death project.

Putting a garbage bag over my head like the guy in the video suddenly seems like a really good idea.  Who says YouTube can’t influence people.

Nice guitar in the chorus almost saves this from being the boring shit that it is.

Whenever he’s a CGI guy Hitchhiker is always super-agile but when it’s just a person in a suit he moves like a fucking slug.  Perhaps it’s really Hwasnake in there aiming for a second stab at a k-pop career and (correctly) figuring that hiding her identity is the only way anyone would let her record music ever again.

Learn how to turn your face into a scorched wasteland where nothing grows just like Tiffany.