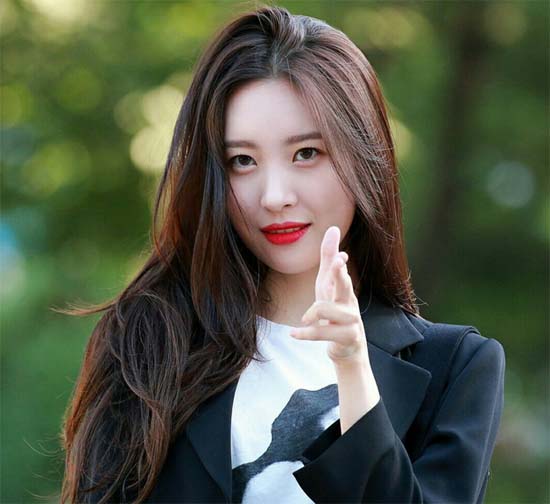 Sunmi knows what American audiences want, but I hope she has a permit for those gun-hands if she comes to Australia.

Everyone let’s cut the crap about this being a “sub-unit”, you can’t have a sub-unit with every current member of the group in it.  This is just what Girls’ Generation is now, with a cute rebranding so SM can pass it off as “intentional” while keeping your futile hope alive for a nine-girls reunion so they can milk you for a few more years.  It’s probably the best thing they’ve had for a while though, but there’s still a lot more substance in these members’ bra-paddings than there is in the actual song.

A nice production and great visual ideas but the song isn’t anything special, reminds me of f(x)’s “4 Walls”, with all the same problems that song had.

The problem here is that the harmony in this song doesn’t really make any sense.  I realise that mixing major and minor pentatonic scales works with blues but that’s only because of the ambiguous use of the 3rd interval which sits somewhere between major and minor, but transpose that idea to autotuned boy-pop and it just sounds like your DAW bugged out.

JYP: “I’ve been hearing your complaints and I’ll let you have your crappy R&B comeback, but on one condition…”

JYP: “Oh great.  Have I told you about my unconscious crushed-under-the-bed fantasy?”

Sunmi’s best song since “24 Hours” rocks with a cool Pet Shop Boys style chorus, the really horribly stupid breakdown that completely kills the entire song for about 15 seconds is the only weak spot here.

Well this sure is a complete 180° degree image and music turnaround, and the fast pace is appreciated, but that grating melody is enough to send anyone to the ear doctor.

They had some pretty cool rocking songs recently so of course they have to dial the quality back now and go back to being Korea’s Coldplay-lite.  Oh well, was good while it lasted.

This works well by darkening the usual tropical house sound until it turns into something actually interesting.

Just because it’s nugu doesn’t mean it’s any good.  Really, this is garbage.

Kitten Girls – U Me Us

This on the other hand is equally nugu and is pretty cool though, decent chorus writing saves the song from everything else it gets up to.

There’s a really good Cocteau Twins style track here that this group are not playing.

“Idol” works where a lot of other BTS songs don’t because it plays to the group’s strengths (i.e top-shelf production, high energy) while not really relying on any of the things that BTS’s songwriters (whoever the fuck they are) have never been able to do well (i.e write a melody).  Because of this, lengthening the song with 16 bars of Nicki’s strictly B-tier rapping ability doesn’t actually hurt it, because if anything it just makes you focus on the backings more to try and get that Fran Drescher whine out of your head.

It’s really hard to care about this song, and awkward silence would have been preferable.

Although if he didn’t even try to rap he’s probably just end up sounding like this.  Hard to know which is worse.

I’m noticing a pattern where one member of a group tragically dies and from that point on any new songs the group are in for the next year or two mostly fucking suck.  Everyone please remember Minwoo as well as 100%’s excellent debut “Bad Boy“, one of the best male k-pop songs ever to exist, and try to forget that “Heart” exists at all (which shouldn’t be hard given that it sounds exactly like everything else these days).

Only two girls in The Barberettes now.  This cover of Momoland’s hit definitely isn’t an improvement on the original but is worth a look just for the curiosity value, and the fact that they managed to make the song’s worst section (the trap breakdown) even more crap than the original (but they sure look great while doing so).

Terribad, pretty sure nobody involved with this was sober at any stage.

What a nothingy beat.  Imagine actually choosing to rap over this and not any of the thousands of beats out there that are better than this one.

Standing Egg – Have You Ever Had Your Heart Broken

Yes, every week when these ballads come out my heart breaks a little more, as I think about how k-pop lied to me about being upbeat and fun and then dragged me into listening to this type of shitpile week after week.

What is this and why does it exist, I’m not sure.  I feel like there’s a story to this that I’m not getting, because it just seems too shit to be an actual song.  I guess it’s for an OST or something, that usually explains it.

Human trashbag Edward Aliva got sick of using Pristin’s Kyla as his underage beauty-standards whipping post so he’s now videoing his own Chad-futureish co-ed “American k-pop group” so he can yell at them between takes to keep under 53.1kg and go easy on the chicken nuggets.

The bad tracks are really bad this week.  That worst-of shortlist for 2018 sure is growing this week.

Stupid kids’ music, except what responsible parent lets their kids use social networking.

I’d give my usual rant about title-billed producers, but here I can’t even work out what the producer actually fucking did.

I wonder if the people in the background realise that they’re infinitely more fascinating than the performers.

Not much of a song but this video is a real acid trip, recommended.

Some stuff I don’t even know why I bother.

Interesting how they speed up and slow down the footage a lot, maybe she couldn’t mime in time.

This song has got those twinkly bells that are often used at the start of crappy ballads, but happening all the way through the entire song instead.  Thanks for that, producer asshole.

Elaine – Wake Me Up

Wild spiders, walking through the forest with crappy soft-soled shoes… if this video was made in my country, half the cast would be dead by now.

Rania have had so many line-up changes over the years that they’re now a 100% completely different group of girls to who they were when they originally performed 2012’s “Style“, also known as the first song that I ever gave a #1 rating.  So it might feel slightly odd watching them perform this, but I guarantee you that the voices of whoever actually sung this song were all electronically manipulated beyond recognition anyway, and hey, if these girls here are not going to sing it, who is?

That’s all for Kpopalypse roundup for another week!  The roundup will return next week, but in the meantime don’t forget to do the latest Kpopalypse survey if you haven’t!  Stay safe, folks!