I’ve had it up to here [waves arm somewhere above head] with this shit.

I’m sure by now all of you have heard and formed an opinion on Momoland’s new song, “BAAM”.  However I am terribly offended by this direct affront to Kpopalypse culture.

Of course there are many examples of cultural appropriation in the video, such as this gun pose which is appropriating American gun culture.

Do Momoland think it’s funny and cool that Americans shoot each other all the time?  Americans don’t like shooting each other you know, they only do it because it’s important to their culture. 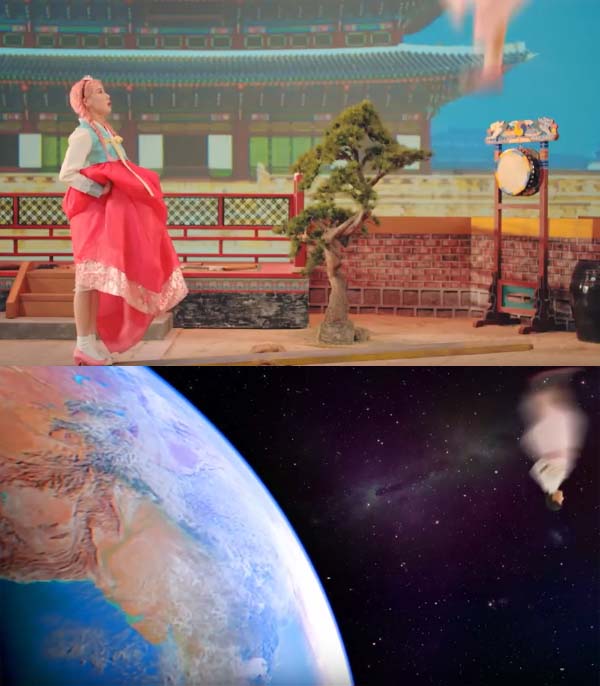 Then there’s this obvious mockery of space travel.  How are nerds supposed to get Trump to fund NASA if he sees that all it takes to fly to space is some k-pop girl jumping on a see-saw?  All the hard work of astrophysicists so callously disrespected!

The mummy scenes and the girls in those costumes are totally mocking ancient Egyptians, as well as The Bangles “Walk Like An Egyptian” (which isn’t cultural appropriation because it was made before there were rules on the Internet about this sort of thing).  Remember that many of the Egyptians were SLAVES and even though it was many years ago long before you were born it doesn’t matter, that stuff still affects things today.

Here Momoland are picking on Chinese people, they’re wearing the Qipao when they’re not even Chinese and stereotyping them as people who get in boats when there’s no water but just a bit of mist on the ground from the light crew.  As a part-Chinese person I find this offensive.

Also there’s all this dancing in hanbok.  I can’t remember where hanbok is from but it’s probably some marginalised country where people are being marginalised in their margins and Momoland should stop doing that, because nobody wants to be in a margin, you can’t even write anything properly in there. 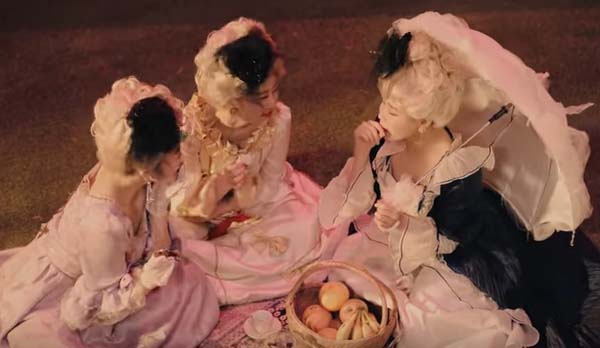 However the big offence is these French scenes of fake Frenchness.  I will now tell you why this is bad with a real story from my real life.

Back when I was very young (younger than debut-age Little PSY), I thought girls were gross and fugly, but I also had a weird attraction to frilly things that looked kind of girly, like fancy women’s clothes.  I didn’t actually want to wear the clothes, I just kind of liked how they looked, and I didn’t know why this was. As I was a boy and boys weren’t supposed to like girly things, this was against everything my toy soldier collection had taught me, so I wondered if maybe I was secretly a faggot bitch.  I continued to not understand this mysterious impulse, although it was probably this compelling fascination for these clothes that partly drew me to classical piano at a very early age (a sneaky trap, as practicing classical pieces quickly proved to be boring as fuck).

Then I became older and hit puberty, and suddenly realised that girls had the capability to be the opposite of fugly, something I hadn’t emotionally prepared myself for (because nobody told me in advance that a puberty thing was going to happen and that there would be fap and boobs).  It then occurred to me that it wasn’t so much the clothes but the girls wearing the clothes that I really liked, and the frilly clothes were just a nice decoration that made the lady bits more interesting, like exorbitant gift-wrapping on a Christmas present, or whipped cream on a sundae.  Things started to fall into place as I gradually sought out fap material, such as period films that showed fleeting glances of boob, and Enigma’s “The Principles Of Lust” music video.

Many years later as an adult I met girls who were into Japanese “lolita fashion” who informed me that there was an actual proper name for this sort of style, “Rococo” – and also that it was primarily a French thing.  As someone with German heritage I knew that my birthright entitled me to dominion over all things French, and I felt like the last piece of the puzzle had fallen into place – it was culturally determined all along that I would like Rococo style.  That is, until Momoland started mocking my precious fappable French culture.

When assessing cultural appropriation, you always have to evaluate the sincerity of the intent, and these girls are totally taking the piss.  The Eiffel Tower wasn’t built until way after women were done with all that frilly dressing, they’re just trying to mock the French.  They’re not even trying to be historically accurate, how am I supposed to develop a smooth fapping action while thinking about oppressing French people if I have to watch this cheap parody.

These aren’t even proper French biscuits but some two dollar special from Lotte, and clear acrylic biscuit bowls weren’t invented until at least 1936.  I am very offended by the lack of committment to Frenchness.  First the fuckin’ berets, now this shit.

Oh, and the final nail in the coffin: 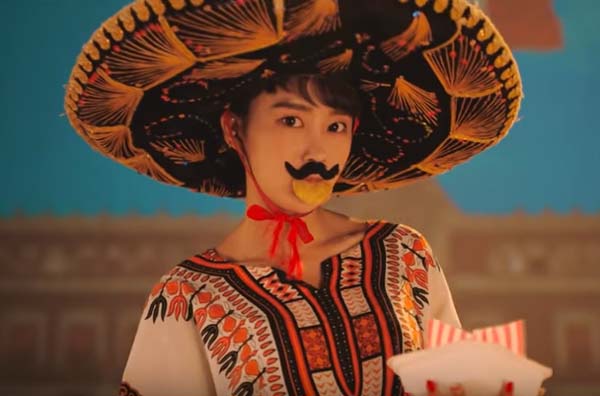 They had the decency to at least put a proper Mexican homage in this video with correct clothing and even facial hair to include the transgenders, finally Momoland starting to become woke.  But then they fucked it up by making the girl wear a moustache that curls up at the end like a French moustache, and not a proper straight Mexican moustache.

Just another jab at the French people.  I’m fed up with all this rococopropriation.  Why can’t k-pop just be woke and completely aware of everything that offends everybody in the world at all times?  Is is that hard to obey the rules? 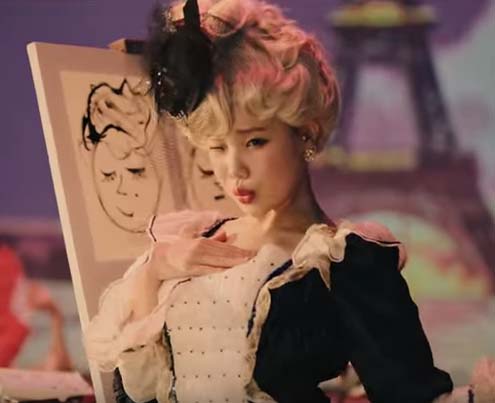