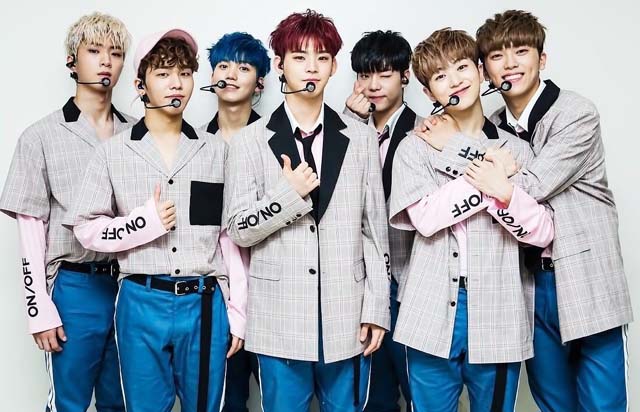 K-pop is the genre where the cringe of the forced aegyo is only topped by the shittiness of the group name abbreviations.

The music industry has been trying to sneakily “rebrand” disco for decades.  In the 90s there was a wave of absolute worthless bullshit music called “acid jazz” but it was really just late 1970s and early 1980s disco with zero musical difference and a different name, because they didn’t want to call it disco due to the negative stigma attached to disco that still lingers on from that time.  And now we have “city pop”, which is once again just record labels trying to sell you exactly the same disco sound and hoping that you don’t remember where this kind of music comes from or how much it was hated.  People will be fooled now just like they were fooled by the acid jazz movement, but don’t kid yourself that “city pop” is an actual genre – musically it’s just boring retro disco music like any other boring retro disco music.

It took me a little while to realise why I didn’t like this, and then I realised it’s because it’s a cute girl group song written like a typical cute boy group song.  Then I listened to it more and realised that I was wrong about that and that I probably just wanted it to sound like Holiday In Cambodia and it didn’t.

Astoundingly good production edges YG’s latest dungeon resident over the line.  Ignore the singing completely, definitely ignore the clowns in the video and try to disregard the general slow pace of it all and there’s at least some good sonics to appreciate here.  Maybe someone can sample bits of it sometime in the future and make a real song out of it.

I’m glad life is good for them, please go away and live it and stop making music.

They’re not as sorry as I am.

Absolutely terrible, there’s a ton of acoustic “roots” (ugh) singers just like leeSA in Australia and they all suck just as much.

This song is actually great right from the very first chord and sticks out like a sore thumb against all the other pedestrian bullshit this week.

The PR people from the company behind this really wanted this song to be in roundup.  They also really want you to know that this is a walk-on track exclusively made for Korean Overwatch team Seoul Dynasty.  I made the huge mistake of buying Overwatch recently because it was half price and I wanted to fap to Mei and I really haven’t been having much fun with what I’ve learned is just Team Fortress 2 with better graphics, less hats and an annoying reliance on reflexes that I don’t have plus usually-afk healers and tanks to negate all the bullet spam.  So even though this definitely isn’t the worst rap track ever it’s really hard to resist the temptation to shit on this song anyway just because playing Overwatch sucks so fucking much.

This came out a while ago, but some songs miss roundup for a few weeks because they are boring.

Not too much excitement happening over at Starship Entertainment this week.

Or in rap, for that matter.

He’s so heavily into soft smooth bullshit that he even spells his surname differently to remove the sharp edges on the letters.

This is just someone’s bored travel footage.  Clearly nobody could be fucked.

Check out that oversized acoustic baffle on the mic stand.  This guy must have one hell of an annoying voice that even the audio engineer doesn’t want to hear.

Pup – Where Is Your Dream

More like “where is the other two minutes of the song”, guess they ran out of money.

Speaking of pups, see kids, it IS possible to make music that doesn’t suck ass.  Sure, the drummer fucked up the timing of the fill going into the chorus but you gotta cut them some slack, at least they’re not being made to sing shitty love songs that are many years too old for them and being shoved into fetish clothes like all those creepy ultra-young idols.

The making of Red Velvet “Bad Boy” with The Stereotypes

Someone linked this to me on ask.fm and I’m grateful for the look into music production that it provides.  Despite the stereotype (pun intended) that making pop music is easy, the reality couldn’t be further from the truth.  Even teams of experts like these guys can’t get it right most of the time, and it’s not necessarily their fault that the end result isn’t that great – notice how they’re working to SM’s strict template, this is mentioned near the start of the video.  The team talk enthusiastically about how melody is the most important part of k-pop and it’s something that they don’t usually get to explore normally, and it certainly shows in the final product as they proceed to get everything else right.  There’s no denying the production craft here is top-notch, but sometimes what the client wants is just that one thing that you’re not very good at.

That’s all for this week’s roundup!  Roundup will return next week, and in the meantime don’t forget to complete the Kpopalypse Objectification Survey for 2018!  There’s still a few days left to fill this out if you haven’t yet, and I don’t want to see any complaints that your bias didn’t score highly if you don’t bother to vote in 2018’s most respected worldwide k-pop objectification poll!