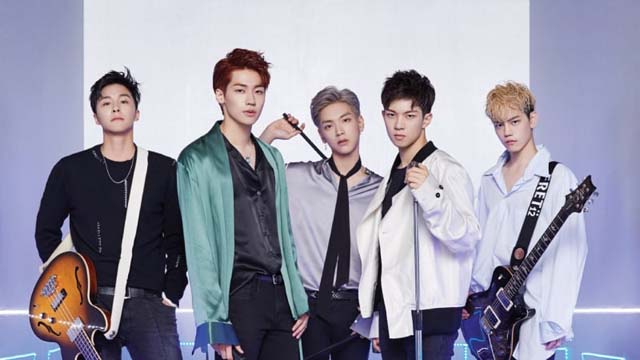 BTS are “not k-pop” according to their own fans so N.Flying get the header picture this week. I mean, this is a k-pop blog after all.  N.Flying need the promo more anyway, and by being neglected BTS get to be more in touch with their “han” or whatever, so everybody’s a winner here.

I’ve got enough k-pop artists to cover each week in these roundups without adding extra non-k-pop stuff to the review pile.  Let’s just move on.

It’s no “Don’t Be Shy” that’s for goddamn sure but it’s still pretty good and the video is sufficiently distracting that it probably doesn’t matter anyway.  And is that really NC.A at 0:52 because she sure MR.S all of a sudden, damn.

This even cheaper version of the same electro-reggae thing is actually even better.  Proof that you don’t need Primary-tier production to make this type of thing work.

I guess this group are going to go with the toot-toots for a while now, given that nothing else has really worked for them commercially up until this point.

Remember how last week this group had a song that was produced quite well (unlike their debut) but was actually a bit shit musically, and I mentioned that I hoped they’d get both things right next time around?  Well they have.  Isn’t it nice when things work out.

Now that MIXNINE is over it’s great because I get my nugus back.  This starts slow and dull but is actually not too terrible once it gets going, unlike Eyedi’s boring date who takes her on a scooter ride to look at a beach and do nothing.

N.Flying – How R U Today

Sometimes slow rock can be good if the song is there, and this one isn’t too bad, with the squirts and toots mercifully consigned to the far background.  This isn’t any worse than similar stuff from BigBang etc.

Just as terrible as the music it’s emulating, this is all brass, funk bass, and no song anywhere in the vicinity.

Embarrassing soft smooth crap with a stupid lurching beat that swings like ass.

What does a “squall” even mean.  I think a “squall” is perhaps a good name for those tropical toot-toot noises.  Stop squalling at me, everybody.

They’re ALL wearing seatbelts in the car scenes these days, it’s good to see.  I wonder if the girls from Ladies Code ever thought to themselves when they were debuting that their biggest impact in the world of k-pop would be in OH&S compliance.

Another song where nothing happens.

Wow it’s like the nugu version of Amber, pity the song is boring so I can’t care about this, but props for being yourself etc

Here’s this Vinxen guy with another video, but he’s got a song on his album with Sandy on it and I want to see a video for that, not this.  Fuck The Unit and Produce 69, watch Sandy on School Rapper caonimas.

On the other hand this is fucking cool.  It’s for an OST and I usually ignore these but the music actually rocks, and whatever film this is for looks great too.  I could watch that girl slap people all day.

Kwak JinEon – A Walk Together

This young couple got so bored by this shit ballad that they fell asleep and aged 80 years.

Here’s an addition reason to skip a video in roundup without listening to it this week.

That glimpse of a toy Marshall stack at the start of the video is definitely as close as this one gets to rocking out.

If these people spent less time making shitty R&B lite nonsense and more time at their local arcade maybe all the ones in my city wouldn’t have closed down plus we’d have less music that sucks now.

Man, fuck these assholes.  I started this video, then minimised the window and watched something else, then I heard that phone vibrate and I suddenly went looking for MY phone.  Everyone in this video can get fucked.

Look, he CAN use English!  Now he just has to learn how to be a decent human being by not making shit music, and maybe also not get tattoos on his forehead that look like someone missed with the supermarket scanner.

I’m pretty sure that this group know about “Lamb Of God” but don’t actually know what “Lamb” means and so just substituted “god” for “fire” because they thought it sounded cool, when actually it just sounds like dinner.

I had pretty much given up on this when the chorus actually happened and it wasn’t awful.

Sounds like the last few EXO songs stuck together with no real rhyme, reason or effort.  Gosh I hope for EXO-L’s sake that Hyundai built the Kona better than the Starex.

Anybody out there making YouTube videos, or any other video or TV content of any kind whatsoever – do not repeat and loop the “funny moment” footage because it actually makes that moment less funny, plus you are treating your viewers like complete dog shit by telling them that they are morons who are incapable of seeing it the first time.  If you were to jump through the screen and take a shit in their mouth it would probably be less insulting.  Or maybe, just maybe, the “funny” thing isn’t really all that funny to begin with anyway and they just gotta try to emphasise it to hopefully exaggerate the fuck out of it so it doesn’t look like these morons are obsessive incel freaks caring about insignificant details that no rational person would give two fucks about, or even fucking notice at all.  Either way, if you make these kind of loops, you are part of the problem with society today and you need to go and reflect and return with a more mature image that plays only once from beginning to end.