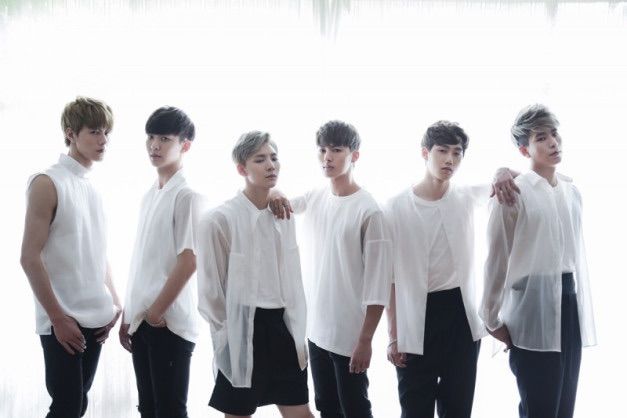 Do you reckon the wardrobe department agonised for hours over exactly what cuts of white clothing to give to each VAV member, or do you think they just opened up a box saying “white clothing for men” and let them pick any old shit?

Even if Suzy didn’t have all the charisma of a wet fart, this song would still be pretty unspectacular.

Actually this song isn’t that great, but VAV have come a long way, they sound like a legit boy group these days, so why not give them header image status to encourage them.

What are these kids the “boss” of, the queue for the cafeteria during recess?

In a society where people care so much about their appearance, it’s amazing and heartwarming that these ugly cunts even are allowed to exist at all let alone pick up the courage to be filmed playing instruments.

Elephants seem to be vastly underrepresented in the furry fandom so watching these guys hanging out with furries making trop-house dubstep hybrids will no doubt please some niche audience out there who reads my shit.

Miryo – Can I See You Again

Well this stupid CGI crap is still better than watching Miryo trying to dress “sexy”, and the song is slightly better than her usual trash too, so that’s two steps in the right direction.

It’s not often when I can say that I’ve seen something truly different in the world of k-pop videos, but I think I’ve found something here.  Also this is actually a better song than VAV or anything else in roundup this week but I didn’t have much luck with “Zagmachi” in Google image search.

Actually Hong Jin Young seems to only be in the video rather than the song itself, but I guess that’s all that matters.

All these actors taking the place of k-pop stars, oh my god I’m so upset about that, why don’t they just stick to acting, allow me to write ten thousand stupid online comments about it like my opinion matters and I have any right at all to dictate the careers of others [insert incel tears here]

When the world runs out of oil we’ll be able to scrape the BB cream off Eun Ho’s nose and power our fossil fuel vehicles for another few years while we get green energy going.  This is a solo version, less resource-rich full band version here if you’re interested.

There was maybe an okay song here if either of these rappers had bothered to actually rap over it instead of doing that sing-songy Autotune nonsense.

This one is better only because the Autotune is used like salt instead of special sauce.

If she’s thrown out her VHS player like any sensible person, she would have been spared the torment, hey.

Cool sounds does not a good song make.

This is Minhee from Miss $, that group that everyone claims to like way more than miss A but nobody ever listens to, like, ever.  Can understand the confusion with Minhee from Stellar, both of them are rocking the same k-pop mullet.  Anyway this Minhee here can just toddle off.

You can tell when the video director doesn’t know shit about music – the vocals are synced to the audio but nothing else is.

Singil Station Romance – No One Can Love

The amount of ballads coming out of Korea is becoming a parody of itself.  I don’t even need to write anything here about how much of this utter bullshit comes out each and every week because it’s self-evident.

Roy Kim – Only Then

Of course Roy Kim turns up in the bonus songs section.  Will he ever get airplay?

Park Boram – Will Be Fine

It’s not the one true Boram so I don’t care, but even if I did, this is rubbish.

God, trawling through all this was depressing.  That person in the comments saying that this is perfect, I’d hate to have your life.  Do you scratch your buttcrack for thrills you fucking cunt.

Sangmin Lee – Blues Along The Way

You’ll get the blues alright.  Mind you I like how it fades out halfway through.

Thanks to my book-sending caonimas I’ve been reading a lot about the horrors of the North Korean regime lately (which is exactly as bad as you think it is), so spare a thought for these South Korean troops who have to dutifully face off against the North daily in the freezing weather and endure countless hards… hey wait, they got to meet Hong Jin Young, hey FUCK these guys.  Hope you enjoy 21 months of being cold and dodging bullets, fuckheads.