It’s time once again for Kpopalypse roundup!  Let’s take a look at some more new releases! 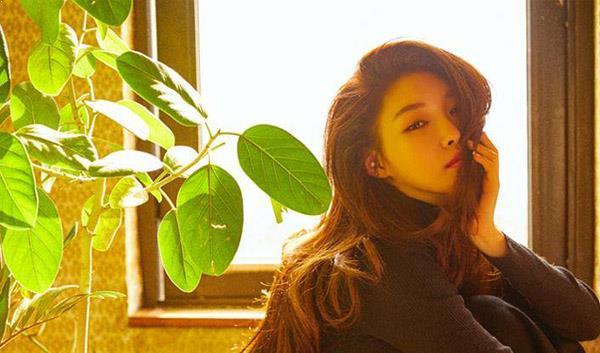 Chungha’s song wasn’t great, but it was still better than everything else this week.  Oh boy.

Forget about the (low) quality of this almost-but-not-quite plagiarised song for a moment, head on over to the intellectual wading pool that is Reddit/kpop and laugh at the people getting upset about my supposed “edginess” (please) and that I dared to make a joke about Sunmi’s gun dance.  These people must be really fun at parties.

The video looks great and the song has some cool, imaginative backings but it’s all ruined because the actual melody has been replaced with a bunch of “what, what, hey, hey” nonsense and R&B ramble.

Speaking of “hey nonsense”, whoever is steering Jimin’s creative direction needs to stop messing with this lightweight pop crap and learn from what made “Puss” so great.  Nothing about this song or video suits Jimin.

An above-average chorus props up an otherwise reasonably bland song.  At least it’s fast tempo and doesn’t have the toot-toots, I feel like even though this song isn’t amazing, it’s indicative of k-pop gradually moving back into a good direction at the moment.

And then something like this comes out and I think perhaps I’m just lying to myself.

Real men don’t hold their drumsticks the “jazz” way.  Also, is that Little PSY on the bass?

When Jay Park has the best rap backing track of the week, you know Korean hip-hop is in serious trouble.

THE UNIT ARE COMPLETE SHIT SO FAR SECTION

A bunch of songs for whatever “The Unit” is, just came out.  I think it’s some TV show or some shit, I don’t even know, I don’t follow this crap.  But there are songs and you guys wanted me to take a look, so I did.

The Unit G – Cherry On Top

Absolutely rubbish, just lots of meandering bullshit over a boring slow backing with those marimba shits we’re all sick of.

This one is a better try but it’s really just too leaden and not happening, just like trying to fuck in those blue maternity dresses.

The Unit – All Day

The boys aren’t doing much better, as it happens.

In fact all of these “Unit” songs sound like a committee meeting tried to rewrite a bunch of popular girl and boy tracks by copy-pasting the bits everywhere, but the results just don’t add up.

This isn’t too bad actually, one of the few listenable tracks this week.

That big brass which is supposed to sound “badass” works really well in Block B Bastarz where it plays with the minor 2nd interval like any good metal song, but sounds a bit out of place here where it’s doing what sounds like a melody from a Strauss waltz.  This is what happens when computer programmers think they know how to write music because they can adjust DAW settings.

If you want love, have better songs.  At the moment I only like you as a friend.

Just another R&B song where nothing much really happens.

Absolutely horrible.  “Oh but it’s Arira…” fuck off this is shit.

If he knows, why is he still doing it.

This video starts off promisingly with a girl in bed like the best of AOA and Stellar but then the song starts and it’s the usual ballad bullshit.

More painful R&B vocalising over a backing track full of nothing.

A little better than the usual ballad thanks to some decent arrangement and a singer who doesn’t go off into ooh-ooh-ah-wooo territory.  I’d still rather listen to the new Momoland though, and I don’t even like the new Momoland, but it’s sounding better and better to me the more I listen to everything that came out this week…

I hate it when bands do that “Abbey Road” thing.  The people who live on that street must get sick of half a dozen fuckheads lining up at the pedestrian crossing taking pictures of themselves each and every fucking day.  One day one of the local residents will finally mentally crack and pull out the sniper rifle, then happiness really will be a warm gun.

There really must be no good music this week when Jane Jang actually makes it into roundup.

Because all the crybaby Americans got upset that I made a gun joke in my Sunmi plagiarism post because GUNS ARE SUCH SRS BZNZ MAN, I thought I’d give all you American gun-nuts something to appreciate.  Feel free to jack it to Yeonjoo waving a pistol around during this song while thinking about whatever gun-related fantasy works for you.  My favourite is Yeonjoo sticking up Johnny Noh and demanding his secret stash of high-resolution Ailee photos.