Kpopalypse roundup is back!  Let’s check out this week’s new releases! 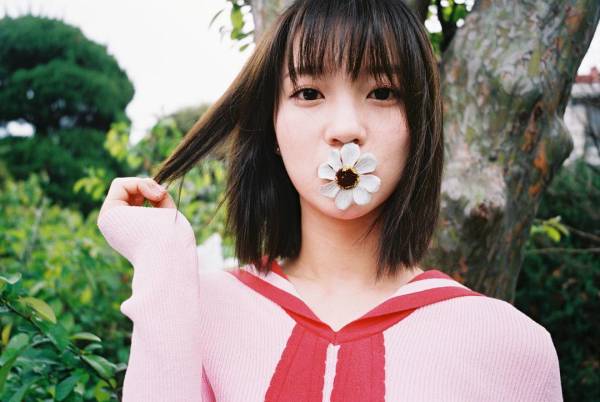 Scan-dol of the week – Binnie (Oh My Girl)

Note that there is no distinction between “normal” and “bonus songs” this week as the roundup this week has no relationship to the radio show, which was guest programmed by Nichiboy and MC TK from HQ Complex’s Nolja K-pop Party in Adelaide.  Also please note that Christmas songs will not appear in Kpopalypse roundup, they will feature in a special post later.

All week I’ve been seeing everyone rave about this song, so I finally listened to it and… sorry but I don’t get the fuss, this is boring.

I saw some boxing and thought we might get a hard track for once from these guys.  Oh well, maybe next time.

Fly To The Sky – Your Season

I was reading about this group the other day and their history, and I didn’t realise how old they were.  Old enough to know better, surely.

Swings is even more proof (just in case you needed any) that netizen hate just doesn’t matter.  He just keeps on keeping on despite the fact that he’s done just about everything one can do to piss off the Internet.  I’d stan him if he only had any songs worth a shit.

Don’t you just love a bit of hard-Autotuned trap R&B ballad to brighten your day.  What, you don’t?  Oh wait… me neither.

You can take a runny dump in between the beats of this song without breaking the flow.

My brother has the exact same keyboard that is used here as part of his concert rig.  Hopefully he spares me and never learns this song.

I like the video because the girl genuinely looks like she’s in pain from listening to this shit.

It’s like a low-rent version of that Lonely Island song, the one with the joke that wore off by 2010, and just like that song, once the novelty is gone there’s no reason to care about this either.

Baek Z Young gets told off for being a shit employee all the way through this video, but you can’t blame your employees for having low morale and performance if you’re going to give them songs like this to sing.

I always feel with these vertical strip videos that I’m being cheated.  It’s not art, it’s you robbing us of 70% of the content.

Here’s my obligatory non-ironic link to an Asian Junkie article that covers all the important questions you might have about this song.

Those of you who criticised my “R&B is shit” post for cherry-picking and not having enough examples in it – are you actually fucking serious?  Really?  There’s like half a dozen fucking pieces of shit like this in every Roundup over the last year, how many fucking examples do you need?  And if that wasn’t enough, we get the toot-toots in this one too, so you should be able to clear up any questions about tropical shithouse in the very same song.

It was a big week for boring R&B-influenced crap, too.  It’s like the whole of the Korean music industry read my R&B post and your comments and decided to back up all my points.

And for those of you who think I should study up more on American culture before criticising R&B, well sure, I can certainly do that, but maybe you should also return the favour and study up more on Australian culture before criticising my writing.  Any country that America isn’t bombing at any given moment just for lulz, or secretly trying to destabilise governments of (not fun when Russia does it to you but where do you think they learned that trick from), America is using “soft power” on by exporting its cultural trash and then expecting everyone else in the world to not just like it but even understand and regurgitate it all in its correct context, which trust me, cunts in other countries honestly just couldn’t be fucked with especially after all the other bullshit you guys have put us through.  So fuck k-pop for a few minutes, here’s your first Australian cultural lesson – while in America tits are pretty much banned from free-to-air TV shows because “it’s a sin” or “think of the children” or whatever (even though you can basically show reality snuff films AKA “news” at any time of day or night if it’s deemed important enough), in Australia it was always acceptable to have exposed female nipples on TV as long as they weren’t there during designated children’s TV time.  This video above came with three versions.  There was a “daytime” version with no nudity at all just in case the song hit the top 40 because chart shows like “Take 40 Australia” was broadcast right during peak children’s cartoon watching time, the “evening” version that showed a little bit of the nudity but didn’t have the whole glorious “nipples rubbing against the bedpost” action, and the “late night” 12-inch mix version above that had everything in it.  However all three versions did contain approximately equal mullet action, and Australia’s love affair with the mullet was very strong during this time.  Be sure to observe the above video closely and learn about Australian culture, there’ll be questions later cunts.  Oh and on a slightly-related side-note, anyone who can hit me up with a copy of all the complete seasons of similar-looking T&A-friendly forgotten early-1990s Australian soap opera “Chances” feel free to make yourselves known via the usual channels, the fapgods will thank you.

That’s all for this week, more Kpopalypse roundup next week!