Ever since Kyla from Pristin debuted, I’ve been receiving lots of questions about her.  Obviously interest in her is high because she’s part of Pledis’ hot new girl group Pristin as well as the new Kpopalypse sidebar girl for 2018.

It’s no secret: I am very unashamedly ideologically pro-Kyla.  I’m fed up with all these stick-skinny idols and I would like to see more Korean pop idols debut who look like Pristin’s Kyla, I believe that all idols should obviously strive for a healthy weight range such as the one that Kyla exhibits and this would contribute greatly to the health of the k-pop industry overall.  However, is my belief correct, or am I full of shit?  How much does Kyla actually weigh?  How can I request other idols to copy her weight if nobody even knows what it is?  Also, is Kpopalypse telling the truth that Kyla’s weight range is actually healthy?  Time for Kpopalypse to unravel the MYSTERIES OF KPOP and answer the burning questions that no other k-pop website dares to touch! 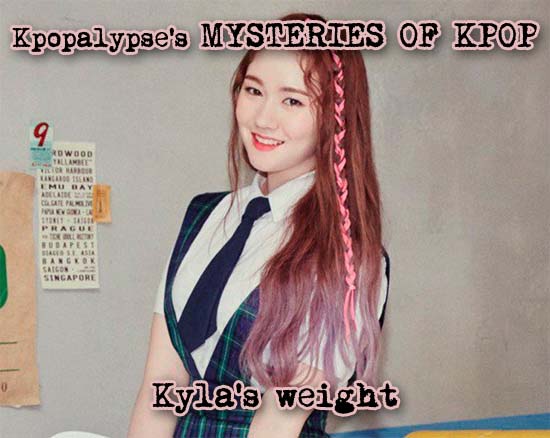 To answer this important question I firstly turned to my trusty friend, Google:

They also said that she doesn’t have any hobbies, siblings, education or fans.  This seems incorrect to me given that comments on true trufaxal super-true journalism site of truth Asian Junkie noted that he had a very SNS-active brother. 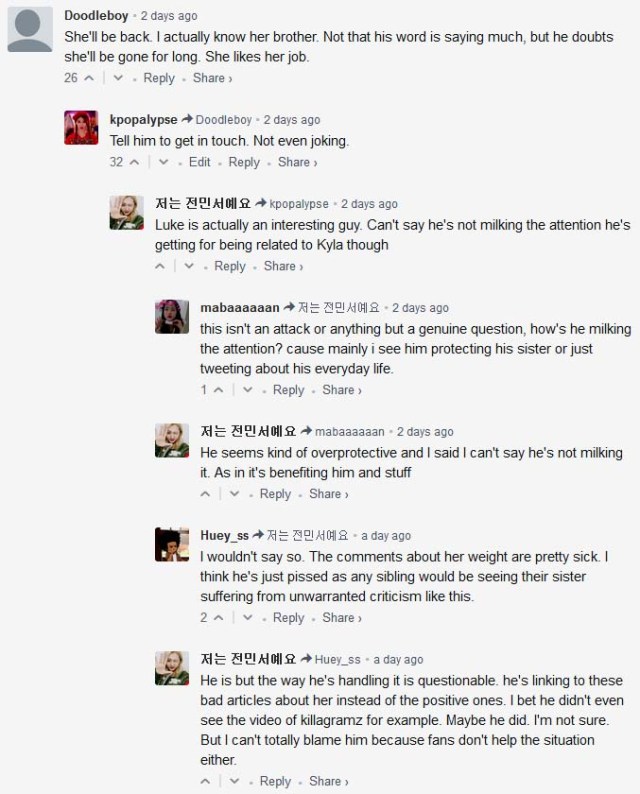 Unfortunately, her brother hasn’t yet reached out to Kpopalypse blog, but if he’d like an interview, he should do so immediately.  Contact details here, my friend!

Back to the topic at hand, and it was clear that more investigation was necessary.  Kprofiles.com had no listing for her weight at all, despite listing the weight of every other Pristin girl.  However they did mention the following:

As they didn’t seem to know what her weight actually is, I’m uncertain how they can conclude a definite cause-effect relationship based on an unknown value.  There seems to be something fundamentally mathematically wrong about this conclusion.

Wikipedia had no idea at all (better not ask for that $3 per month again until you do, guys) but Wattpad had a little bit more information:

Although they didn’t anglicise her name correctly (it’s “Solhee”), at least they found that her family was alive and well.

Above is the entry from nowkpop.com, who also had no idea.  Below is an except from a “massive guide to Pristin and members“, and they were also clueless.

Fine, I guess I wasn’t going to find my answer here.  Maybe if I narrowed my search:

Clearly I was not the only person who had been down this path.  The results mainly led me to articles about her being harrassed.  Here’s the articles I found:

The Buzzfeed of K-pop documented many instances of Kyla being called fat and generally being treated mean, but couldn’t tell anybody what her weight actually was.

Asian Junkie’s trufaxual articles of truth also highlighted much of the drama but didn’t talk about her specific weight.

A site I’d never heard of called United K-pop had an editorial about the hate she was receiving, but also had no idea what she actually weighed.

Of course Korean netizens had no clue and neither did Netizenbuzz, who I’m sure would jump to Kyla’s defense if… oh wait, Kyla’s not in Block B, is she?  I guess not.

Even The Great Satan weighed in on the Kyla issue, but no hard data about her weight was given.

Defeated, I gave up.  Clearly, nobody knew the answer.  Drying my tears, knowing that I had failed to provide adequate Kyla defence, I turned to YouTube to watch Kyla images and pray for her recovery from her recent health issues.

Not only was her weight clearly stated, but all of the other details were… well, more detailed than everywhere else.  Clearly YouTuber Kbeat1st knows their stuff when it comes to Kyla.  Could it be true that Kyla was within a completely normal healthy weight range, as suspected by Kpopalypse?  Time to analyse Kyla’s body mass index to get the trufax.  Her height of 165cm was already well-documented – how heavy should someone of this height be?

Using the Body Mass Index calculator here gave me the truth.  However I wasn’t going to stop here.  Kpopalypse always goes the extra mile to search for a second opinion when researching.

In fact, according to several health websites Kyla is if anything on the skinny side of average.

Of course, these are calcualtions gained from completely normal, rational medically-sound websites accredited by medical professionals.  Never mind those – what do horrible diet sites making money off human misery think?

Even Jenny Craig agreed with the medical professionals that Kyla in fact veering toward underweight.  But would Kyla be accepted by the nutter pro-ana extremist crowd? 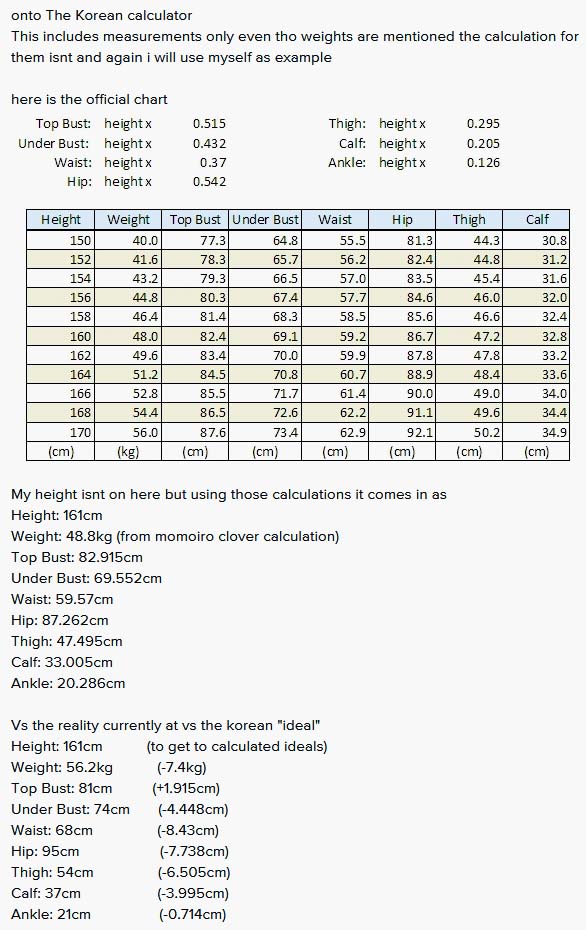 Using the “Korean chart” (I found it on more than one pro-ana site but I have no idea of the actual source for it), the ideal weight for someone of Kyla’s height according to wacky pro-ana standards is once again just 52kg – the same as the Momoiro Clover Z calculation (which I also don’t have a source for) and also only 1kg less than Kyla’s actual weight.  The pro-ana author of this blog was actually 7.4kg over her target “cray-cray” weight, far further from her goal than Kyla!

The conclusion: Kyla is medically healthy (unless you’re an idiot) and Kpopalypse is right, once again. 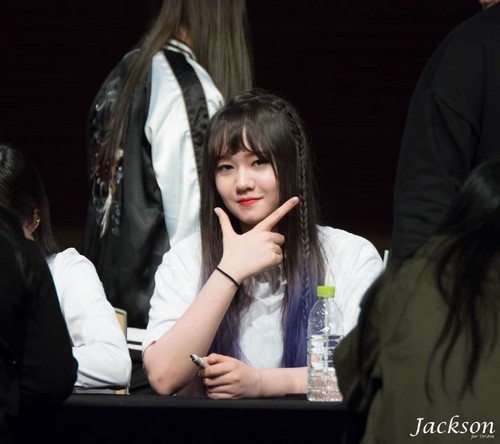