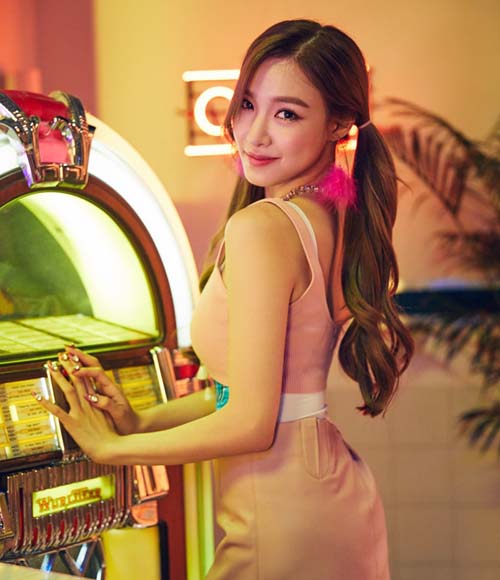 This week was Radiothon week for Three D Radio, therefore the roundup doesn’t have any relationship to the radio show this time around as when it’s Radiothon time I tend to just play tracks from whatever it is I happen to be giving away at that moment (usually Golden Age girl groups!).  Below are this week’s new songs, none of which were played on the air this week.  It wasn’t a very busy week in k-pop anyway.

Now that half of these girls are too anemic to even stand up for extended periods they thought they’d film the whole video with the girls in chairs doing as little as possible.  Who says SM doesn’t care about their artists.

I don’t know how to translate the other DIA subunit name so… I’m just calling this one DIA.  Anyway the song isn’t that interesting so it doesn’t matter.

The whole “old school” vibe they’re aiming for here is pretty much ruined by every single piece of singing being hard Autotuned to death.

Justhis – Welcome To My Home (remix)

Why are there subtitles, nobody cares what this guy is saying.

I guess when you’re two guitar shut-ins who spend 18 hours a day practicing every day since you were both 5 years old, having a friend really is something to write a song about.

Did you know that the other day a chunk of ice about half the size of Luxembourg broke off the Antarctic?  It’s probably YG’s fault for fucking around down there shooting stupid music videos for their latest ballad bullshit.

Taeyang – Wake Me Up

For fuck’s sake it wouldn’t kill you to speed it up a little.  You’re not that old.

This is a nice try and has some great backings but the melody just doesn’t quite come through on the catchiness.

This is like Roots Manuva’s “Witness The Fitness” but for boring people.

Bossanova with a few electrofarts in it is still bossanova.

We don’t care if it’s your song.  Self-expression isn’t all it’s cracked up to be.  Make something that somebody else wants to listen to next time.

Rocking a Beastie Boys “Licensed To Ill” shirt while singing music like this should be some kind of criminal offence.

This song isn’t really anything that special but seeing FTIsland play as a support warm-up act for AOA is cool and exactly how it should be.  It makes me feel better about the Australian KCON lineup with only two girl groups in it.