It’s a rare eventuality, but sometimes Kpopalypse roundup just doesn’t cut it and I have to strike out with a long-form review of some hot new releases to show all you other crappy k-pop websites how a real k-pop review is done.  Hold onto your genitals as Kpopalypse reviews Girls’ Generation’s “Holiday” and “All Night”! 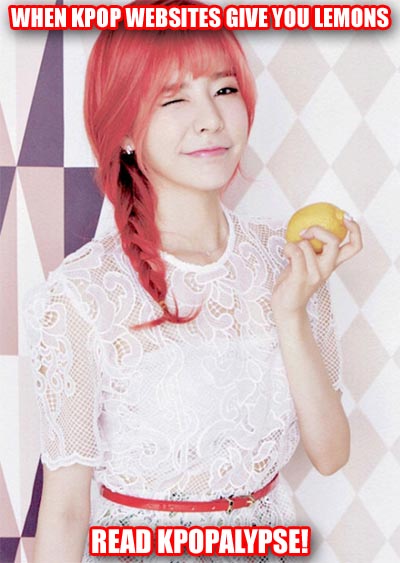 In the modern cultural landscape, where everyone is online and everything is competing against everything else for everyone’s attention at all times, k-pop isn’t in a cultural vacuum.  K-pop groups not only have to compete against other k-pop groups, but against all music and in fact all other forms of entertainment that exist and can be accessed just as easily.  Every decision by a viewer in the modern onlineosphere to watch a particular entertainment item comes at an opportunity cost – the time you are spent not watching something else that you could be watching, or doing something else that you could be doing.  Each viewer only has a certain amount of free time, so it’s important to spend it wisely, so that this cost is not too great.

Such is the dilemma that I faced tonight.  Review the new Girls’ Generation songs, play Playerunknown’s Battlegrounds, or watch Hitomi Tanaka videos?  Playerunknown’s Battlegrounds was experiencing some weird lag issue, and the game has been annoying me lately as I suck at it so badly, so that narrowed my options down to two.  The choice now seemed obvious – preparing the tissues, the only tricky decision was to select between “DIY Bondage: Cheating With A Married Slut With Colossal Tits Hitomi (PPPD-579)” or “Knocking Up Big Tits Apartment Wife Hitomi in the Early Afternoon While Her Husband’s Away (PPPD-570)”, but then I realised something important.  Sunny from Girls’ Generation has very nice boobs – I wondered how prominently were they displayed in the group’s two new videos?  Sensing that an important mission was calling, I decided to investigate more closely.

There’s no doubt that SM Entertainment know exactly what they’re doing with Sunny in all of Girls’ Generation’s videos since the group began – they’re applying the Skinner Box to their music video technique.  Skinner worked out that if you placed a rat in a cage, and gave it a button to push that dispensed food every time the rat hit the button, the rat would figure out the system and press the button until it had enough to eat and then stop pushing the button and eat the food.  However if you wired up the button so it only released food randomly sometimes but not all the time, the rat behaved differently – sensing that the food supply was inconsistent as the button couldn’t be relied upon to release food every time, the rat would push the button to the point of exhaustion.  Even if there was already plenty of food dropped in the cage the rat wouldn’t stop to eat any of it, but instead would just keep pushing the button until it collapsed. 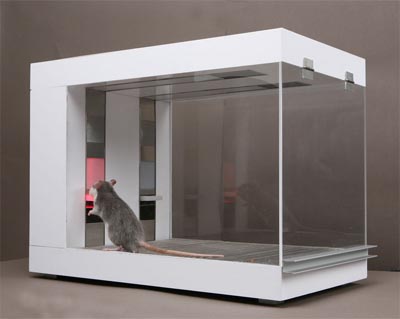 Humans have this psychological hard-wiring too, this is why computer games such as Diablo are so addictive, for example.  Seven out of eight times the treasure chests that you find in Diablo aren’t that interesting, but on the eighth time the chest is stacked and you definitely want what’s inside.  So too, with the chests that you find in Girls’ Generation’s music videos, it’s that promise of the eighth chest that keeps you watching.  However Skinner boxes are cruel to rats and they’re equally cruel to humans, so Kpopalypse will now subvert SM’s clever mind control techniques and reveal to you the eighth stacked chest in Girl’s Generation’s new music videos, to save you from having to waste your time sifting pointlessly through the other seven chests with nothing much in them.

The first crucial scene in “Holiday” is of course the introduction of Sunny’s boobs, which happens at 0:31.

In this scene a lovelorn bartender resembling Grouch from Sesame Street practicses his fapping motion after having just provided Sunny with a frothy white milkshake.  Sunny twists around on the barstool, arching her back and providing excellent panoramic boob presentation as she sings the song, while in the background not-Sunny searches for another song to play on the jukebox once this one finishes which is hopefully of higher quality.

The second important scene is at 1:49.  While the group dance shots don’t give a clear view of Sunny’s boob bounce, when the camera zooms in Sunny makes an effort to provide maximum vertical boob motion.  I can’t read all the letters on her shirt, but the last two are definitely SN… could the shirt actually say WJSN, in a direct challenge to Cheng Xiao of Cosmic Girls, the girl who recently stole Sunny’s coveted #2 position in the Kpopalypse boobs survey? 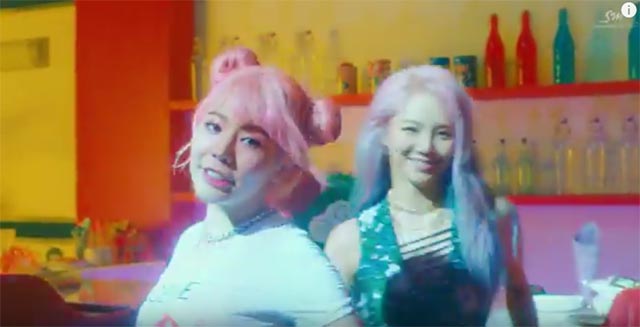 The last scene of significant relevance begins at 2:30, where Sunny once again bounces for the camera, this time displaying herself in a profile shot for those who prefer side-on boob action.  Overall “Holiday” showcases a pleasing level of commitment to portraying Sunny’s boobs in as positive a light as possible.

“All Night” is however much less fanservicey and doesn’t meet required standards for anywhere near as much of its running length, however fortunately Kpopalypse is here to highlight the most important sections of this video.

The “Sunny boob reveal” moment is the most important part of any Girls’ Generation video because it sets the tone for the rest of the proceedings, and in “All Night” this moment occurs at 1:42, however it is very brief in this instance and not conducive to smooth fapping action.

Unfortunately most of the remaining shots of Sunny in “All Night” squander her assets completely by cutting them out of the frame, placing objects such as the backs of chairs and large jackets in the way, and so forth.

However those willing to stick with this turgid mess of boring interviews about god-knows-what and aimlessly meandering psuedo-80s dancefloor bollocks all the way to 6:14 will be rewarded for their efforts with a short and extremely worthwhile scene of Sunny playing jump-rope.  This is the “final boss chest”.  You’re welcome, I hope you’ve enjoyed this subversion of SM Entertainment’s mind conditioning techniques and the continued survival of your species.