It’s time once again for Kpopalypse roundup!  Let’s take a look at some of this week’s new releases! 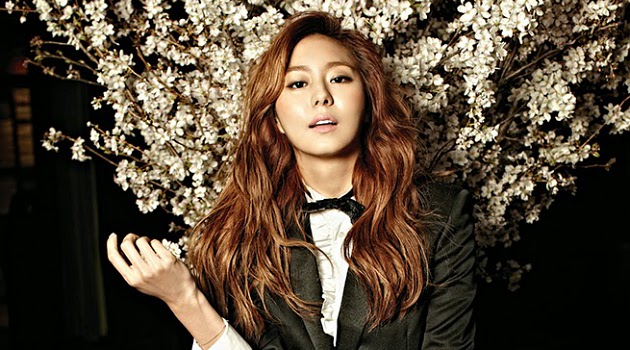 Scan-dol of the week: Uee (After School)

AND THE NEW MEGA-AMAZING THRILLING DEBUT FROM YG TO KNOCK YOUR SOCKS OFF IS… oh wait it’s just more Rhodes-driven R&B fucking bullshit that sounds just like everything else now.  This is why we can’t have an international Hallyu wave, people.  Koreans actually think you like this trash.  Tell them that you don’t.  Send them a clear message that this is unacceptable.

And no the other song isn’t any better, this is just a slightly yolo’ed up version of exactly the same crap.

At least these girls are trying and thank fuck it’s something upbeat for a debut for a fucking change but this one doesn’t really have the melodies required to get it over the line.

Now that Sistar are a done deal, WJSN are going to get all their bland summer comebacks now.  This is why it’s stupid to make a fuss about disbandments.  You’ll get to hear the same songs anyway, eventually.  Hey at least this one has a bit of synth guitar in it.

Right from the very first note I knew it was going to be that trendy bullshit sound.  However this is better than most of them thanks to a welcome double-timing of the tempo plus the toot-toot shit being shoved right into the back of the mix where you can barely hear it.

I was introduced to Kreayshawn’s “Gucci Gucci” because it was #1 on someone’s worst list, but that song is actually fucking great, partly because it actually had a decent beat, but also because the message of the song was “high fashion labels and being a trendy fuckstain is dumb”.  That’s exactly the type of content I’d expect from someone who is the daughter of one of the Trashwomen.  Of course that type of concept doesn’t translate to Korean pop artists who now just think “Gucci” is a cool word, but Jessi is exactly the type of “basic bitch” Kreayshawn was referring to in that song.

I had this on in the background and was like “when does the soft R&B bullshit warbling intro end and the actual song start”, and then it ended.

The Solutions – All That You Want

I don’t usually bother with OST songs but this one is giving me serious La Roux “Tigerlily” vibes and is actually better than any T-ara song since “Sugar Free” so I thought you might like to know it existed.

I’ve got to laugh when that guy lifts the tiniest weights ever.  That’s not a workout dude, you’re not going to compete in the 2018 objectification survey with non-committal exercise like that.

In the old days, rappers used to save their very worst beats for the “sex rhymes” because they knew you weren’t listening for the beat anyway.  Now it’s all changed – this is pretty dull but still the closest thing Dumbfoundead has released to an actual hip-hop beat in years.

Let’s have a boring acoustic ballad and sing in falsetto in the chorus like a cunt, sounds like a great idea.

Back in my school days we had some Jamaican dudes come and talk to us about dreadlocks and they said it was a cool hairstyle that was really practical and encouraged us (mostly white) kids to try it.  They also answered all our dumb questions (“do they smell?”) with extreme politeness and helpfulness.  Nowadays the school would be treated like Nazis for encouraging “cultural appropriation”.  How pathetic society has become, thanks to Internet whiners ruining anti-racist cross-cultural exploration for everybody by fraudulently relabeling it as something bad.

I at least had some high hopes for this one as it’s Zico going off about his anti-fans so I at east expect a hard beat but nope, instead this is soft boring R&B tinged bullshit just like everything else.

Is Luhan the T-Pain for the 2010s or what.  Is he just going to keep with that fucking talk box for his entire career?

Hey all you k-pop vocal analysts, if you’re still reading this trash blog of mine (why is anyone’s guess, but I’m cool with it), why not analyse these kids’ voices.  You wouldn’t, would you?  Of course not – because it’d be stupid and missing the point of why this exists, right?  That’s right.  Now you know how stupid you look to normal people when you analyse anybody in k-pop.

They were holding guitars at the start, what happened?  It’s like the yolo DJ just kinda booted them off stage like Chris Brown at a T-ara concert.

Come on Mirrorball channel, you’re supposed to be saving us, not dragging Korean music even deeper into the quicksand.

Rememberance sounds like a good idea, let’s take a moment to remember the golden age of k-pop where ballads like this were a rarity.

Wow this song by Wilcox is really boring, gee didn’t see that coming.

Look at that dancing.  There’s no way you can sing while dancing like that.  You know that the real singer of this is some outrageously overworked ghost singer who can’t make it in k-pop herself because she’s chubby and has pimples that won’t go over in the superficial k-pop market.

Stella Jang – You As You Are

I’m so glad about the death of the CD format because it means no more “hidden tracks”.  The hidden tracks on CDs were often the best parts, because as they weren’t considered part of the “official product” artists would kind of let their hair down and just do whatever without the self-consciousness that was often shitting up the rest of the recording, sometimes ending in great and unexpected results.  However hidden tracks were annoying for DJs because you always had to do tricky bullshit with your CD player just to hear them, which wasn’t always conducive to a DJ environment – you don’t have time to fuck around searching for start points when you’re in the middle of juggling 15 songs an hour.  Fortunately Stella Jang is helping us all by releasing a hidden track nobody wants to listen to, thus assisting to speed up the death of this stupid format for the good of everyone.  Bless her cotton socks.

A SPECIAL NOTE TO READERS, plus BONUS RETRO CONTENT

Anyone asking me to review the same song in a different language – the answer is generally NO.  It’s the same song, I’ve already covered it.  Why would I cover it again?  A song being sung in a different language (if there are no other changes) doesn’t make it any better, or worse, ever.  Just go back to the original shitty review I wrote when the song originally dropped and read it again, because whatever is written there still applies.  If the new version is musically different somehow then I would take a look, but they don’t usually change up anything musically at all.

Sometimes there is an exception to the rule.  The Japanese version of After School’s “Bang” for some reason had a slightly different backing track, so that changes the quality of the song.  Personally I prefer the Korean version.  While both versions are still good, I feel like they smoothed over the mix too much in the Japanese version and removed a lot of the strange, balls-out elements that were in the original Korean mix that made it work so well.

That’s all for this week – more new releases in next week’s roundup!