That’s right folks, it’s the final part of the results for the Kpopalypse 2017 Objectification survey!  Read on for the most attractive men and women in k-pop!

Scores were then tallied to give the final result across all categories. The four results posts are as follows:

Part 4: OVERALL MOST ATTRACTIVE FEMALES and MALES – this post

MOST ATTRACTIVE WOMEN IN K-POP

Maybe it was because she announced her departure from AOA right when the poll was underway, or maybe it was just because you couldn’t stop fapping, but whatever the reason, Choa cruised to an easy victory in the 2017 most attractive results. 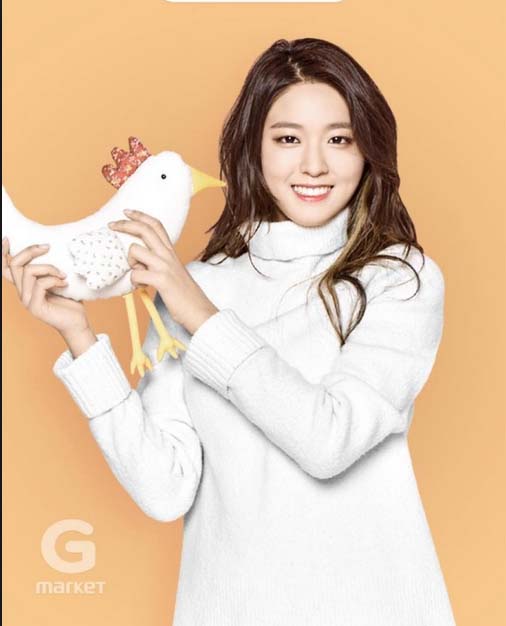 Seolhyun maintained her position in the most attractive females survey this year, helping AOA to possibly the most relevant chart success of their career! 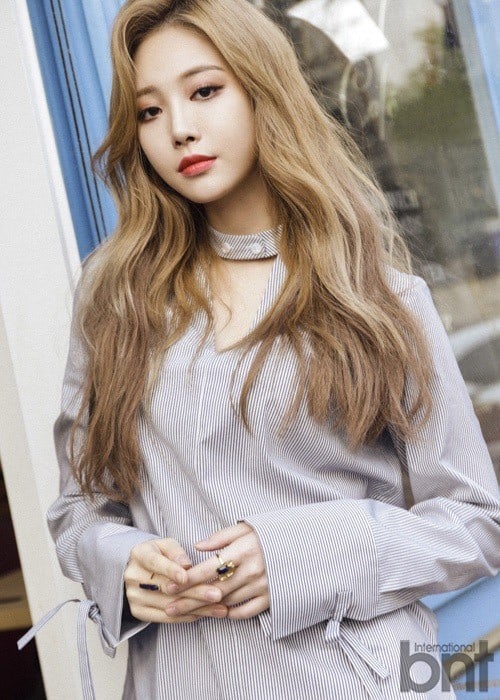 Yura did absolutely fuck all over the last 12 months, but Kpopalypse readers still had her pictures on their hard drive from last year, so it didn’t end up mattering. 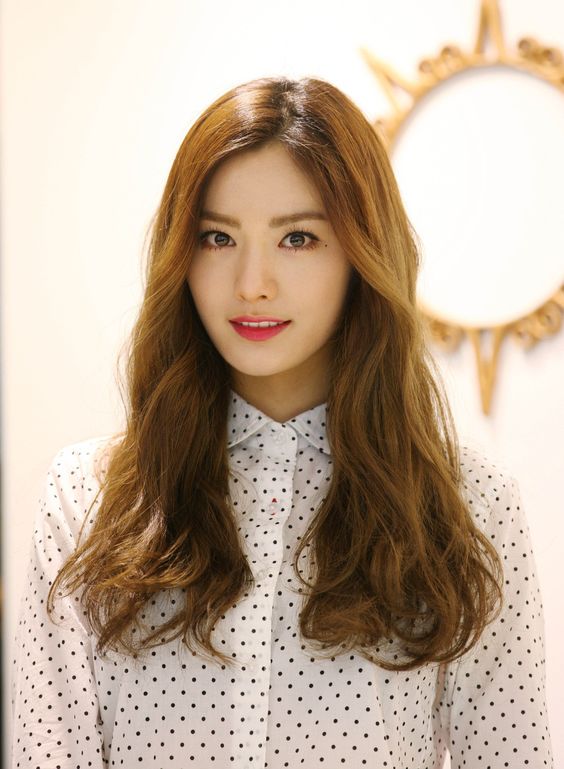 Speaking of doing sweet fuck all, nobody has seen Nana outside the modelling photo studio over the last year, but you all decided that’s probably the best place for her anyway. 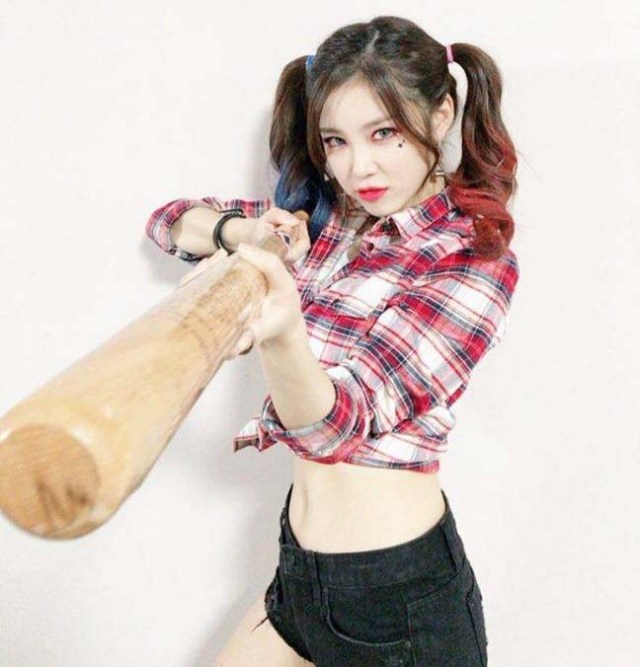 The biggest shock for 2017 was Hyosung dropping all the way from last year’s decisive lead to fifth place in 2017.  Given her commanding lead in the boobs category proved that it certainly wasn’t a case of readers forgetting that Hyosung existed, it just goes to show that boobs do not maketh the woman for Kpopalypse readers (at least not completely).

As Kpopalypse was vindicated in the struggle to clear T-ara’s name, Jiyeon enjoyed a big popularity boost after her post-snake bite venom recovery.  Meanwhile twin snakes Hwayoung and Hyoyoung were not voted for by a single person this year (although Hwayoung did receive a measly 5 points in 2016).

Unlike many others in this list, the members of Twice didn’t mess around and waste any time over the last twelve months, and the results of their hard work paid off with Tzuyu rocketing into the top ten.  By the way, Tzuyu recently turned 18, I thought the nutter who wrote “NO MINORS” for the answer to every single survey question might like to know this. 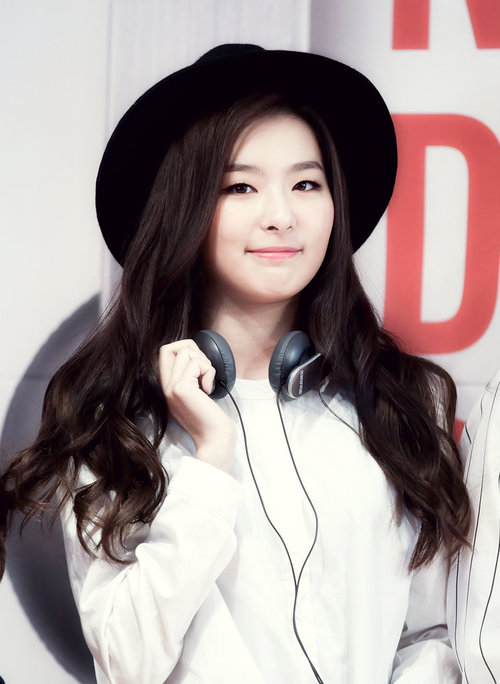 Red Velvet were another group that actually did stuff in 2017, and Seulgi was the beneficiary as far as the Kpopalypse readers survey was concerned.  Wait, that IS Seulgi, right?

A consistent all-rounder in the reader polls who scored well in every category, Hyomin was overtaken by groupmate Jiyeon but still maintained a top ten position overall. 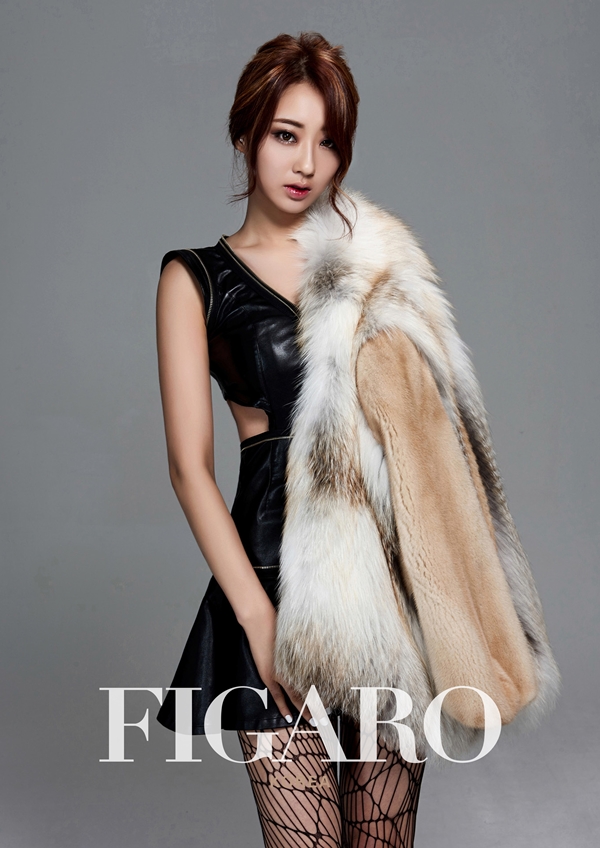 Punching well above her weight in the popularity-to-voting ratio, Kyungri also managed to sneak back into the top ten this year.  I don’t know what animal died to make that coat, but whatever it was, if it died in that position it died happy.

While no longer the most popular Twice member for readers overall, Momo still made a strong showing in the survey this year.

Although she resembles the Hani of a few years ago only in name, the new upgraded Hani still proved that she had the capability to make an impression on Kpopalypse readers. 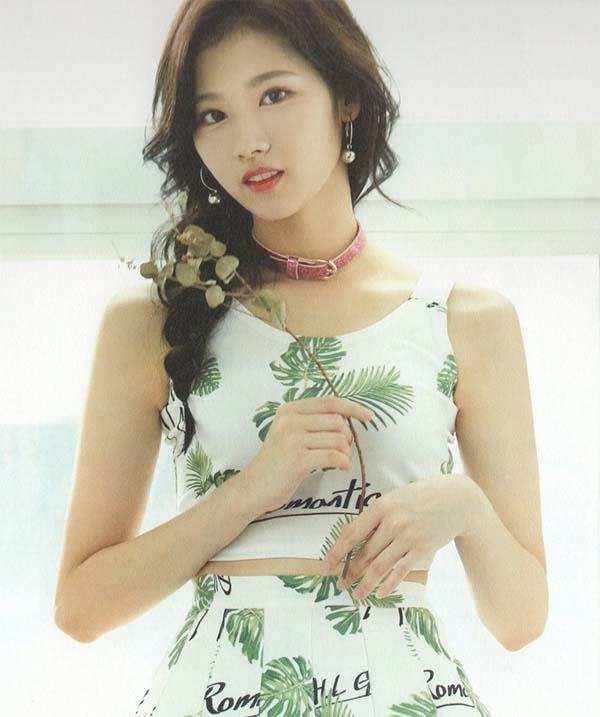 With a record three members in the overall most attractive results, Twice’s status as the group ready to finally eclipse Girls’ Generation (who didn’t even make a showing in the top 20 this year) is confirmed, despite the fact that I still can’t tell Sana apart from half the other members.

MOST ATTRACTIVE MEN IN K-POP

You know all that stuff your parents told you about how drugs are bad for you and will ruin your future?  Well, that’s all bullshit as T.O.P proved this year by coming in again at first position in the most attractive men results.  A little bit of weed clearly isn’t going to do you any harm, kids – just don’t get caught. 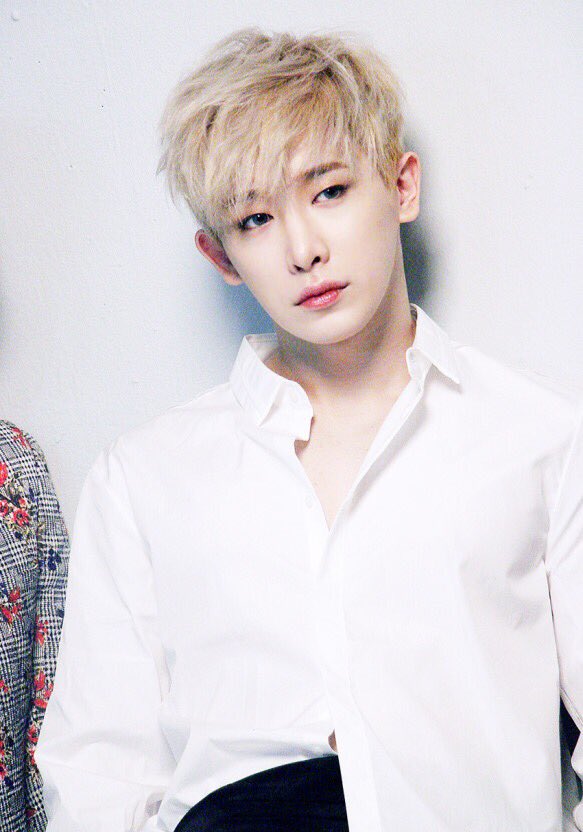 Kpopalypse readers were serious about voting for Wonho in 2017, with the Monsta X member polling respectably in all categories.  I don’t really understand the reasoning behind it, but as long as my readers are happy and fapping comfortably, all is well. 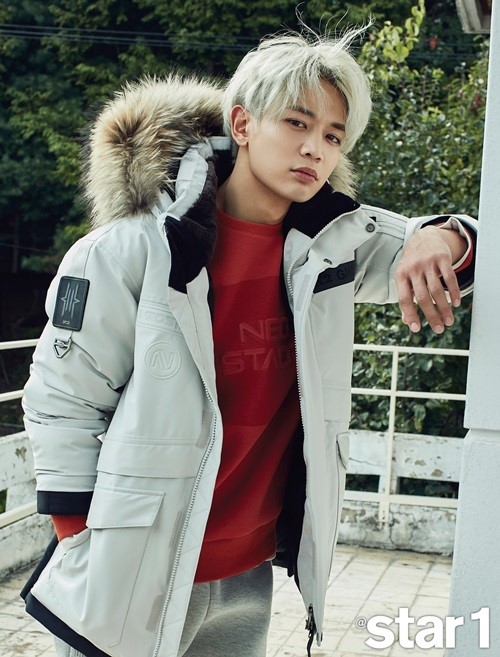 Although an older group, SHINee remained an enduring popular choice among Kpopalypse readers and Minho again placed highly in the polls.

As the star of BTS rises into the stratosphere, Jungkook oddly took a slight dip in popularity from Kpopalypse readers.  Could it be backlash against his newfound success, or perhaps there’s just too much hot competition?  Who knows, but at least Jungkook is prepared above with water bottles to quench the thirst of survey voters. 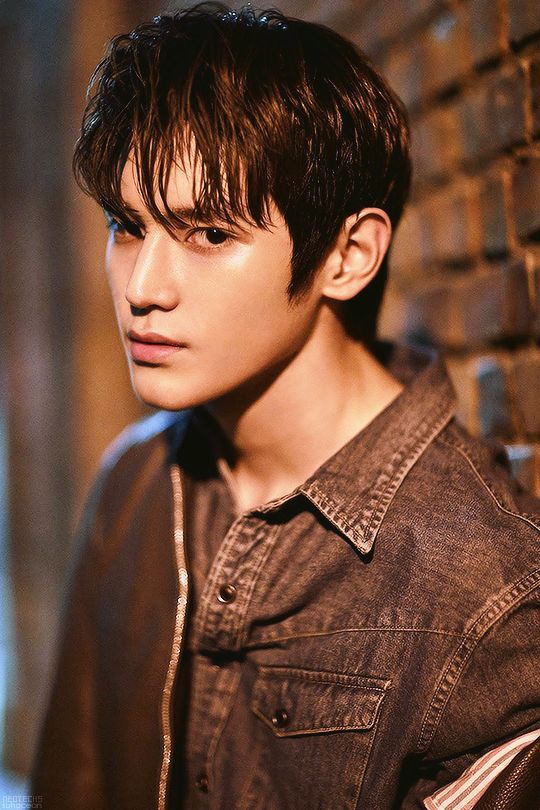 The breakout performer in this category for 2017 was Taeyong, who blasted straight into the top ten this year.  In 2016, Taeyong only managed a dismal four points, meaning that back then he wasn’t even in the top two hundred!  Whatever changed between now and then I don’t know, but clearly he is in danger of becoming the biggest fap on the stage.

Infinite haven’t been as active this year as previously, but L managed to work his way into the top ten anyway, beating out plenty of stiff competition despite the fact that Infinite have been doing very little of late.

Another BTS member who suffered in the overall attractiveness category, Jimin is still the king of k-pop ass but failed to dominate the main rankings as much as usual.

Note to SM Entertainment: fee to remove this entry from the list is $400 in Patreon donations per month for the next 13 years.  Note that I’ve made this about the same salary and time period as an SM Entertainment idol contract, this is for your bookkeeping convenience.  Just think of Kpopalypse as another trainee.

EXO were a group that took a big popularity dive in the polls this year overall, however Kai was the exception to the rule and actually managed to increase his placing. 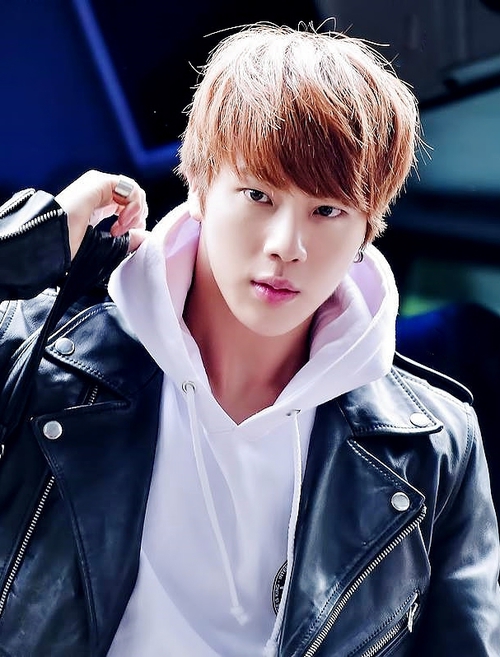 Jin also performed impressively this year, attaining a top ten placing for the first time in any Kpopalypse category.

Wherever Wonho is in a Kpopalypse poll, it seems groupmate Shownu is never too far away.  It seems that you loved his perfect imperfections.

When I was growing up V was some TV show about green lizard space aliens or whatever the fuck.  Now V is some guy in a k-pop boy group who half of my readers beat their lizard over.  The more things change, the more they stay the same. 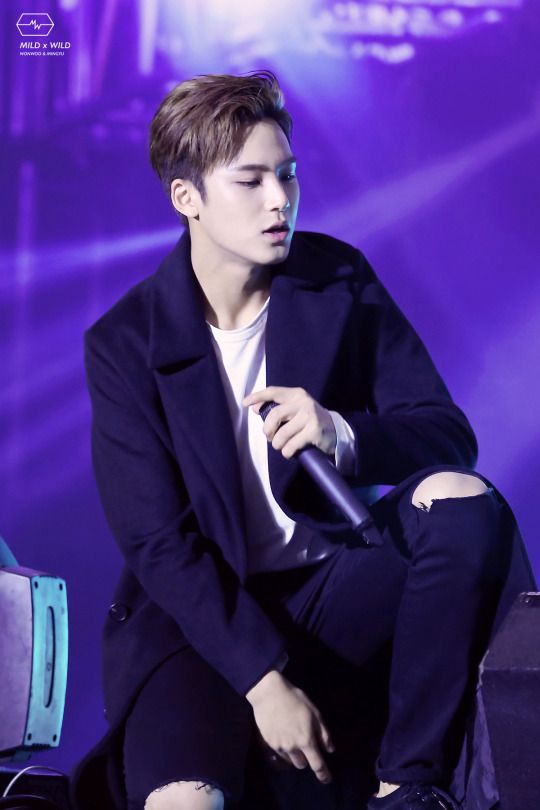 Seventeen are a group whose fortunes have been increasing rapidly – Mingyu didn’t even hit double-digit points last year but here he is, scraping into the top 13, and finishing off this list.

That’s all for this post – hopefully you’ve enjoyed this four part excursion into k-pop objectification!  Kpopalypse will return with more posts soon!