It’s time for another episode of Kpopalypse Plagiarism Fun Times!  In this episode, Kpopalypse is going to look at all the plagiarism controversies surrounding Twice! 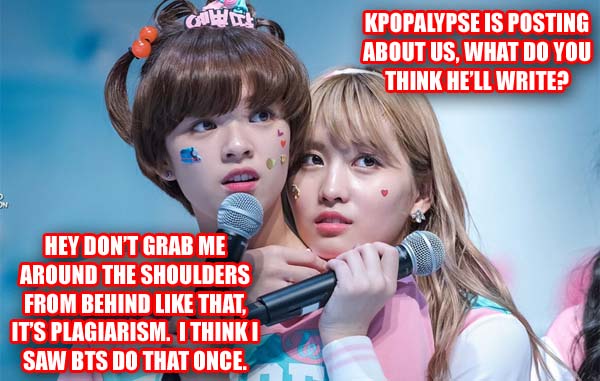 Before we begin it’s probably important for you to get a picture of my current preferences with Twice.

What do I think the songs?  “Knock Knock” is really good.  “Signal” is also good (once it gets past the first minute of suckitude).  “TT” wasn’t too bad.  The rest of their feature tracks are pure bullshit, but it’s still easy to see why Twice have been ludicrously successful and have swiped the “nation’s girl group” throne from Girls’ Generation in a way that SM had planned to do with Red Velvet but couldn’t manage.  JYP has been serving consistently upbeat hook songs as feature tracks for Twice, whereas Red Velvet has this twin concept “let’s release boring slow R&B vocal wank bullshit in between all our dance-pop tracks” strategy for some unknown reason that kills the group’s momentum every time they get going.  JYP learned the lesson that it was “Gee” and “Oh!” that made Girls’ Generation go globally nuclear and has tailored his tracks for Twice to suit, whereas SM are being punished for their insistence on clogging up Red Velvet’s otherwise-good track records with shit ballads and painful R&B trash.

What do I think of the girls?  I’ve been trying to tell them apart and determine some preferences for a while now, as readers have constantly been asking me to do this.  Here’s where I’m at so far:

So yeah, that’s some progress, I guess, although probably not enough to satisfy the fandom crazies.  I should probably try to get better at telling these sluts apart or confirmed social justice warrior Shannon Williams is going to stop reading my blog, and that would make me sad. 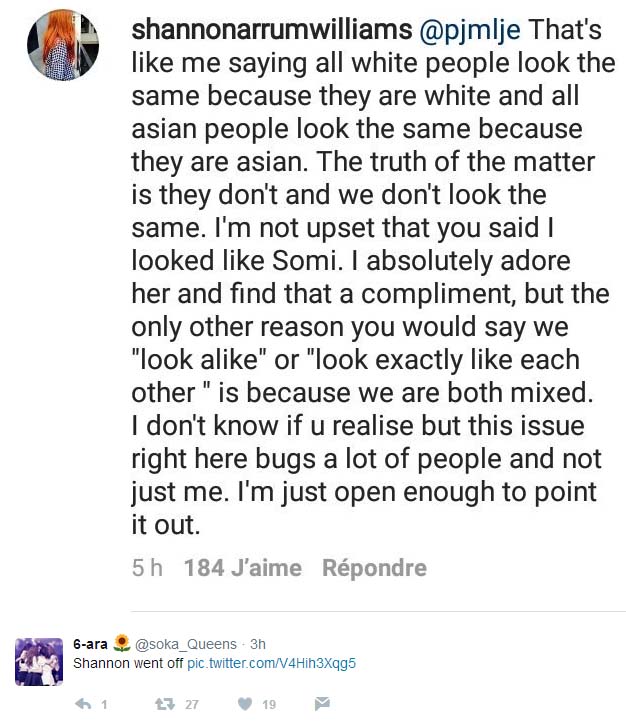 Anyway now that you have a full picture of exactly how much bias you can expect in this article, let’s move onto the plagiarism accusations.

This accusation caught the eye of bastion of journalistic integrity Asian Junkie, so you know that people are taking it seriously.  Clearly the Twice song is inspired by the Hailee song to a great extent.  The main similarity is in the guitar riffs at the start, which would be plagiarism if it was sampled without permission, but it’s not a sample.

For a start, you can’t copyright a dance move.  If you could, it wouldn’t be legally possible for two people to do the same dance.  The entire world of dance would come to a crashing halt, forever.

However, even if you could copyright dance moves (and you can’t, let’s make that clear), both Twice and Lovelyz owe a debt to the iconic dance scene in Quentin Tarantino’s “Pulp Fiction”:

…but of course, that dance isn’t originally from there either, and is loosely based on 1950s dances such as “The Swim”:

Conclusion: not plagiarism (you fucking dumbass).

Twice plagiarism accusation #3: Twice and DIA have some similar choreography too

Something about heart signs?  Fuck, I dunno.  Anyway if we’re slapping copyright on heart signs, we could sue every single k-pop idol ever, just check my article index.

So apparently, because in the “Signal” music video all the Twice girls have superpowers, this is supposedly plagiarism of EXO’s debut concept where they also had superpowers. 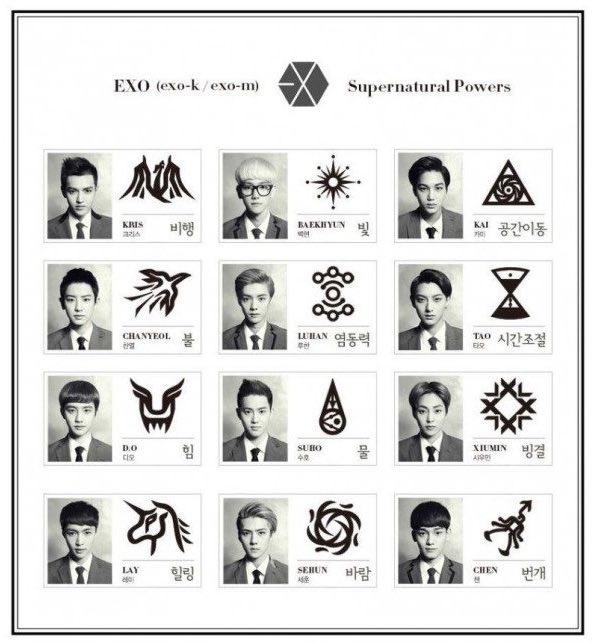 No shit I can’t even make up something this stupid.  However true k-pop historians will know that feminist icon Sohee from The Wonder Girls brought superpowers into k-pop long before any of these pretenders, as demonstrated in the “Tell Me” music video. 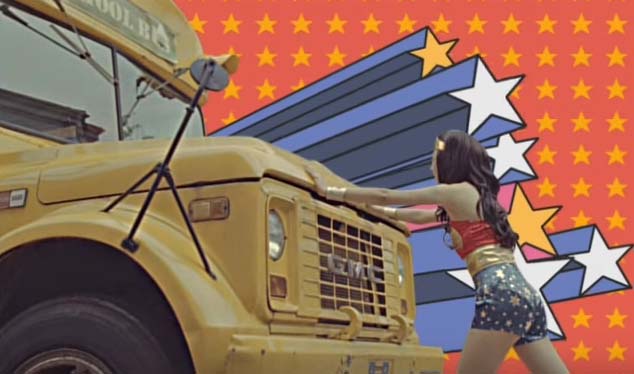 Conclusion: I hope next time Sohee doesn’t stop that bus and it hits a crowd of Internet morons.

Yes, this also happened, because k-pop fans really are this dumb.  Apparently if you do a cheerleader concept it’s plagiarism now.  Does this mean that real cheerleaders also can’t do their crappy cheerleader routines anymore because it’s plagiarising Girls’ Generation?  Clearly this accusation was a desperate power-grab by Girls’ Generation’s kooky fandom to prevent Twice from ascending to their current success and fame levels.

Conclusion: some k-pop fans are not very intelligent 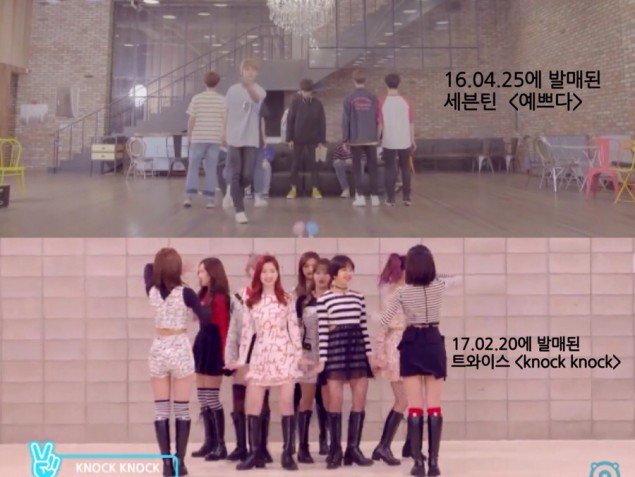 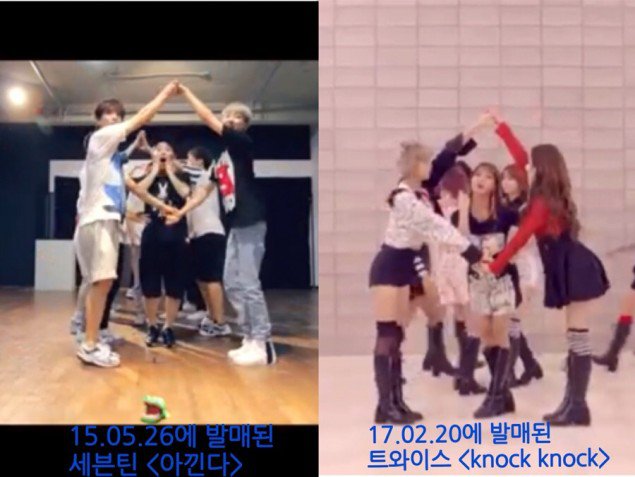 Actually I’m just pissed off here that they don’t jump through the gap like JYP did in “Itaewon Freedom“.  But then they can’t do that, because it would be plagiarising JYP, right? 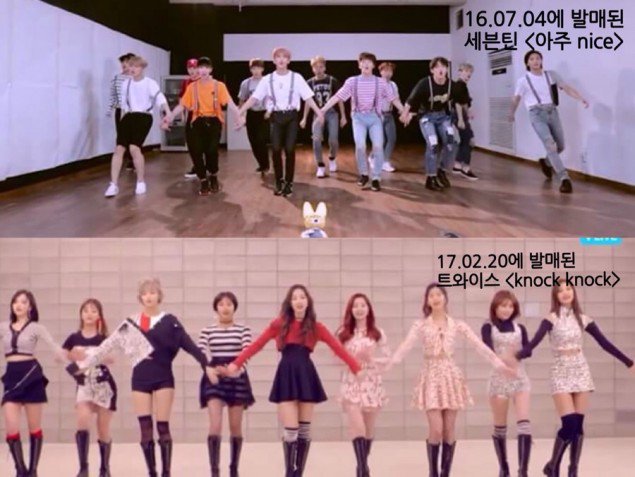 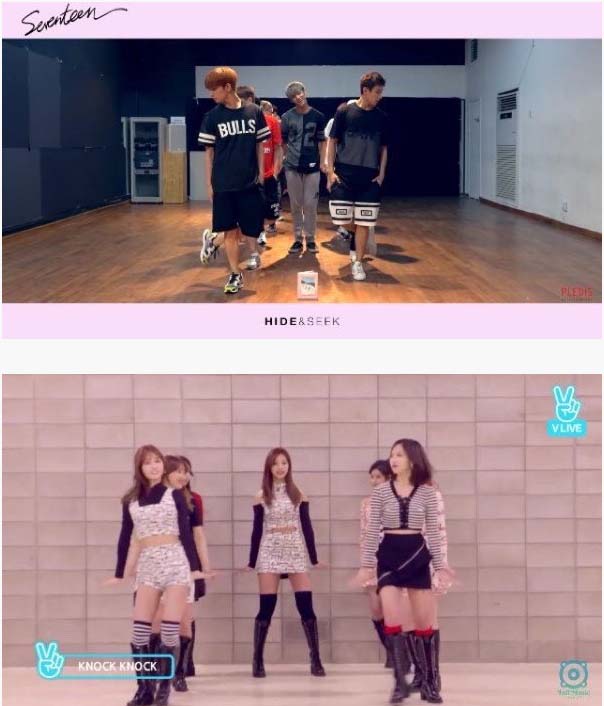 Conclusion: if you care about this, you should probably be killed.

So anyway, given that finding things about Twice that other people have done and then crying “plagiarism” to try and take the girls down a peg and desperately stop their huge success so your shitty bias can get a leg up instead is the trendy thing to do, I thought I’d have a crack at it, because Kpopalypse blog is all about following the latest trends in k-pop.

This accusation comes directly from Kpopalypse so you know that it’s the most trufaxual fax that ever was faxed.  Speaking of faxing and activities of a similar vintage, some nugu called Michael someone did something like this in the 80s, but that doesn’t count because nobody alive today remembers back that far, and he probably just traveled back in time from 2020 after seeing T-ara do it anyway.  Fucking nugus will do anything to get a hit.  Also 4Minute ripped off T-ara’s zombie thing too, what a bunch of whores.

Conclusion: Twice should tithe T-ara 10% of their earnings.  Plus T-ara are now owed the rights to all The Beatles’ songs.

Completely trufaxual Twice plagiarism accusation from Kpopalypse #2: Every fucking feature track by Twice ever is a copy of Shannon Williams’ “Why Why”

While JYP was busy shitting on Shannon Williams on TV for being too much of a vocalfaggot, he was also carefully taking notes from her on how to write a great pop hit.  Of course he fucked up the first few cracks at it because “Like Ooh-Aah” and “Cheer Up” are both absolute dogshit compared to  the far superior “Why Why”, but hey, practice makes perfect.

The harmonic, structural and texture similarities between all the early Twice feature tracks and “Why Why” are fairly obvious, and I won’t go through them, because then I might have to back up my plagiarism accusation with actual information that you can poke holes in to see that it’s not actual plagiarism but just a soundalike.  I’ll just repeat that it’s fairly obvious over and over again until you believe it.

Conclusion: it’s fairly obvious.  Also Shannon how about that interview, email me once you get out from under that shitty MBK contract and can legally talk, okay?  Let’s blow the roof off this motherfucker. 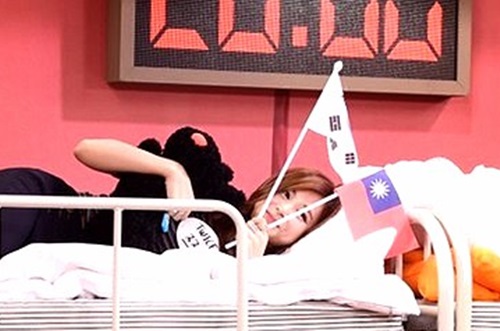 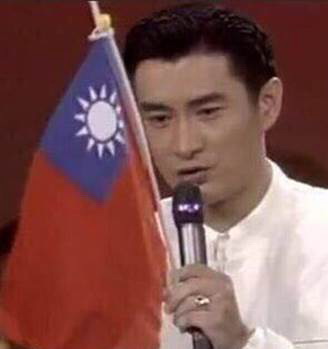 Old news now of course, but who could forget?  Just as well she released an apology video for this incident (ignore the “parody” tag which I’m sure is just there so sensitive China doesn’t get upset, this is actually the only accurate translation I’ve found). 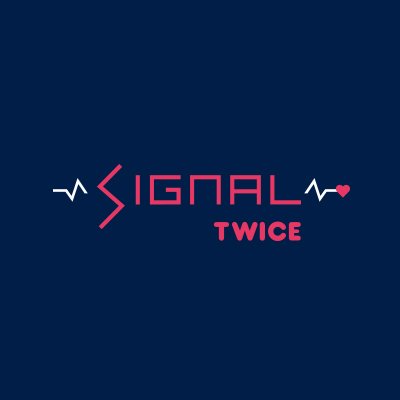 Look at that S with the angles, it’s exactly the same as the S on the collar below: 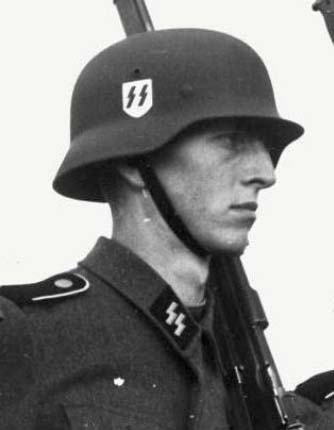 Not only is this plagiarism, it’s also cultural appropriation, because the Nazi S was a completely original design and wasn’t stolen from the runic alphabet or anything.  As someone who is half-German I demand that Twice be more politically correct and pay reparations to my people for stealing our logos.

Conclusion: Twice owes me money and so does Gene Simmons for that KISS logo, I expect ten new Patreon subscribers.  Well, okay… nine.  I don’t like my chances of getting money out of Gene Simmons.

Hopefully this post has answered all your questions about plagiarism and Twice!  Kpopalypse will return with more posts soon! 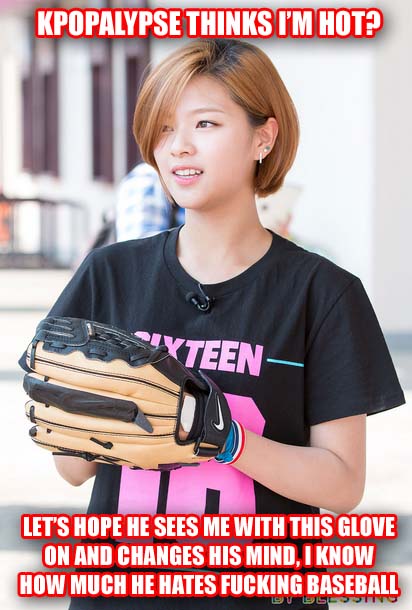