As Kpopalypse roundup has become more and more popular, people have been asking a lot of questions about it.  It’s usually the same questions all the time, so I’ve collected all the most common questions and answers into this one short post so I can lazily link people who ask these questions instead of typing out an answer every time!  Yay! 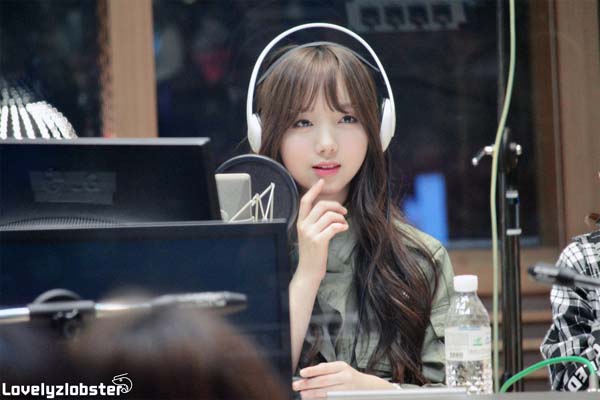 What is Kpopalypse roundup?

Kpopalypse roundup is a weekly series where I run through each of the new releases in k-pop each week, and what I think of them.  It used to be a companion piece to the Kpopalypse radio show, but I stopped doing this show in early 2020 and so now the roundup exists as its own entity.

Why does Kpopalypse roundup exist?

Near the end of 2015, I was looking for ways to include more content on the site without significantly increasing my overall writing workload.  Waiting a whole year for my yearly lists to appear to find out what I think of new songs certainly annoyed readers who wanted to know what I thought about certain songs sooner and would ask me all the time about each new song that came out.  Why they give a fuck is another matter entirely, but the fact remains that for whatever reason, they do.  However, every other fucking site ever does song reviews, and I didn’t want to lose the unique flavour of what makes Kpopalypse what it is, have new content replace existing postings, or for me to copy or double-up on content that you can get on other sites without making it uniquely Kpopalypse somehow.  So I decided to post the videos on this site and do ultra-short, ultra-thoughtless reviews of each one.

Your reviews of the songs are honestly kind of crap?  Why?

I deliberately make the reviews as thoughtless as possible.  This is mainly due to time constraints, but also it’s an acknowledgement of the fact that readers shouldn’t place any importance on my opinions of the songs anyway.  It takes me about ten seconds to write each one, up to a minute maximum if I’m writing something long-ish.  I hope that by seeing someone express their honest opinions bluntly and without sugar-coating anything at all, k-pop readers will also feel more confident about expressing their own opinions, even when they disagree with those of their own peers or fandom.  In this way, I feel that the roundup encourages individual opinion-forming over the poisonous groupthink that k-pop fandom culture promotes.  Unlike other websites I’m really not interested in trying to get others to agree with my opinion, and there’s no reason why anyone should – readers should make up their own minds how they feel about songs, and consume my opinions as entertainment/information only.

Are your write-ups really the way you feel about the songs, or are you just trying to be edgy?

Yes this is the way I feel about the songs at the time I heard them.  However feelings can change over time!  I may feel slightly differently about a song but the time the end-of-year lists roll around, but I don’t usually have a complete 180 degrees about-face of opinion.  The reviews are written with my lower-class Australian humour which means it’s blunt humour rather than edgy seriousness, people who read the posts as “edgy” are misreading the tone of the writing completely.  Bluntness is the opposite of sharp edges!

How come you don’t actually write whether you like or dislike certain songs?

One of these reasons:

I don’t understand why Kpopalypse roundup is so popular, then.  Is it really that popular?

Yes!  My web traffic now routinely spikes every Monday when the roundup appears.  I’m mystified by the popularity also.  People seem to like it for different reasons.  Some people read it for the reviews themselves and don’t even care about the songs, others read it just to catch up on what came out during the week in k-pop that was noteworthy, as an alternative to trawling through certain inferior sites that shall not be named here, and don’t even read the rubbish that I write.  Then there’s those readers in the middle who enjoy both the silly reviews and the recap of the week’s k-pop material.

There is no strict ranking, however songs that are considered more relevant and/or more likely to receive interest from readers (whether good or bad) will generally (but not always) be higher up the list.

A k-pop song came out that I really wanted to see you write about, but you didn’t cover it in the roundup at all!  Why?

One of these reasons:

What is the eligibility criteria for songs to be in Kpopalypse roundup?

These are similar to the end of year best/worst lists that I publish at the end of every December:

Can I submit songs for Kpopalypse roundup?

Yes, although frankly I already receive way too many submissions than I have time to cover, but if I missed your fave please let me know.  Please check first that it meets the eligibility criteria above!  Given the sheer volume of submissions per week there is no guarantee that I will include a specific song.

What is the purpose of the “bonus random videos of the week” at the bottom?

I sometimes pick a random video to place at the end of the roundup for reader entertainment and to make commentary.

Can I request a “random bonus video of the week”?

You can make suggestions but there’s a high chance I won’t use them.  These are always my own random picks!

Why are you such a rude cunt?

Because I’m an Australian, and we are cunts.  Hopefully you will find my rudeness entertaining, but if not then may I politely suggest that rather than offend yourself unnecessarily, you source your song reviews from any one of the thousands of other k-pop review sites out there that are less rude than this one?

Can I be a guest reviewer on Kpopalypse roundup?

I am not currently accepting offers, but I may approach you if I think you would be a good fit.

See The Kpopalypse Lexicon for the meaning of any unusual terms used by Kpopalypse.

Do you actually listen to all this fucking garbage?

Do you generally listen through the entire song when reviewing for roundup, or you do tend to listen to just the intro/skip around if it sounds boring/bad?

On the livestreams where I build the first draft of roundup, only enough to get the general idea unless it’s a specifically notable song or something amazingly good/bad.  When writing the roundup later, all of it.  In the rare circumstances that I didn’t get through all of it, I will usually make special mention of this fact in the review itself.

Do you hate k-pop?  It seems like you just hate everything sometimes.

I love k-pop, or I wouldn’t even bother with any of this.  However I also don’t have rose-coloured glasses about it – I am honest about how k-pop, like all popular culture, complies with Sturgeon’s Law.

Does writing the roundup take forever?

Yes, or at least certainly a lot longer than I wish it did.

Is writing the roundup really boring?

Yes, but it’s still less boring than having to give my opinions about new k-pop songs via DMs or question/answer sites over and over.

Do you sometimes take a break from roundup?

Where do you find your new music?

I subscribe to a lot of YouTube channels.  Also caonimas are often very helpful in letting me know about new debuting groups.  There is a reader who submits a weekly list and I build over 90% of the roundup from this list most weeks.

What is the “scan-dol of the week”?

An image of a group or person who achieved some media notoriety in some way, usually through some boring scandal nobody cares about, is used as the header image for each post.  In very rare circumstances, they may achieve notoriety through something actually interesting.  Although in some past years I used different criteria for the header, these days it’s always a “scan-dol”.

Why was [idol x] featured as a ‘scan-dol of the week’?  I wasn’t aware that they did anything?  What did they do?

Clicking their image will take you to an article which explains what they did (or didn’t do).

I came to roundup through the “Kpopalypse Hot Takes” Tiktok channel, is that your channel?

No it isn’t, it was created by a reader.  However I support what they are doing!

Why is there a picture of Kei from Lovelyz at the start and end of this post?

Yes, until such time as she quits k-pop, then it will change.

I have a question about Kpopalypse roundup but it’s not here.

Then you should ask it, if enough people ask it, it may be included! 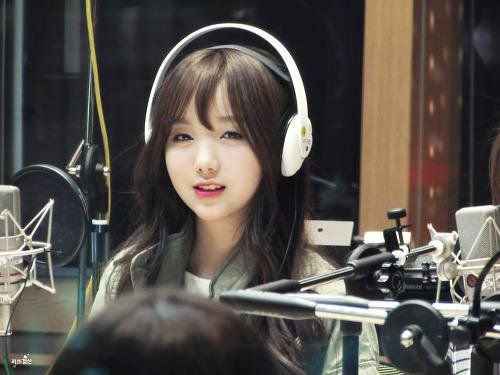