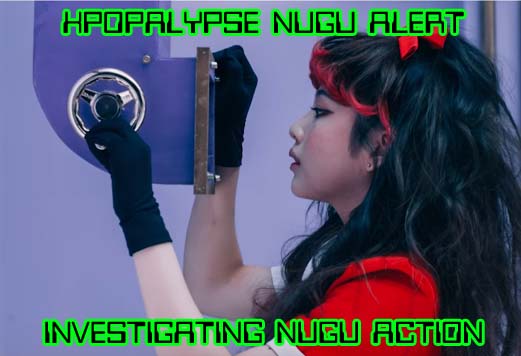 One of the details about the fanfiction “Any Armys Here?” that astute Kpopalypse readers noticed the most closely, was the weight limit specified in the SM Entertainment trainee scenes.  While this exact weight limit was fictional, I have no doubt that a similar ridiculously stringent weight limit exists in reality for many trainees across many of the different Korean pop agencies.  Shindong and Piggy Dolls are the token “inclusive” exceptions that prove the rule – generally speaking, k-pop agencies do not want girls or boys if they are anything outside of a very narrow weight range.

Obviously the strict control over weight that k-pop companies exert leads to physical and mental health issues for the idols, as well as arguably similar health issues for their young and impressionable audience, however I would be lying if I said that I was interested in this topic purely from the perspective of social concern.  I have to admit that my worries about the extreme dietary regimen of k-pop stars might sound social justice oriented but they are in fact rather selfish.  As someone with strong chubby-chasing tendencies, I’m often disappointed by the overall lack of girth that k-pop idols provide purely from the perspective of the denial of fap material, and to see my favourite most-lusted-after idols wasting away to please the whims of their companies that employ them rather than the whims of my most-fappable lists is a constant frustration.  As an unfashionable voice in the wilderness of k-pop fans, my cries for idols to fatten up will probably never be heard, but even if they were, even more pressure to “look a certain way” probably isn’t the answer to their problems, and rather than ease their anxiety, it would no doubt just add to the existing mountains of duress that these idols face in their daily lives.

However that doesn’t mean that I can’t appreciate such ample volume when it appears, and also alert my readers who may happen to feel the same way regarding the presence of chubbiness.  This episode of Kpopalypse Nugu Alert is therefore dedicated to those within the realm of k-pop who appear to be packing larger than average figures.  As such people in k-pop are exceptionally hard to find, hopefully you all appreciate the community service that this episode provides.

Let’s get it started.

50kg – Give You Everything

I don’t know who 50kg is and I’m not sure why he’s calling himself 50kg because I’m pretty sure he weighs more than that… or maybe he’s just really short so 50kg represents a realistic height/weight ratio for a chubby guy?  The cameraman is fairly careful in this video to not position him and her standing up and side-by-side for any great length of time without some perspective-skewing detail thrown into the mix, so maybe they’re hiding his short stature deliberately with clever editing and camera positioning.  Mind you all the flattering angles in the world won’t help him when he’s acting like such a doofus.  Of course she’s won over a little by him in the end and the implicit message of this video seems to be “act like the most annoying cunt in the world whenever you meet a girl that you like the look of, and eventually if you pester her enough eventually she’ll come around”.  It’s the sort of thing that feminists call “rape culture” but I think that a more appropriate and rational term would be “dickhead culture” – what we’re seeing in this video isn’t really objectively very rapey but certainly is very dickheaded.  Parents, do your part for society; don’t let your children grow up to be dickheads by letting them watch this trash.

Notable attribute – the female actress has a nose mole in exactly the same place as Qri, suggesting that she’s recording this creep with a microdot to send to the police later

Highsoul’s song is an upbeat piece of strings-driven dance pop in the After School Blue vein, and while it’s nowhere near that good, what is definitely good for Kpopalypse is Highsoul’s glorious figure in this music video.  Forget about Hwasa’s thighs folks, Highsoul is where it’s at for k-pop loving thigh-appreciators, or at least it was at the start of this year – like a lot of female k-pop stars, Highsoul’s weight seems to fluctuate a lot.  I was very happy when I found her in this video where she looks pleasingly chubby, only to depressingly find out that she then went and lost a lot of the weight pretty quickly over the next few months after it was shot.  Nevertheless, Highsoul’s company YouTube channel Honey Voice is definitely worth a peruse for chubby chasers looking for extreme cuteness, and some of the snippets of live performances are definitely worth keeping bookmarked for later use.  There you’ll also find more videos of rapper KissN who is a lot more traditionally k-pop skinny but also similarly unknown and probably worthy of Nugu Alert in her own right, but Kpopalyse is all about Highsoul so I can only hope that she fattens up again for her next comeback.

“But Kpopalypse”, I hear you thinking to yourself with my special super Boram ESP powers, “these people aren’t really that fat at all, and if anything aren’t even much on the heavier side of average – I came here for fatness, damn you!  Give me the extreme girth you promised!”.   Never fear, Kpopalypse has got your needs for extra man-meat covered with Super Baby, a nugu so nugu that the official YouTube channel for this video appears to have been lost in time, or at least I couldn’t find it anywhere.  Live performances of Super Baby seem to all be from around 2011, and I guess it would have been pretty easy to fly under the radar during such a quality year for k-pop even for someone whose width might register as a larger-than-average blip.  The other physical attribute that Super Baby doesn’t lack besides the ability to displace water if submerged, is extreme height.  In “Misook” he towers over everyone easily, making me indeed feel sorry for whoever had the unenviable task of squeezing this creature out of their womb.  The song’s pretty bad but not as bad as Super Baby’s JAV-star teeth, or the occasional jokes about cross-dressing which it seems like he doesn’t approve of, which is interesting because it’s an opinion noticeably out-of-step with the rest of k-pop which is generally extremely tolerant of guys in drag.  The weirdest thing of all for this nugu however is that all of Super Baby’s clothes are the same brand… is he just a really unimaginative shopper or could he have actually picked up an endorsement deal back in the day?  Maybe they’re just the only company in Korea that makes clothes in his size.

Notable attribute – just as well he mostly keeps his sunglasses on in this music video, or people might be able to recognise him. 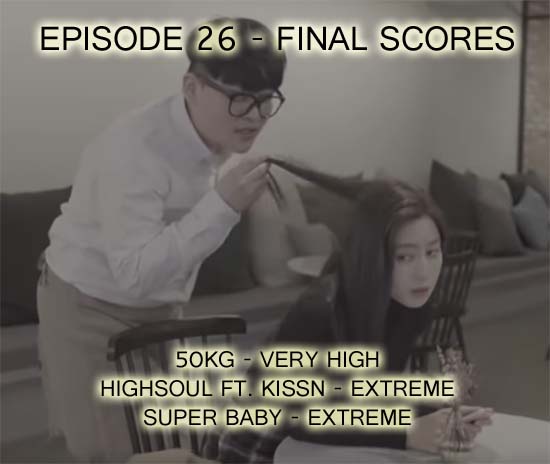 That’s all for Kpopalypse Nugu Alert for this episode!  Kpopalypse will return in the near future with more nugus for you to enjoy!