It’s time once again for Kpopalypse roundup!  Let’s check out some new releases! 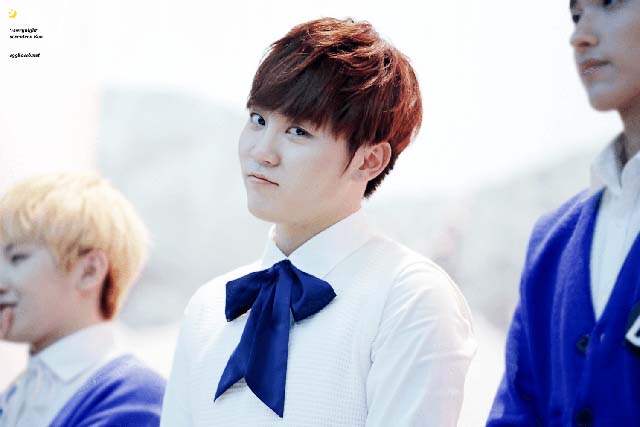 Scan-dol of the week – Seungkwan (Seventeen)

I don’t really like the “wee-oo-eee-ooo” bit and the verses have too many disparate bits and pieces but that chorus is nearly good enough to redeem the rest of it completely.  Nearly.

This new Mamamoo song is pretty much like all their others.  Come on girls, do something different for a change.

Watching CNBlue pretend to be an actual band never fails to amuse but they really take it to the next level when they mime to something so electronically generated.  Just look at that drummer trying valiantly to keep up with whoever programmed those ultra-busy electronic drum fills.

I don’t know why the cool backings used in the first verse are never used again throughout the entire song, what’s up with that.

IU – Through The Night

Fuck the song, the clothes on IU are the real star of this show.  Every inch of fabric here on everything she’s wearing is specifically designed to maximise fap potential.  No wonder it blazed up to #1 on the Korean charts, I’d stream it non-stop too if it meant I got to see her in those outfits from more angles.

This is kind of fun in a “it’s inept enough to be amusing” kind of way.

At first I thought “where’s the chorus?” and then I realised that stupid “coo-coo-kke-kke” fucking shit or whatever the fuck IS the chorus.

Holy shit she’s got so much fucking product in her hair that when they drag the bitch across the floor nothing even fucking moves.

What would have been an average song in non-nugu hands benefits hugely from the crappy minimalist arrangement that only a low-budget production can provide.  If SM tried to do this they couldn’t, someone would barge into the studio mid-song begging them to spend more money on 26 extra layers of synthesisers and harmony vocals.

Apink are back and looking better than ever, and with a reasonable enough song too, which is unfortunately Japanese as that means I can’t find it anywhere.  It’s going to be tough for anyone to beat the Hayoung boob bounce at 0:35 for fapability this year, let’s hope this video stays up until at least then before the Japanese YouTube thought police extract it.

It’s good that there are k-pop parodies because if there’s something that needs parodying it’s certainly k-pop, but I can’t help feel that this video dwells on an observation with about ten seconds of laugh value in it for about ten minutes.

They shouldn’t do the stupid fucking around with colours, people might think this is an “It G Ma” clone when it’s actually not anywhere near that bad.

Oh look it’s some dull R&B shit.  Haven’t seen that lately, like 100 times this month or anything.

And here’s more.  I guess the title refers to the amount of time you might waste listening to this track – four minutes of hearing the song and then one minute crouched over the toilet bowl voiding your lunch.

What was that – you haven’t had enough terrible R&B trash for one week?  Here’s some more garbage.

Actually compared to all the dreadful R&B this week, this idiot from Fly To The Sky with his crap ballad actually doesn’t sound too bad.

This belongs on children’s TV hour as an opening theme and nowhere else.

I should know better than to click on anything by this dude.

I really wanted one of the stages to be K-Tigers kicking the crap out of them all for daring to revisit Bros’ conceptual territory.

More like “MBK mid-paced ballad attack” but I’m cool with it.

The latest trend with tropical shithouse is to lowball the played-out textures so they don’t dominate the song instead of letting loose with repeated 2-bar melodies.  Unfortunately this means more shit R&B vocals instead.  Also why is Jessi in this but not her boobs, that’s like forgetting to put cheese on a hamburger.

Hwang In Sun – Hwang Ya

This is pretty cool, people this old are old enough to remember when everything wasn’t always yolo-yolo-swag-swag and was sometimes beep-boop-bzzt.

A boring song but at least it has a great video.

Seo In Guk – Better Together

A boring song but at least it has a… actually no, this one’s just boring all over.

I think this is a song about how they’re grateful that a technicality in Korea’s rape laws spared them all prison sentences a few years back.

From the liner notes: “Love is pretending to like the things you hate, and pretending to hate the things you like. That’s where “Peach Tea” comes in.  She doesn’t drink peach tea but you can still compose a love song about it.”  Actually no, that’s fucked.  If you really love someone and they really love you back you shouldn’t have to pretend jack shit.  Anyway I hope Kasper makes peach tea better than she gives interviews.

That’s all for this week – more new songs next week!