Several readers have requested album reviews from Kpopalypse.  However, I really dislike reviewing songs on albums because I basically couldn’t be fucked.  Betsy to the rescue!

Betsy is a sometimes-writer for Asian Junkie much like myself, and has contributed to Kpopalypse roundup in the past.  Betsy has far more determination to review full albums than Kpopalypse, hence she has kindly donated her review of NCT 127’s “Limitless” mini album to this website, which is below.  Even though I had no plans to review this (or any other) k-pop album, as readers will be no doubt curious as to my own opinions and will ask me what I think of these songs dozens of times I have also added my own observations to the end of hers, just to flesh out this article and prevent endless questioning.  However before we get started with any of that, let’s begin with a short story of why this article is here.  Introducing…

THE TRUE STORY OF BETSY, THE CONFLICTED KPOP WRITER 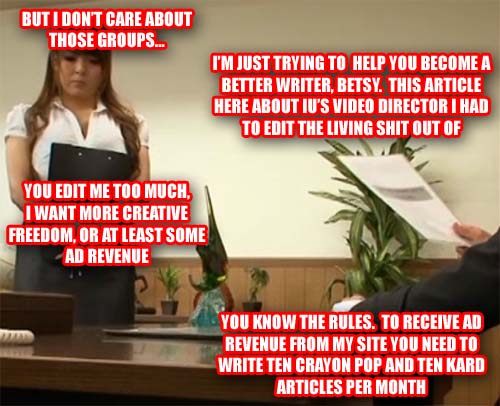 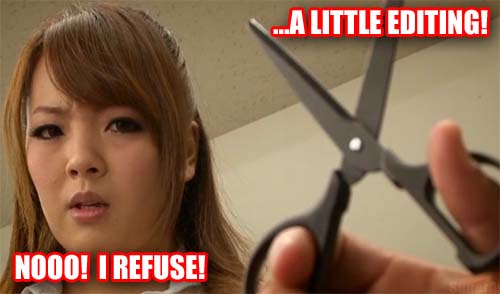 BETSY: I think everyone has their own opinion on “Limitless” (the title track), it’s very much the marmite of songs. For me, I didn’t like it as much as I love “Firetruck”, as expected. It’s a song you have to see the performance with, especially with how complex the choreography is.

BETSY: “Good Thing” was a real icebreaker for me, showing elements of EXO and SHINee in one song, and executing it well.  I liked the heavy garage bass/sax throughout the song, and a pleasant breakdown which is reminiscent of something Craig David or Daniel Bedingfield would do in the early 2000’s, but of course with a K-pop twist.

KPOPALYPSE: First I thought “oh no it’s a sax riff song”.  Then I was like “hang on, is it transforming into a tropical house song?” but no, they just pitched the yolo synth up a bit so it sounds a bit more twee like that tropical “toot toot” fucking shit.

BETSY: “BACK 2 U” is for sure a fan favourite, or for anyone who is stubborn about NCT as a concept, they would like this.  For fans it focuses on the vocalists – I feel it it’s purposefully built for live performances, where Doyoung & Taeil can battle it out with ad libs. For others it merely showcases how well structured the harmonising is within the group, with Jaehyun, Doyoung, Taeil, and especially the youngest Haechan. The instrumental itself isn’t that amazing, very simple R&B – something very similar to what you would hear in a Backstreet Boys song.

KPOPALYPSE: This is typical mid-paced R&B album filler that you can find anywhere on any boy group album and a classic example of why I don’t review albums generally – I have to waste precious minutes of my life listening to song after song like this.

BETSY: “Heartbreaker” is somewhat of an underrated song. It’s more of an EXO B-side, which is fine because we haven’t seen the full potential of what NCT can do yet. It’s just sandwiched between two songs which are meant to showcase two different talents of the group.

BETSY: “Baby Don’t Like It” is the naughty song of the album, and it’s built for the rap-line/the two leaders, Mark & Taeyong. I don’t have much to say about this structure-wise, I’m all for adding random noises like bed squeaks (also see Nu’est’s “Overcome“). The real highlight for me is Haechan throughout the song, either when he’s harmonising with Mark, or when he sounds like a synth. When Doyoung & Taeil sing the chorus, Haechan’s harmonising is edited in for it to sound almost misplaced, but it works.  When a producer does this in any song, I love it.

KPOPALYPSE: Seeing as how vocalfags can make up their own language, so can I.  New adjective – JayParkian.  Worthy of the lexicon, or is it completely obvious what I mean by this?

BETSY: “Angel” is a mixture of fluff, EXO B-side, and a crowd pleaser – it does all three well, but it’s probably my least favourite along with “Limitless”. When you have this playing in the background, you don’t really realise it started or ended.

KPOPALYPSE: I’m not into this either but at least the more stripped back sound on this was a nice break from the yolo yolos on the other filler tracks.  I like the video idea, getting the group to hold their own video cameras is one way to save on camera crew.  I wonder how often other videos do this and we don’t even know that they’re holding the steadycam rod just out of frame.

BETSY – Overall thoughts: LET HAECHAN SING MORE!! STAN TALENT, BE PRO-HAECHAN.  But seriously, I think this is a good continuation from the Firetruck mini-album. It has a very similar vibe and pattern, certainly on how the song order is. I feel that’s something K-Pop companies forget to do, to place songs properly within an album. It’s actually the main reason why I don’t review albums often, or buy albums. Like, you’ve listened to a song 5x or more, when you get the track list in front of you, you want to visualise each song. Unfortunately when you’re sausage’d between 2 of the more confident songs, like “Heartbreaker”, it’s gonna be forgettable. But that’s just one song, imagine being a JYPe album.

KPOPALYPSE – Overall thoughts: the other week I was driving home from a show in the country.  The venue annoyingly wouldn’t put us up for the night for free, so it was either pay a significant portion of my earnings that night for a hotel room, or drive home through country roads at 2am.  I was prepared though, I had King Diamond, Necro and GG Allin albums in the stereo to keep me awake on the night drive, so I was able to get home safely.  I’m pretty sure that if I had this NCT album in there instead I would have dozed off behind the wheel and wrapped myself around a fucking tree.

That’s all for this post!  Remember that you can contact Betsy on Twitter if you wish, why not do so and be Internet friends?  Kpopalypse will return with more posts soon!