It’s International Women’s Day today (or yesterday, whatever bitch) and what better way to celebrate it than by reviewing films containing the one true feminist icon of our times – The Wonder Girls’ Sohee! 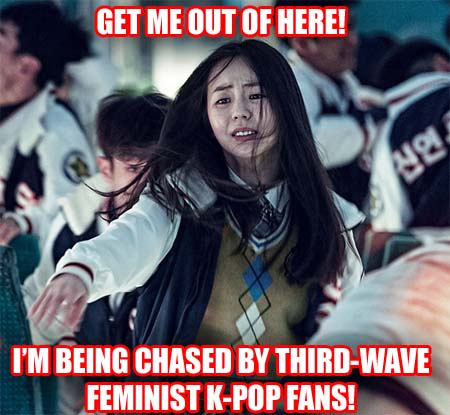 Before we get started, I am fully aware that a few cynical readers may doubt the ironclad feminist pedigree of Sohee, the incredibly intelligent, attractive and talented female who was once a member of The Wonder Girls.  Of course such doubts are completely unfounded in reality.  Let’s take a look at Sohee’s impressive resume in championing women’s rights and standing up for females everywhere, so you doubters can see how objectively wrong you are:

Tell Me – Sohee as Wonder Woman, stopping patriarchal buses (men invented the bus, you know) and beating up male flashers

Irony – Sohee does some weird thing with a satellite or some bullshit, gosh who says women can’t get into space shit, live your dreams girls

So Hot – Sohee stands on a red carpet getting photographed which means she is important, or something

Like Money – Sohee as Shodan, the cybernetic torturer of eardrums and ruiner of decent hairstyles, computer robot shit is for girls too, take that you Gamergate virgins

Now that Sohee’s rightful place in the canon of 21st century feminist thinkers is unassailable, let’s start with the film reviews! 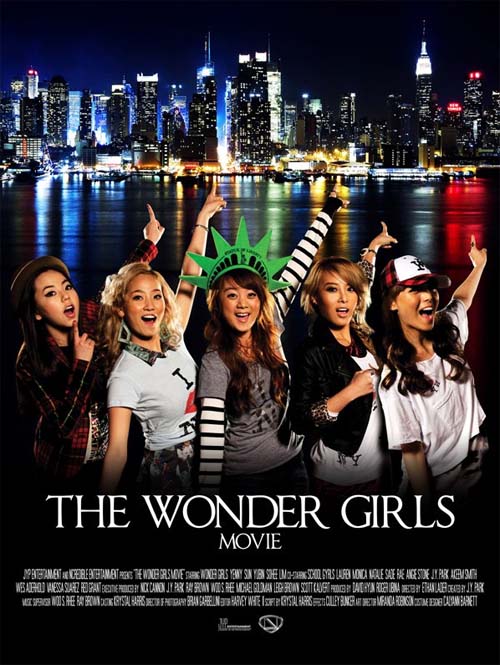 PLOT SYNOPSIS:  Rather than going for an actual tour documentary, The Wonder Girls Movie is pure fiction, starting off with the girls flying to America for their first American tour, with JYP in tow, naturally.  JYP reminds them that “The Wonder Girls always stick together” and the girls paradoxically spend the rest of the film trying to get away from him so they can compete in some crappy amateur dance competition, despite the fact that as a professional group they’re technically ineligible anyway.  To get around this ineligibility they rename themselves “The Asian Invasion” which isn’t even slightly racist or anything so what are you talking about.  The other group in the competition is The School Gyrls, who are that crappy girl group who featured in The Wonder Girls’ “The DJ Is Mine” video that I’m sure you forgot about until I reminded you just now.  It’s hardly a tour document – no actual tour or concert footage from The Wonder Girls’ actual tour is actually in the movie, and for all I know they never even did an American tour and it was just a figment of JYP’s fertile imagination.  The closest you’ll get to see anything that looks like touring is in one or two scenes you get to see a pink tour bus with The Wonder Girls’ logos on it, which isn’t cheesy at all.  Anyway the film moves along fairly quickly because it’s quite short, and you already know how it ends.

IS IT ACTUALLY ANY GOOD:  No, it’s about as bad as you think it is.  The girls themselves aren’t too intolerable to watch and JYP is actually vaguely amusing, but he’s in it for all of about two minutes.  The rest of the supporting cast are incredibly tragic and hammy, however given the material they’re working with they probably don’t have a lot of choice.  The worst scenes are the ones where The Wonder Girls have incredibly cringey dialogue with an older black R&B singer about how amazing it is to perform at The Apollo Theater in New York.  The girls can’t wait to then go and check out The Apollo just to look at the pictures in the foyer and fantasise about being stars in the USA, as opposed to the reason why normal people go to the theater which would be to actually see a specific performer.

SOHEE CONTENT:  Fairly low, unfortunately.  The focus of the film is really on Yenny, who drives the plot and has all the lame “rebellious leader” conflicts with the other group, and within her own group, which are all boringly resolved in the usual teen-film manner.  Yenny was probably chosen as the lead because out of all of the girls she’s got the most American-sounding voice with not much of a hint of Asian accent, so JYP probably thought that she would go down better with an American viewing audience (we don’t want our “Asian Invasion” to be too Asian or it might not be marketable).  This thinking may or may not be solid, but Yenny is not Sohee, so Kpopalypse gives no fucks.  Sohee just sort of stays in the background and talks about wanting to shop in New York a lot, which is a very important feminist concern that I feel the film could have done a lot more with.

THE 1ST WONDER – THE WONDER GIRLS LIVE IN BANGKOK 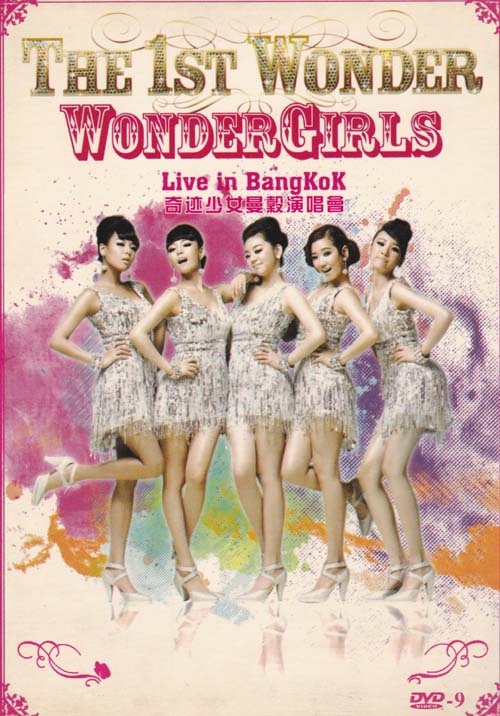 SYNOPSIS:  A concert film of The Wonder Girls’ first live concert ever, which was held in Bangkok, Thailand.  The proceedings begin with JYP (naturally) introducing the show and saying that he chose to do the first concert in Bangkok because reasons.  After some backing dancers appear and jig around a bit, The Wonder Girls grace the stage at about the eight minute mark and proceed to play all of their early hits including “Tell Me”, “So Hot”, about five versions of “Nobody” but only one of which is any good, a crappy cover of “Killing Me Softly” where nobody applauds, some other bullshit ballads, some unconvincing piano miming, and 2PM make a guest appearance right in the middle of the show and do about three songs just because nobody asked.  Then Wonder Girls sing “Nobody” for the sixth time and that’s it.

IS IT ACTUALLY ANY GOOD:  Well, I’m not entirely certain if I enjoyed watching this video but it’s certainly “interesting”.  Amazingly, no post-processing of the audio has happened here whatsoever, JYP obviously hadn’t gotten the memo at that time that most western concert videos sound so good only because the actual audio on them is overdubbed later in the safety of the recording studio.  So it’s a very “raw” live document of what The Wonder Girls actually sounded like live, with proper feeds from the live mixing desks at their original levels, and I’ll have to be honest and say that as a result, the group do sound pretty shit.  In many places it’s almost impossible to hear the girls sing, and nasty squealing microphone feedback appears sporadically throughout the show because the engineers obviously don’t know what they’re doing, but fortunately a lot of it is mimed in that k-pop way anyway where they sing softly over their own voice so it doesn’t matter all that much.  The staging isn’t spectacular but there are lots of thoughtful outfit and cosmetic changes, and it’s generally a visually appealing watch despite the fact that The Wonder Girls are a hell of a lot less physically co-ordinated during a 2-hour live show than they are in a 3-minute music video.

SOHEE CONTENT:  As 20% of the group, Sohee gets roughly equal screen time to the others and although the outfit choices for her in this video are never quite right, she’ll always upstage everyone in the world doing that “Nobody” hand-wave move.  Seekers of k-pop cringe may also wish to note that this live concert video is where Sohee’s iconic performance of Beyonce’s “Single Ladies” comes from.  Sohee’s limp, non-committal ass-shaking, completely mimed performance and general overall inappropriateness for the song on every level is a beautiful slap in the face to that overrated cunthole Beyonce and her disgusting trash music legacy and thus should be celebrated worldwide by all true music fans for all time. 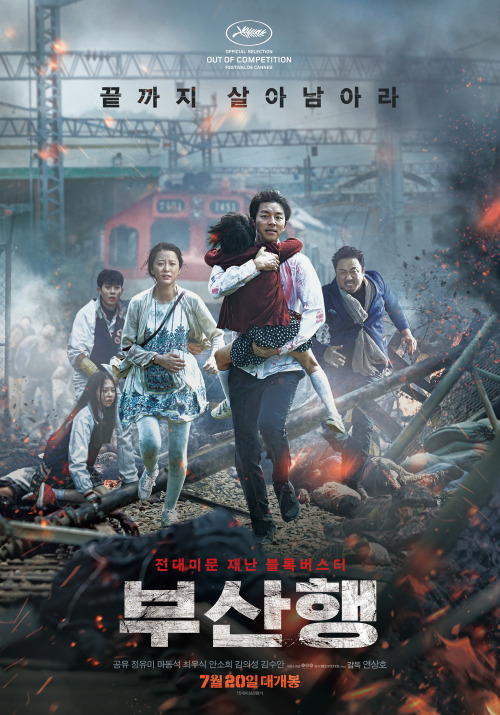 PLOT SYNOPSIS:  A father and his daughter get on a train from Seoul to Busan to visit their mother.  Zombies appear and shit hits the motherfucking fan.  That’s all you need to know.

IS IT ACTUALLY ANY GOOD:  Fuck yeah.  Quite high budget and well-produced, with lots of tasty gore and bone-crunching fun.  My partner who is a big horror movie fan liked it as well, she wasn’t keen on the fairly predictable ending and the fact that certain truly annoying characters didn’t die a gruesome and quick zombie death, but overall she enjoyed watching people die in various entertaining ways.  Fortunately, the film contains modern “fast zombies”, which are the GOOD zombies.  I don’t care what you traditionalists say, old-school “slow zombies” are fucking shit – nobody can possibly be afraid of a creature that can be easily circumvented simply by keeping up a slow jog.  The only reason why most zombie films have slow-as-shit boring unscary shambling sloth zombies in the first place is because it’s hard to reproduce insane zombie speed convincingly on the Z-tier budgets that most zombie film directors have to work with.  They try to play off the inclusion of slow zombies like it’s “artistic choice” and “tradition, man” but it’s really because horror film directors are lazier than Hwayoung in a bathtub and have less money than CLC.

SOHEE CONTENT:  Sohee isn’t the female lead, but a supporting cast member, some college girl who hangs out with some college boys and… well that’s about all we know.  Of course once the blood and brains start flying around it scarcely matters why she’s there.  Despite the whining of Korea’s internet trash and the dumb English-speaking community on Netizenbuzz who mimic every thought Netizenbuzz translates from Korean news portals Naver and Nate because they think it’s trendy and have no functioning minds of their own, Sohee doesn’t do a significantly better or worse job than anyone else in the film when it comes to acting convincingly shit-scared and screaming a lot.  Of course, being a zombie film, the acting bar isn’t set particularly high anyway, as great acting is hardly why people watch these films.  What most people really want to see is Sohee in a schoolgirl uniform looking terrified while being chased down by hundreds of drooling, ravenous zombies hungry for k-pop girl flesh and this film knowingly delivers on that promise, without being too obvious about it.  Yes it’s feminist because half of the zombies are female and they’re just as capable of ripping your head through your prolapsed anus as the male zombies are.  Equal rights, yo.

That’s all for these International Women’s Day film reviews featuring Sohee, thanks for reading and remember to pay your respects to the females in your life today!  Don’t worry, the other 364 days of the year there’s no more social pressure to acknowledge this day and you can presumably return to business as usual. 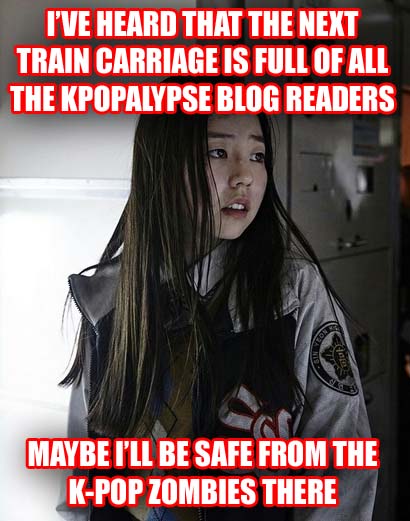