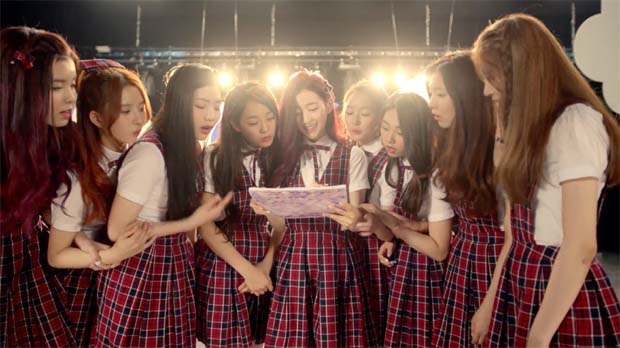 The flow of new k-pop is starting to slow down in preparation for the Christmas bullshit music season, so this was a very quiet week.  Just like last year, Roundup will probably cease for a few weeks in December, but don’t worry because you’ll have lots of other Kpopalypse posts to fill the gap!  Anyway here’s the new stuff:

An inferior version of the original with too much fluff, less abrasiveness and the inclusion of a weak blues-style I-I-IV-I progression.  Not ear-attacky enough.

Similar to but not as good as Sakura Dungeon.

Zico really is a faggot bitch for producing this one.

In the meantime Zico’s own song is really good when it’s not R&B-wanking.  Pity about the waste-of-time guests, Crush and Dean consistently bring nothing to k-pop and should be forgotten about as soon as possible.

Haeri is on a tight leash here and doesn’t warble all over the track, thank fuck.  It’s still not very good though.

This group sucked in the 90s and they still suck now, except now that k-pop overall has gotten better they don’t have an excuse to be this shit.

Luna & Jambinai – From The Place To Be Erased

Jambinai are a one-trick pony for sure, but it’s a great trick.  Luna on the other hand can do anything, I’m expecting her to partake in a duet with Obituary next week at this rate.

Extremely unspectacular but gosh the girl is pretty, that’s got to be worth something.  Or maybe not.

This is such a boring coffee-shop piece of shit that they even show you how to make a coffee in the video.  Talk about no shame.

Korea can even turn people kicking the shit out of each other into a boring ballad.

The chorus is just a bit too grating to compete with the really good trot songs.

Who could possibly find this interesting in any way.