It’s time for another Kpopalypse roundup – let’s check out this week’s new releases! 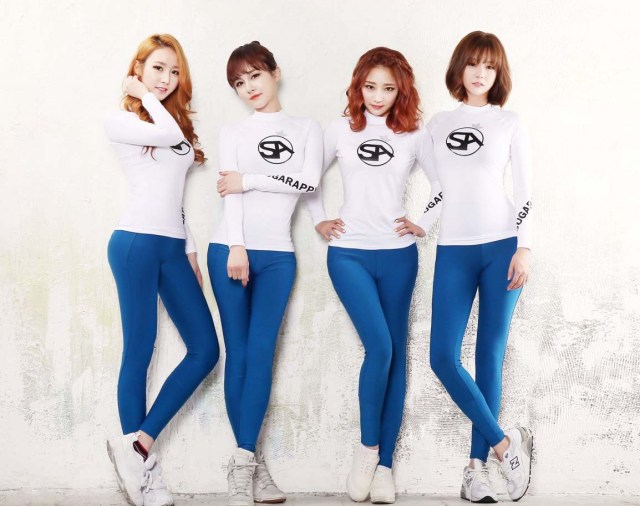 Lots of requests meant not many new songs got played this week and that was just fine!

The best Davichi song in a while, probably because it clocks in at slightly over 2 BPM once it gets going.

A song that is very very very much a soundalike of another k-pop song, I think you know which one.  It’s an inferior version for sure, but if k-pop is copying this it’s a positive sign for the genre.

Give them what, a song without falsetto?  We can hope.  The beat is good here though, it nearly rescues this one.

Ladies Code’s latest ode to animal cruelty is better than the turgid “Galaxy” but nowhere near as good as their better early songs.

The same boring sax riff stuff everybody does these days.

100% continue to be better than most boy groups, on average.

And the bonus material starts this week with this crappy piano ballad.  It’s a good thing there were lots of requests for this week’s show, it means I didn’t have to subject anyone to this crap over the airwaves.

No Soyou in the video means this is robbed of the only use it arguably had.

AAARKAAAARKKAAAARK it’s the call of the shitbird

This song is trying to annoy me and make me fall asleep at the same time.

Another group going the Red Velvet route with the washing-machine rhythms and crappy “world music” influences.

Another soundalike, this time AOA’s “Like A Cat” gets the retread treatment complete with Jimin-style squeals for no particular reason other than that song was popular so I guess they’d hope the success would transfer over.

Block B – My Zone

Surprisingly conservative for Block B, it would have made the cut for the show but I couldn’t play it because as a Japanese k-pop song I have to do secret deals with about 3 different drug lords just to get the audio for it, sorry about that.

Move along, no men to see here.

Before I clicked on this I thought to myself “what a shame it would be if the best song of the year had a really awkward and confusing title like this”.  I needn’t have worried.

Sugardonut – Piece Of A Lie

They keep refusing to be good.

A “rainbow swamp” is probably what lives outside in the creek at the back of every k-pop HQ along Gangnam where they throw out all their raw materials after they use them in MVs.

What is a group called “The Black Underground” doing not sounding like Burzum?  Fuck off.

Does Yerin even have a function except to not be Park Jimin.  Assuming it’s even that particular Yerin in this song but who cares if it isn’t, it fucking sucks regardless.

That’s it for another roundup – more next week!