It’s time again for another Kpopalypse roundup!  Let’s take a look at this week’s new releases! 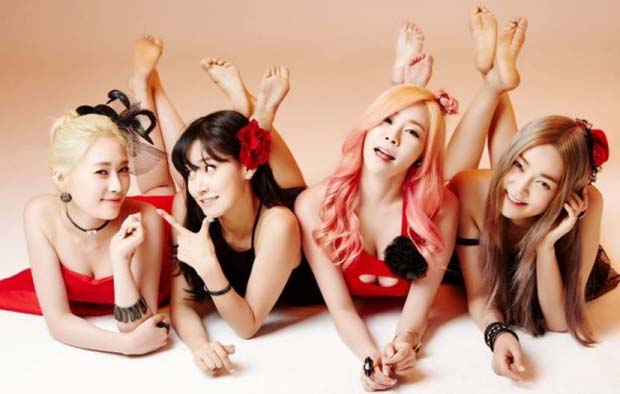 Lots of songs this week, unfortunately most of them are shit, but never mind – let’s get down to it!

New Kids On The Block were a shit group with no songs that were carried to fame purely on the basis of their members’ looks and artificially constructed personalities.  Gosh that doesn’t sound familiar at all.

Too overblown and warbly with far too crappy a chorus to be actually any good, but at least this ultra-dancehall-lite is a bit refreshing when most stuff from boy groups right now is yolo tard, dull funk or stupid ballads.

I love how the guy with the weedy voice does that silly thing at 2:23 and then the alarm comes on, it’s like he set off the Shit Music Alert.

Ailee is the latest female k-pop singer to get struck down with yolo fever, and it really doesn’t suit her.  At least she looks great in all the shots where she’s not dancing like a twit.

The guy punching that concrete wall at the start probably feels as futile as me whenever I check all the songs for the past week and try to find something interesting.

Okay, so a few listenable songs did come out this week.  The MV is the Chinese version, but radio listeners got the Korean version, not sure why there’s no Korean MV yet but hey I’ll take what I can get.

SM Station doing “short versions”, kill me.  Mind you they probably did the world a favour with this one anyway, I didn’t want to hear the full thing either.

You can spot a real nugu video when they can’t afford a colorist to match brightness and contrast levels between frames.

Heejin is apparently from a girl group called Loona, and they’re going to introduce each one of the 12 members at a time with a full MV before debuting the group.  If they’re all of this production standard, the company must have money out the ass!  The plastic spider over the face thing was also a cool reenactment of what actually happens in Australia.

Since when did 1990s black-metal style long-sleeved t-shirts with old English lettering on the side come into fashion in Korea?  Half my teenage wardrobe just became “trendy” and it feels weird.

I guess they weren’t lying,  the dick really does go in the pussy.

Lay – What U Need

Finding a playable version of this song to broadcast on air – not easy.  Finding a reason to care – also not easy.

Why do k-pop videos have some guy always walking after a girl yelling shit in her ear while she just sort of grudgingly tolerates it?  Can’t she take out some mace and spray him in the eye or something?

Not the Bon Jovi song.  Not sure if I’m grateful for that or not.

Sandeul – Stay As You Are

YEAH PUSH HIM INTO THE WATER, TAKE HIS EARBUDS, FUCK HIM HE DESERVES IT

About 20 songs like this come out in Korea each week and I’m not even exaggerating.  People think I try to cover everything in these roundups but that’s not true at all – actually I deliberately leave aside a ton of stuff that all sounds identical to this garbage because I figure nobody gives a shit.

A real paradise would be one without Jero or Dok2.

I was so happy when the funk-metal trend died in the west about 15 years ago, let’s not have Korea picking up on it thanks.

Having caucasians in the MVs for boring k-pop coffee shop songs instead of Koreans really drives home to me just how fucking insipid these videos are, because it removes one barrier of cultural distance.

More boring smooth crap.  Apparently there some perving to be had here but I can’t make it through the video that far without dozing off.

MC The Max – You You And You

This guy is really called MC The Max?  With a name like that I at least expected some lame yolo-hop or whatever, not this hideous money-note-encrusted ballad wankfest.

This sounds like a smoother Juliana Hatfield or something, without the squeaky American college student accent.  Also without the ability to write songs or use a distortion pedal but oh well.

It’s nice that there’s a bit of subtlety in the arrangement here but it’s still pretty weak and Coldplayish unfortunately.

“Lil Thug-E” sounds like a wind-up toy, I’m not sure that was the intended effect.

I’m actually quite fond of the cringey little guest spots Skull does on girl group songs, a whole song of Skull being Skull is not so good.

Scarlet Mojo-pin – I Feel The Swing

This ska-pop really woke me up after hearing all the other boring shit this week, and it’s not even that rocking relative to most stuff in that style, pity I couldn’t get the audio in time for the show.  There must be an undocumented valium epidemic in Korea or something, maybe Bom’s gotten into drug-pushing downers full time now that 2NE1 are over.

That’s all for this week – more new k-pop next week!