Kpopalypse roundup is back once again!  Let’s look at this week’s new releases! 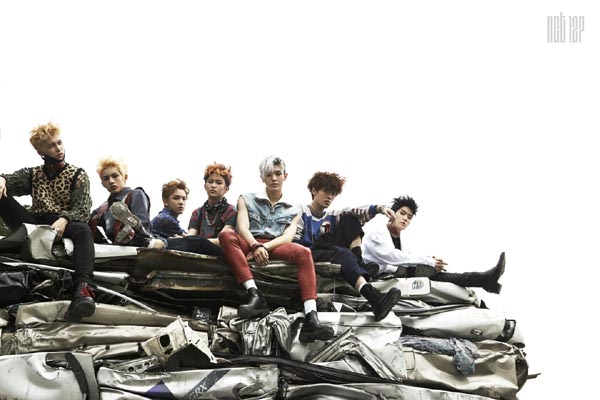 Anything shot at the beach is usually going to be crap.  Not sure why, maybe it’s because the songwriters think hot girls in swimwear are enough and so they don’t really need to try.  Of course they’re right, but it doesn’t make the songs any better to listen to.

The theme of this reminded me of Queensryche’s “Operation Mindcrime” album a bit so I went and had a listen to it and boy, do I regret it, that album has dated terribly, what a load of fucking shit!  I used to think Queensryche were cool when I was 15, which just goes to show we all make bad choices in our youth.  In the meantime this song’s okay I guess.

This is trying to be the same kind of thing as After School Blue’s “Wonder Boy” and it’s not bad but doesn’t quite get there.  It’s just a little too tricky for its own good, with too much stopping when there should be rocking.  I’ve heard Asian Junkie loves it though, not sure why he likes it so much more than “Platonic Love“, perhaps you should ask him about it.  Daily.

The full MV isn’t out at the time of writing but radio listeners got to hear the full track anyway and it’s Makestar money well spent.

Weren’t WAX supposed to be some bad-ass rocking band?  I guess that fell on its ass, because this is basically an MBK-style trot-ballad.  Pity about the Wikihow-style video, this song really needs a high-gloss production with T-ara members staring solemnly straight to camera and barely moving their lips to the lyrics while they hold their non-plugged-in mics incorrectly.

The typical generic dancey pap for morons that SM does now.  “Ooooh wow it’s so different, it’s so innovative” – I think not, you fucking moron.

I was getting really psyched up to spread my asscheeks wide and shit all over this because it’s Eric Nam and he always sucks, but this is actually pretty decent.  Ruin my fun why don’t you, cunt.

Even the Jay Park song this week isn’t that bad by Jay Park standards, i.e only in the worst 2% of all music ever, not the worst 1%.  Mathematically that’s a 100% improvement!  Go Jay!

Solar – In My Dreams

Look at those close facial zooms.  That surgeon did an outstanding job.  You can’t even see the seams or anything, Koreans know their shit.

Starts okay, but gets quickly ruined with too much smoothness, and too much Dean (i.e any).

LiVii still dresses like she has special needs but the song’s actually really good this time, once it gets going at the 1:00 mark.  Although I would definitely fuck her in that lolita dress, which she should have kept on for the entire video instead of that hippie tent fucking thing.

This girl looks about 30 which probably means that she’s about 45, why is she standing around a bunch of really young girls, it just looks like they dragged their mum out to a dance party.  GOD YOU’RE SUCH A CUNT KPOPALYPSE ALWAYS PICKING ON PEOPLE’S APPEARANCES AND BEING SUPERFICIAL WHY DON’T YOU FOCUS ON THE MUSIC?  Okay, it’s a fucking shit “4 chords” song just like every single western one.  Happy?

Like most things with zero calories, this also has zero flavour.

Weak p-funk style rap was considered a completely disgusting cancer back in 1993 but compared to the yolo bullshit we have to put up with these days (like the above and below), it’s almost listenable.  We didn’t know how good we had it.

Ravi’s song with Chad Future was better.  No, really.

If I was making music like this I’d hide my face too.

That intro had me fooled, I thought I was going to get some cool chick on the drums like S.White but NO THIS IS SHIT FUCK OFF VROMANCE

People may feel differently about Zhou Mi depending on their various upbringings, where they sit among the human diaspora, and how much they buy into the idea that a flag means any more than what a bunch of rich and powerful people who own everything thought was good graphic design, but disgusting ballads are a cancer that permeates all cultural and linguistic barriers.

The fuck is this shit.  Srs.

John Park – Thought Of You

I bet dudes planning religious terror attacks listen to music like this beforehand to get them in the mood.  We’ve got to stop them by making sure we criticise these kind of songs whenever they appear.  If it saves just one life, it was worth it.

Whatever the fuck this bullshit is

Speaking of organised religion making life shitty, I think I’ve seen enough insipid Jesus sand paintings accompanying shit k-pop songs for about five lifetimes.  I wonder if Christians ever look at this shit and say to themselves “no wonder atheists laugh at us”.

Why is this girl staring at everything like she’s on magic mushrooms.  No shit she stares at the same place on the wall for 20 seconds at a time.  It ain’t that interesting, girl.

I don’t usually feature stuff from OSTs because it all sucks but just throwing JYJ fans a bone because they’re going through hard times.  When you look at the letters JYJ, does it ever look to you like the Y is kind of a wedge-shaped letter forcing itself in between the two Js?  I bet you’ll think about that now every time you see their name.  You’re welcome.

That’s it for another Kpopalypse roundup!  More next week!