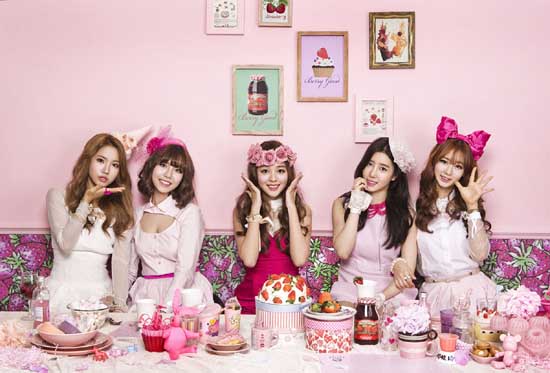 Hitomi Tanaka didn’t wish Jonghyun a happy birthday this year, so he clearly made this awful funk song as revenge.  Breakups are tough, man.

Boyfriend – To My Best Friend

Skull is becoming more listenable for me lately.  Or maybe the girls in his videos are just hotter now, I’m not sure which.  Jesus, look at this smug-looking fuck.

Road Boyz – Shake It, Shake It

People want to know if I like this song or not but everyone’s dodging the real issue – is that girl the same one who was in Fresh Boyz “Koala“?

Ailee ft. Truedy – I Can’t Live Without You

Only average but they get points simply for not calling it “Swag Time”, which could have easily happened.

It’s not too terrible but if the “secret” they’re referring to is where to find an iconic T-ara style electronic dance song, I think they need to keep looking.

Beenzino clearly read my post about music genres and how k-pop avoids drum & bass like the plague, and decided that it was uncharted territory worth exploring.  Of course he’s wrong and drum & bass is total bullshit music for fuckheads, but at least now I can edit that post with an actual D&B example!  Thanks Beenzino!

It’s only so-so, so it didn’t get on the playlist.  Cheers for the honesty Baek A Yeon, you’re making my life programming radio shows a lot easier.

On the other hand here’s some lying cunts.

This song saves itself from the yolo bin by daring to do something different with the vocoder/talk box and synths.

How many boring solo songs is Amber going to crap out?  If she wants to feel needed, this isn’t the way to go about it.

This sounds like all those English late-80s ponderous boring guitar bands with stupid hair who used too much reverb on everything.

Get Primary’s “Don’t Be Shy“, slow it down to half speed and remove everything that made that song cool and/or interesting including every last trace of dub feel and you basically have this.  Fucking horrid.

Sugardonut – Flower In The Night

“Imagine, Close Your Eyes” must have had too much quality for the Korean market so they came out with this soft-as-fuck boring pedestrian rock to pay the bills.

Okay man, we get the point about Hollywood whitewashing, you don’t have to insert yourself over America’s shitty funeral-tempo trap music too.

We Are The Night – Dial

What is a group with a name like that doing playing stuff that doesn’t sound like either Cradle Of Filth or Bring Me The Horizon, that’s what I want to know.

Features air guitar.  That’s all the reason I need to like this.

GAPP – Do You Know Hip-Hop?

Yes I know hip-hop, and it is GAPP, Korea’s answer to Bangs.  Did you know that “Bangs” spelled backwards is “Sgnab”, which is kind of like “Gapp” but not really?  Whoa.

That’s it for Kpopalypse roundup!  More new stuff next week!