It’s time for another Kpopalypse roundup!  Let’s take a look at some of this week’s new releases! 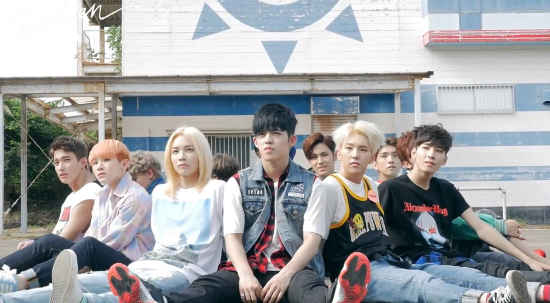 [note: write a thoughtless sentence here about this shitty song and what I think about it or I’ll get a million boring questions about it]

Suhyun is by far the most attractive person on the YG roster these days and it’s just as well that she’s pretty because that’s all this group are riding on.

People are acting like this song and “Re-Bye” are way different but they’re built from exactly the same blues-based foundation and thus are equally boring to Kpopalypse.

SM release “4 Walls” again and try to pass it off as something different by branding it as an SM Station release, but surely nobody is fooled by this… oh wait, we’re talking about k-pop fans here, never mind.

Combines that shitty trap beat that was in that fucking hideously bad A.KOR Black song, Fender Rhodes keyboards and sport in the video.  You know it’s a bad week in k-pop when shit like this actually manages to scrape onto the playlist.

Another blues-based song without proper melody or chord changes.  The video game concept is kinda cool though.

Someone on ask.fm told me that this trash was like X Japan’s “Endless Rain“, sorry but it’s not even close.

Look at him opening that car door so confidently, like he actually can afford a vehicle like that.  Poor ZE:A.

Pascol – Wish You’d Benefit From Me

What that empty space behind them is all about I’m not sure, but don’t you just want to roll by on a skateboard and push them into it?

Park Si Yeon – Thought Of You

Just like Korea’s pop stars use these crappy ballads as filler to pad out their albums, I use these same ballads to pad out my bonus songs list so it looks longer and more impressive than it really is.  Nothing of note here, just keep scrolling down.

This kid is lucky he’s Korean, where I grew up you could get a broken nose if you didn’t have a comprehensive knowledge of the band whose T-shirt you wore.  I always found Joy Division dull compared to New Order, but listening to this boring bullshit makes me with I was hearing their turgid, awful, droning “classic” “Never Tear Us Apart” for the 269823654th time instead.

Dragging in a Dynamic Duo member to grasp onto like a floatie while wading through the R&B gyre just makes you stand out more to the sharks.

He’s free!  What should he do with his newfound freedom?  Take a shower?  Go for long walks in the park?  Join BTS?  Anything but another “Kawasaki” is fine by me.

SHINyan – Because Of You (for cat)

That’s all for this week’s Kpopalypse roundup – more next week!