It’s that time of the week again – time for another Kpopalypse roundup!  Let’s take a look at this week’s new releases! 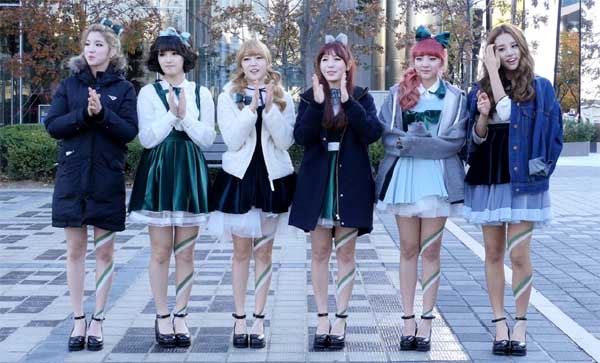 Starts off awful… and then gets instantly much, much better thanks to some great bass guitar.

Some okay ambience here – when you can hear it, which is never.  Once the song gets going the incessant vocals just crowds out everything else.  A horrible warble-fest.

Dull melodies but cool backings, now if “4 Walls” had a few subtle Aphex Twin-isms like this track I would have liked it a whole lot more.  Why is SHINee stuff better than f(x) stuff these days.  Something’s up with the universe.

Pledis are broke?  Don’t think so, morons – there’s easily $250000 worth of money spent on this… plus another $50000 just for styling that guy with the long hair into a male Boram.

Hey, how do you think Kim Hyun Joong is going in the army?  I’ve heard that army life isn’t exactly OH&S compliant and soldiers don’t look too kindly to people with lots of sharp-edged furniture in their house.  Hopefully he can stay strong and think positive.

Speaking of non OH&S compliance, these guys seemingly shot their video on the set of my Tzuyu fanfic.  I wonder if they’re k-pop group x or k-pop group z.

Right from the very first note I knew this was going to be great, and it was.  Never expected this group to even come back at all let alone make something I actually like.  Now if only they could dress themselves.

The “Love The Way You Lie” formula that Korean rap spits out a new version of each and every week doesn’t sound any better (or worse) when the genders are reversed.  Yawn.

Wable – I Want To Fall In Love

This group are aiming for Carpenters territory like Davichi were back in “Don’t Say Goodbye” days, and congratulations girls it worked, you sound just as boring.

Makes me wish I got takeaway instead.

You can’t just load up some Nintendo game, sit there on the first level doing nothing, record the sound that comes out of the speakers and make your rap track out of that.  Rappers have no determination these days.

A Fender Rhodes solo intro is always a warning sign.  The “Fender Rhodes shitball” really is a k-pop subgenre all its own.  Oh god it sucks, make it stop.

That’s it for another Kpopalypse roundup!  More songs next week!