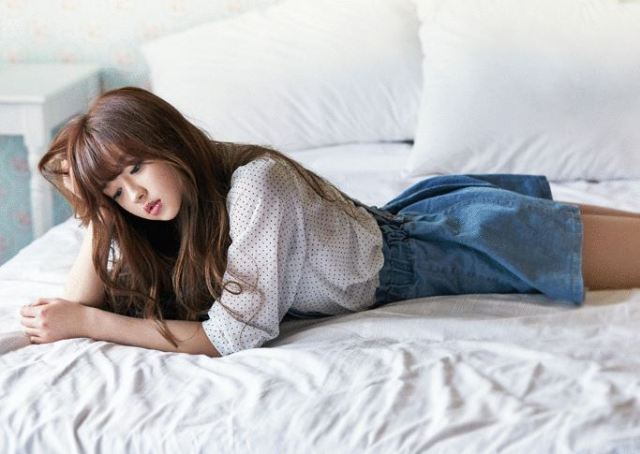 It’s Psy, doing the same sort of thing that made him famous.  It’s better than “Gentleman“, worse than “Gangnam Style“, won’t make a significant splash globally and won’t appear on any other Kpopalypse lists apart from this one here, just in case you were wondering.  CL is barely in it, and if this was released in 2012 I would have been sad about that, but it’s 2015 and CL sucks now so I’m grateful.

Psy’s other song people are raving about and no wonder – it’s the usual completely average, unexciting “organic” funk sound that is super-trendy in k-pop now and similar to recent equally boring comebacks by IU and Brown Eyed Girls.  Nothing to see here except a cool video and the Roly Poly dance, move along everyone.

Just another dull clone of every other girl group song that sounds exactly like GFriend, Apink etc. which is pretty disappointing because Lovelyz generally bat a bit higher than all those groups.

It felt like the entire Internet shat itself with complaining when I didn’t cover this song last week, so here you go: it’s strictly unremarkable boy-band material, better than some of their other crappier songs but nowhere near as good as “War Of Hormone“.  Happy now?

After an unexciting start, Laboum are starting to get consistently good songs.  People thought I’d like this and they were right.  The lack of dynamics get a bit wearying by the end of the song but that’s pretty much the only thing obviously wrong with it.

So much for k-rock, this song is about 80% electronica and doesn’t sound all that different to something I’d expect from Infinite, BTS, etc.  I guess Korean rock has just given up these days.  Apart from a surprising and fairly comical dubstep-metal hybrid breakdown nothing about this made much of an impression on me.

Snuper – Shall We Dance

The combination of the One Direction-style haircuts, cheesy grins and extreme colours make this a hard watch, but if it was a female group I’d probably dig it at least looks-wise so I won’t be a hypocrite about it and just tell you instead that this song came out a few weeks ago but is just kinda average and that’s why I hadn’t gotten around to playing it until now.

Seriously, what is this, really.  I wasn’t a huge fan of “That Good Good” or any of the other 76 songs Luhan has released since moving to China, but “Lu” makes them all sound like masterpieces.

A pretty dull typical k-pop/R&B excursion exactly like thousands of others.  An Ailee guest vocal but no Ailee in the video is the solar-powered flashlight of k-pop.

“Jump over the slump” indeed.  This doesn’t suck like all their other songs do now, for some reason.

More average-o-funk.  Korea releases about 10 songs like this per week.  Be grateful I don’t ever play all of them.

Here’s (two thirds of) a Japanese version of the BoA song that was released six months ago for the Korean market, not that I care what language it’s in because it’s still the same fairly average song, I couldn’t give a fuck if she’s singing it in Klingon or Esperanto.

Royal Pirates might have been a bit of a letdown this week but they are certainly better than Nell, Korea’s consistently awful third-rate Coldplay knock-off group.

Kpoopalypse will return next week with the last Kpopalypse roundup of 2015!