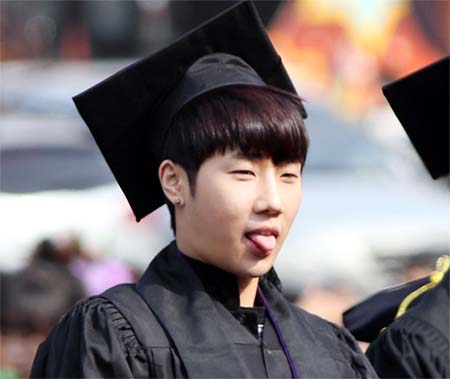 I wouldn’t go so far as to say that I like this, but “Anthem” surprised me by actually having a beat and not being the kind of yolotrap garbage I was expecting.

I thought “Apology” was worse.  2NE1’s crappy mid-paced power ballads aren’t any better when a boy group does them.

Despite being nu-metal or whatever, this only rocks slightly harder than iKon.  The main problem is that it just never picks up the pace.  What a shame, this could have been cool.

Crayon Pop’s last Japanese song was pretty awful and apart from a hilariously cool breakdown “Dancing All Night” isn’t that much better.  I think that guy milling around in the background from the 1:40 mark is one day going to become the k-pop equivalent of the Abbey Road photobomber.

This is decent, some nicely moody piano and orchestration makes it by far the best boy-group offering this week.  It also made me want to play the computer game This War Of Mine, which looks similar to the set here.  The MAP6 boys even dig through the rubble in the same way as the characters from that game.

Never thought I’d hear Tahiti do some weird ska-lite thing but here it is.  It’s pretty good like most of Tahiti’s songs, the chorus isn’t amazing but it’s the faux-ska groove that carries this anyway.

Year 7 Class 1 sound best when their songwriter’s ultra-harmonious cheese-writing is mitigated by a bit of punk guitar.  Sadly that isn’t the case here, “Believe” is far too syrupy for its own good.  I went for a piss while this song played, no regrets.

Once upon a time boy groups used to sometimes stop sucking and produce pacy, invigorating, powerful songs.  Now they just do this lame slow-as-a-snail swag trap bullshit over and over and pose lamely.  This is why we can’t have nice things, like a second k-pop golden age.

Honestly I wasn’t even listening.  I think I went to the toilet again, but for different reasons this time.

Just another song that sounds like Apink, Gfriend, etc.  There’s a lot of this kind of thing clogging up k-pop lately, and I don’t mind if the songs are good but this doesn’t have anything special about it that grabs me.

Who the fuck writes songs for this group?  This is like f(x) before they went boring recently, and just like the weirder f(x) songs I’m pretty sure nobody likes this except me.

(from now on the bonus song will actually be a bonus i.e a song I didn’t get around to playing during the show)

Dull generic pop that you’ve heard thousands of times before from western artists.  Even the supposedly “19+” video is limp, tame and unexciting.  Someone apparently showed their tits in this or whatever and I didn’t even notice, that’s how bored I was.

Kpopalypse will return next week with another Kpopalypse roundup!