People want to know if Kpopalypse supports either 2NE1’s Park Bom or A.KOR’s Kemy in the latest hilarious k-pop drama, and which side they should choose. This post has the answers!

Here’s a quick recap of the situation for those unfamiliar:

So now that we’re all up to speed, here’s what I think of the situation.  Because the Park Bom/Kemy controversy is very multi-faceted and there’s a lot to cover, we’re going to let them both battle it out in several different areas and allocate Kpopalypse approval points, then tally the results up for our final answer.  Let’s get started!

WINNER OF ROUND 1: KEMY

Kemy doesn’t smuggle drugs, or at least hasn’t been caught yet, so I’ll give her the benefit of the doubt – for now.

WINNER OF ROUND 2: BOM

Kemy can rap nice, but racks up negative rap cred by telling Park Bom off for doing drugs and not being in jail yet.  Tsk tsk – everybody knows that rappers should be championing frequent drug use and disrespect for the law at all times.  Someone needs to tie Kemy down and make her listen to NWA and Cypress Hill, stat.  (And don’t come here waving around any of that “conscious rap” stuff, that music is all by fuckheads, for fuckheads.)  So as a result, Bom has more rap cred by default despite never having dropped a single rap on anything, anywhere.

Wears a Star Wars T-shirt in some of her few promo pics: +1

It’s for Attack Of The Clones (fitting analogy for k-pop though, no?): -1

Most other outfits by Jeremy Scott: -1

It’s enough to give you nightmares, the shit these people wear.

Who cares though, can still fap: +1

Who cares though, can still fap: +1

I can fap to either in the rare instances that they are wearing something acceptable.

A.KOR’s debut song “Payday” is just a below-average clone of 2NE1 at their peak: -1

Still, it’s better than anything 2NE1 themselves have done since “Scream”: +1

Pity that none of them are recent: -1

WINNER OF ROUND 5: KEMY

A.KOR may be nothing special right now but so far they’ve mercifully avoided performing something as ear-shreddingly awful as “Do You Love Me”, “Missing You” or anything off 2NE1’s “Crush” album.  Sure, it’s early days yet – when they start trotting out the shithouse album filler ballads they may lose the higher ground here, but Kemy is safely in front for the moment. 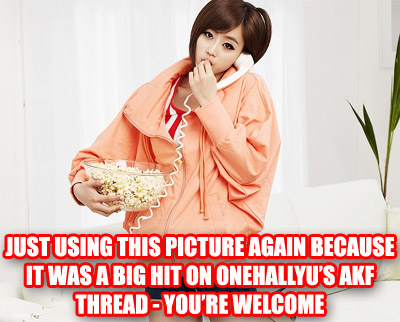 Both are catching lots of juicy netizen butthurt, from different places, in roughly equal quantities.  To tip the scales, one of them needs to step up their game and do something extra-special to be hated globally.  Crossing my fingers.

A.KOR fans seem to be quite sensible and rational: +1

Hasn’t apologised (despite fake reports to the contrary): +1 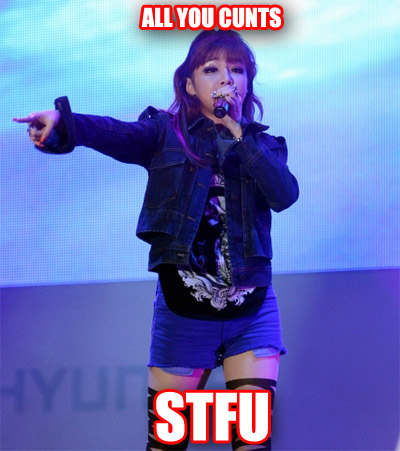 WINNER OF ROUND 8: BOM

Just because I understand the corporate reasoning behind A.KOR’s label Republic Doo being a bunch of pathetic fucking pussies doesn’t mean that I have to like it.  The more k-pop labels pander to the whims of spoiled brats, the more spoiled brats will learn that complaining gets them what they want, like a lab rat learning to push a button that releases food.  Labels need to learn to STFU… but they probably won’t.

Hilariously dumb death threats from Blackjacks all over her label’s social media: +1

Butthurt from vocalfags who don’t understand why people like to listen to her sing: +1

WINNER OF ROUND 9: BOM

Kemy has generated an admirable quantity of hate from Internet douchebags in a short timeframe but Bom is still one of the true masters at the game of extreme extended butthurt delivery.  Even if Kemy’s current impressive speeds of butthurt-generation are maintained it’s still going to take Kemy a while to catch up to Bom’s years-long legacy of giving k-pop fans the shits.

Park Bom and Kemy are both awesome and I can’t give up either.  I particularly enjoyed Kemy’s ability to make Blackjacks embarrass themselves by writing shitty laughable response raps, and Bom’s continual ability to annoy absolutely fucking everybody just by breathing in air is something I’ll always admire and aspire to.  Why k-pop fans allow themselves to get so easily annoyed about either of them I don’t know, but fuck it’s funny.  Kpopalypse shall continue to support both Bom and Kemy’s right to irritate all the rest of you. 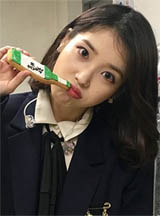 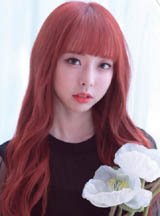