Recently I made a post about how to deal with k-pop haters.  In this post I focused on the most intelligent arguments that I could find against k-pop and took their arguments apart piece by piece, thereby (hopefully) demonstrating that it’s quite okay to like whatever music you like and other people can basically go and suck a fat dick if they have a problem with it.

However, it seems that this wasn’t exactly the kind of help that many of you readers needed.  Quite a few regular blog followers responded with the observation that not every argument against k-pop is intellectual, and that instead of knowing what to say to the smart guys, you wanted to know what to say to the basic trolls with absolutely fuckin’ stupid arguments that make no goddamn sense at all.  Never fear, Kpopalypse is here to help once again!

Kpopalypse’s secret Anti Troll Squadron has done the hard work for you, the readers!  We’ve collected five of the dumbest and most common objections to k-pop perpetrated by oxygen-wasting knuckle-scraping morons and given you the material you need to fight back! 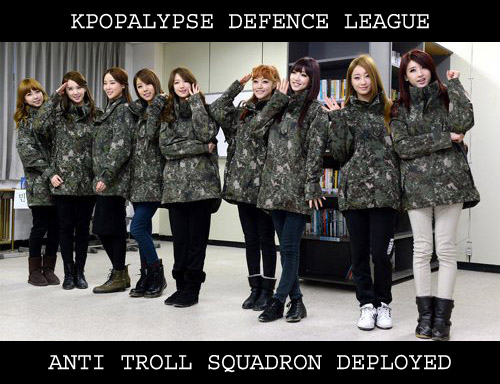 1.  “Listening to k-pop is fucking gay/you’re a faggot/you’re a girl” etc

Obviously this first response is mainly directed at male fans who are having their maleness called into question due to their music taste.  Female readers may wish to skip to the next section, or read on anyway and find out exactly how lame guys can be to other guys.

Trufax: when growing up I was always the unpopular weird skinny kid who was shunned in the schoolyard and bullied mercilessly.  On top of this, I had long hair!  I can’t count the amount of times I’ve been called a faggot, so I’m the perfect person to advise you on how to most effectively deal with this particular situation if you’re experiencing it.  I’ve met plenty of actual gay people who get called gay a lot less than I used to.  The gaydar of your average schoolyard homophobe isn’t too accurate to say the least.

“You’re a faggot” is a very standard bullying type of response that male k-pop fans get and it’s easily refuted.  It’s important not to get trapped into a morality debate here about whether homosexuality is right or wrong etc, all that matters is that the other person thinks it’s wrong – that’s a weapon you can work with.  Also don’t worry about denying being gay, “no I’m not” is exactly the kind of whiny response they’re trying to bait out of you and in any event what’s wrong with being gay especially if it annoys the fuck out of people.  Hell, I sometimes wish I was gay simply for the advanced trolling possibilities that gayness offers.  Your best bet is a response like:

“So… what sort of music should I listen to instead?”

They’re on a losing argument here because all music everywhere is packed full of gayness and therefore every genre of music has gay performers and artists everywhere.  If they’re into metal then Judas Preist is their favourite group, just because they like Rob Halford… or if they’re into more extreme metal then Gaahl of Gorgoroth is their fave… after all it’s always the bad boys who are the sexiest.  If they like rock music then surely they like straight-as-a-bowling-ball Freddy Mercury, after all who doesn’t like Queen?  Classical fans would no doubt be into Liberace, etc etc…. you get the idea.  Just change their fave depending on genre.  The exception is hardcore rap which doesn’t have any high-profile openly gay performers but the closeted homosexuality in rap music and videos is so real you can smell it so don’t let that put you off using it as an example anyway. 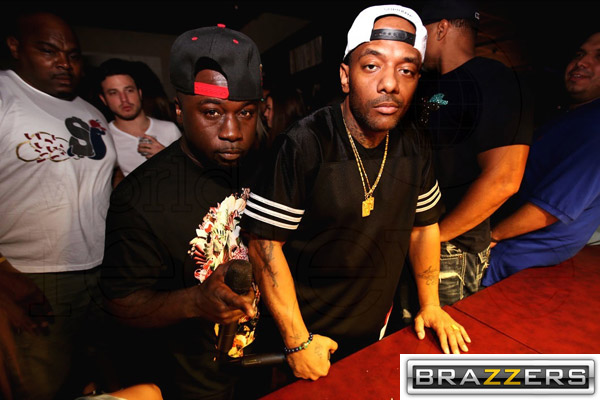 If all they say is “anything but that faggot k-pop shit” and they refuse to tell you their music taste for fear that you’ll use it against them, then that’s obviously a sign that they’re into something even gayer than k-pop, so be sure to mention stuff like Samwell’s “What What In The Butt”, “Hop” by AZIS and “Life At The Outpost” by Skatt Bros as their favourite music.  Be sure to play these songs at them at every opportunity and insist that they love it – congratulations, the shoe is now on the other foot!  Mercilessly bash them over the head with their favourite gay artist that you’ve helpfully nominated for them and soon enough they will be the ones getting upset and trotting out the “stop being so homophobic” defence which is basically checkmate for them because they’ve just admitted that homophobia is dumb and therefore their own objection to k-pop is based on bullshit.  Now you can make a peace deal.  Or, they can STFU.

Sometimes people like to harp on about the race thing, because harping on and on about race is what racists do, and there’s lots of racists about.  The typical dilemma goes something like this:

Like with the “faggot” insult, the key get these dickheads to stop is to make them wish they never fucking started.  It’s easily achieved, especially if you’re an arch cunt like Kpopalypse who doesn’t mind making enemies and pissing people off.

If they’re online cyberbullies, you’re laughing already.  Get them to flip their keyboard over and read the back.  What country is it made in?  Well, well.  So… why are they using a Chinese keyboard?  They’re obviously even more obsessed with Asians than you are.  At least you admit it, they’re still hiding in the closet, in denial – pathetic.  Now get them to flip over their mouse and read the back.  Repeat the process with their computer monitor and any other peripherals.  Gosh, not one made anywhere apart from Asia.  Talk about obsessed!  “But that’s where everything is made now!” – a convenient excuse that doesn’t let them off the hook, I bet they never even tried to investigate non-Asian computer hardware let alone actually buy any.  Happy to wallow in their Asian obsession and use only Asian products when it suits them, tsk tsk. 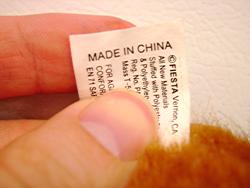 If you’re with them in person you can have even more fun.  Pretty much everything that they see and touch is going to be made somewhere in Asia so be sure to remind them as much as possible that this indicates a latent obsession that they have with everything Asian.  Clearly the fact that they find your k-pop taste so interesting clearly demonstrates their complete obsession, and this is confirmed because the clothes on their back are Asian, their shoes are Asian, their phone is Asian, and so on.  Why don’t they have an American/Australian/European made phone?  Obsessed with Asians, clearly.  Why do they wear all those Chinese clothes?  They just want to feel something that an Asian made right up close to their skin, so they too can feel more Asian.  I bet they even wear Asian underwear, it’s probably the only way they can get turned on.  Because everything is made in Asia you can go anywhere with this idea that you want to.  Keep on about it for long enough and soon they’ll be all like “okay, OKAY just shut up about it!”.  They’ll think twice before mentioning it again… but if they do, repeat the process until they learn!  Don’t worry, it won’t take long.

Because pop music from other non-Asian countries is never about image…. oh no. 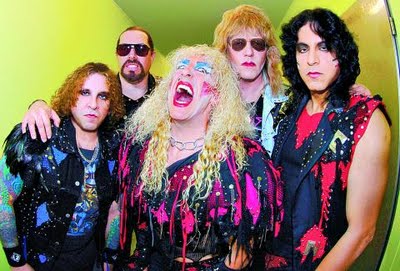 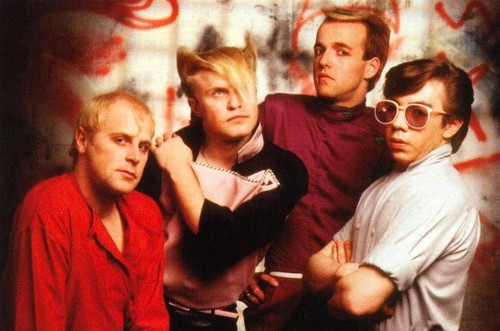 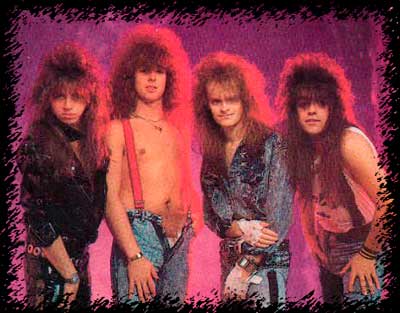 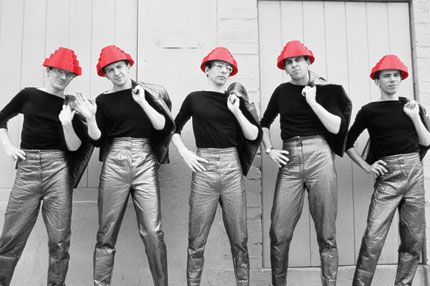 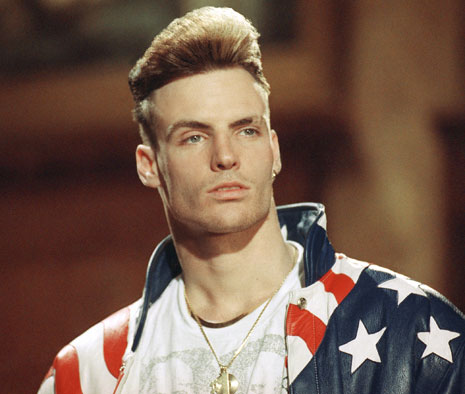 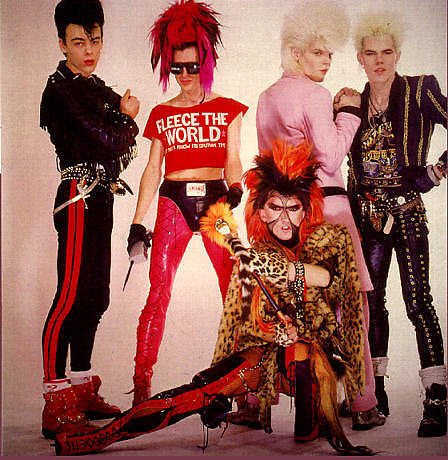 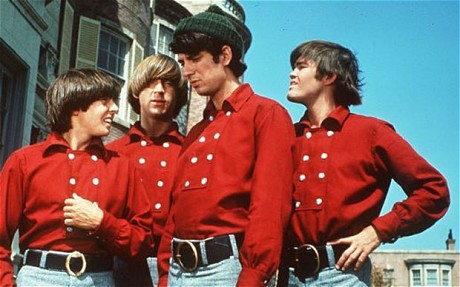 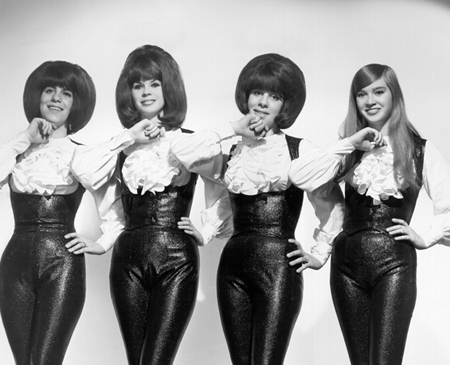 Yup – all about the music – no manufactured image here, hahaha.  Hell, even western groups that specifically shy away from portraying a visual image of themselves still have to present something visually and that becomes their image.  Nobody would think of Pink Floyd as an image-driven band for instance but they still have an image – the iconic album covers, the distinctive staging that they use… any group in any genre is still working with visual media to some extent and is still presenting an image.  Even classical musicians dress nicely in formal clothes and iron their shirts, while on the other end of the spectrum punk groups deliberately dress down.  It’s all the same thing at the end of the day.  But don’t bother trying to argue this rationally, just show anyone giving you shit the above photos and laugh in their faces.

4.  “They don’t even play their own instruments!”

Neither do half the artists pictured above.  Can you guess which ones?

Yes this is probably true but at least most of them look better than this.

Hopefully this post has been useful!  Don’t forget to share your stories of success (or failure) against the haters, and remember that the ultra-secret Kpopalypse Anti Troll Squadron is looking out for you! 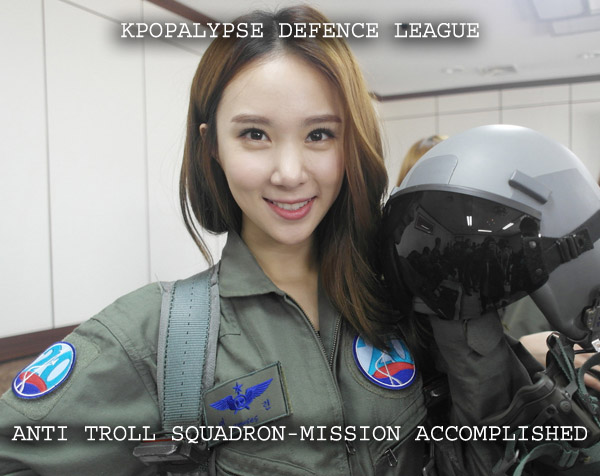